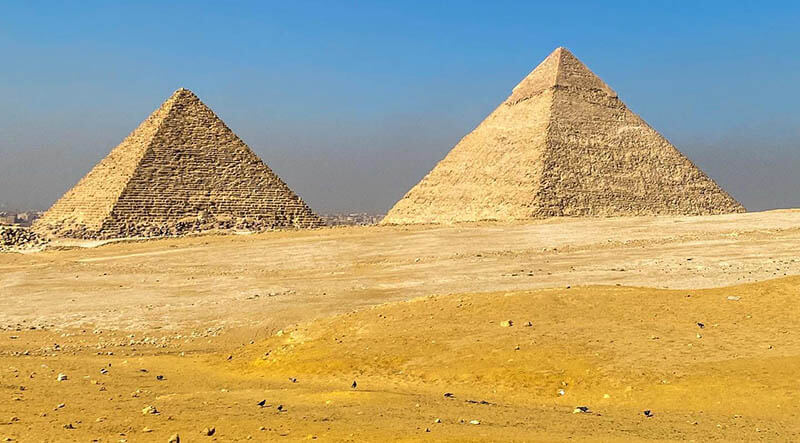 About the legendary 7 Wonders of the World – the greatest creations of mankind – everyone definitely heard in childhood, even if not everyone can remember them in order. And although most of the monuments of the history books can no longer be seen, people had time to compile for the pleasure of tourists many other alternative lists of outstanding sights that have survived to this day.

Ancient Wonders of the World

The first attempts to highlight the exceptional achievements of mankind in the list of the wonders of the world were formed in the written heritage of ancient Greek authors, starting with the Hellenistic era. “Selection” of the main monuments of all times occurred gradually.

Thus, one of the first historical lists of “wonders” was compiled by Herodotus: his “History” refers to three grandiose structures on the island of Samos – a mountain tunnel, a dam and the temple of Hera.

Soon other thinkers added to the list to seven sights: the seven in ancient Greece was considered a holy figure, was an indispensable attribute of the solar gods and myths about them.

The classical “seven wonders of the world” of the Ancient world, familiar to many people from the school curriculum, are historically associated with the Empire of Alexander the Great – the second half of the IV century BC. Of these, two sights were ancient Egyptian, four were located in the territory of ancient Greece and one – in Mesopotamia (or more precisely – in Babylon).

The Pyramid of Cheops is the most ancient, the first wonder of the world and the only one that has survived to this day. It is part of the pyramid complex at Giza, the main attraction in Egypt.

The legendary Babylonian Hanging Gardens of Semiramis, the second wonder of the world, existed presumably from the end of the seventh century BC to the first century BC, destroyed due to floods.

The temple statue of Zeus at Olympia, which reached about 12-17 meters with its pedestal, was made of ivory, ebony and gold, and stood for about nine centuries: from 435 BC to the fifth century – burned down in a fire.

The ruins of the fourth wonder of the world, Artemis in Ephesus (6th to 4th or 3rd century B.C.), are now within the limits of the Turkish city of Selcuk (near Izmir).

Of the lost landmarks, the most enduring was the Halicarnassus Mausoleum. Unusual for the middle of IV century BC, the monument of architecture lasted 19 centuries: it was destroyed by an earthquake, then partially disassembled for building materials. Ruins of the mausoleum can be seen in Bodrum, Turkey, which is now the name of the city with the historical location of the fifth wonder of the world.

Earthquakes caused the destruction of two more ancient wonders: the bronze statue of Colossus on the island of Rhodes (lasted only 65 years, destroyed in the same 3rd century BC) and the Alexandria Lighthouse in Egypt (the seventh wonder of the world, collapsed in the 14th century).

New Seven Wonders of the World

The list of New Wonders of the World, each of which continues to amaze tourists, was compiled in the first decade of the twenty-first century, in 2001-2007. Currently it is the most famous of such rankings and therefore, along with the UNESCO World Heritage List, the main reference point for tourists actively traveling around the world. It was compiled by a specially created nonprofit foundation, The New 7 Wonders of the world, based on international voting by Internet and other means of communication. About 100 million votes were taken as part of the selection of attractions, but because the conditions allowed for multiple votes, the list became questionable almost immediately after publication.

One of the undisputed leaders of the list is the Great Wall of China. It stretches across the north of the country for almost 9,000 kilometers, and including the ruins – more than 20,000 kilometers. The most famous landmark of China is organically inscribed into the landscape and is a really impressive sight. There are several sections open to tourists. The most popular is Badaling, connected by transport to Beijing.

The ancient Colosseum is an iconic landmark of Rome, its signature silhouette. This amphitheater, a masterpiece of architectural thought from the first century AD, was proclaimed a wonder of the world almost immediately after its creation by the Roman poet Marcial, his contemporary.

The symbol of Rio de Janeiro, the statue of Christ the Redeemer on Mount Corcovado, blesses the city by extending his arms above it. At night, the illuminated figure of Christ can be seen from almost anywhere in the city, but the best view is from Mount Pan de Azúcar. In the list of the new 7 Wonders of the World, the statue, erected to commemorate Brazil’s century of independence, is the youngest landmark, less than a hundred years old.

Lost in the middle of the desert in Jordan, Petra is the capital of the ancient kingdoms of Idumea and Nabataea, opened to Europeans only in the XIX century. The main attractions of Petra, the “stone city”, are crypts hollowed out in the red sandstone rocks and the rock temple of El Deir.

The jewel of Muslim architectural art in India, the Taj Mahal mausoleum in Agra was built in the 17th century by Padishah Shah Jahan in memory of his third wife, Mumtaz Mahal, who died in childbirth. Not surprisingly, today the Taj Mahal is considered not just an outstanding architectural and spiritual monument, but also a symbol of love. Every year the marble complex becomes a place of pilgrimage for millions of people from all over the world.

The lost Inca city of Machu Picchu is located in present-day Peru. This sixth new wonder of the world was created as a sacred mountain refuge when the Incas ruled over Pachacutec – in the mid-15th century. However, the highland city remained inhabited for less than a century – until the Spanish invasion, which, however, never reached it. The world discovery of the Inca “city among the clouds” happened only in 1911. Many of the mysteries of Machu Picchu remain unsolved; they are still a mystery to researchers.

The heritage of the Maya, another lost civilization of the Americas, completes the list of modern wonders of the world. The sacred city of Chichen Itza, in the north of the Yucatan Peninsula, was founded around the 7th century A.D.; the Toltecs, who later took it over, contributed to its architecture. It is unknown exactly why such a developed city was deserted at the end of the XII century. The complex of surviving monuments of Chichen Itza includes pyramid temples, game “stadiums”, ruins of colonnades, a well of sacrifices and an observatory.

Seven Natural Wonders of the World by CNN

The rating of the natural wonders of the world by the American broadcaster CNN was published in 1997. The list was compiled according to the continental principle – in order to fully cover the natural objects and phenomena on all continents, to draw attention to the problem of environmental protection.

So, among the natural landmarks of North America were the Grand Canyon and the volcano Paricutin, in South America – the harbor of Rio de Janeiro, in Eurasia – Mount Jomolungma (Everest), in Africa – Victoria Falls, in Australia – the Great Barrier Reef (off the northeast coast of the continent). The list of undeniable natural phenomena also includes one of the brightest atmospheric phenomena – the Northern Lights (Aurora Borealis).

The competition to select natural wonders of the world was also held by the New Open World Corporation. The project was implemented on a very large scale: over four years (from 2007 to 2011) about 100 million votes from around the world were processed. The contest was held in several stages: the voters had to choose from more than 440 applicants scattered in 220 countries.

The final list of winners was formed after November 11, 2011 – the last day of voting.

Among the major natural wonders were the longest river in the world – the Amazon and its jungles, and the largest underground river – Puerto Princesa in the Philippines. Along with them, the list was completed by the impressively picturesque Halong Bay in Vietnam, the mighty Iguazu Falls in South America, South Korea’s largest island, Jeju, and the national parks Komodo (Indonesia) and Tablehead (South Africa).