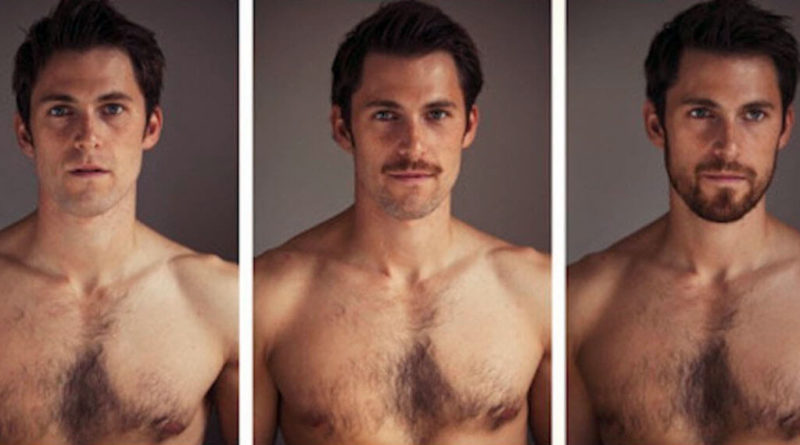 This “fateful” question, sooner or later, all men ask themselves. The state of the person as if determines the social status of the strong sex in society. And there are two options.

The first option: you can not shave, because in fashion today’s three-day bristles. True, shave on the fourth day will still have to, so as not to grow out of the stubble full beard. Of course, you can let the case on its own and take a mustache and beard. In other words, you don’t have to shave. The second option: shave every day early in the morning, taking this procedure as an obligatory element of personal hygiene. There are no interim options, as they say. Let’s take a closer look at the first and second options. That is, let’s make a kind of psychological analysis.

With a beard, men’s concerns are solid

The most important advantage in favor of taking a beard – a big saving of time. On this account, there are even statistical calculations. Someone was not too lazy to calculate that in his life a man spends 1 year, 2 months, 4 hours and 15 minutes on shaving. This is based on the fact that one shave with an electric razor takes on average 8 minutes, and a razor with a blade under the foam – 10 minutes. It doesn’t seem like much. But on a life expectancy scale, it’s pretty decent. That’s a lot to think about. The second most important argument for the beard is social. Psychologists have long proven that the same person is perceived by people around him quite differently with and without a beard. A beard gives solidity. A bearded person seems smarter. It’s a paradox, but a fact. Has he started to get bald? Let go of the beard. Has he started to go bald? Let go of the beard

Stylists even advise men over 40 years of age who start losing head hair from baldness to let go of the beard. It will become a more important part of the face than the bald one on the head. The colour and shape of the beard will then be matched to all clothing, creating a suitable appearance. At first glance, it seems to be a fairly simple solution. But it allows a man to look modern without visiting a men’s beauty salon (they are now in many cities). An interesting observation: in public transport, a man with a beard will give way even without a request from him, and a request from a man without a beard of about the same age will be ignored. The peculiarity is that a bearded man is perceived as visually older than he is in reality. A beard helps to conceal any defects in the face. Say, a rough scar or acne.

From the downside, perhaps a man with a beard has to cut it gently almost daily and trim it if the hair differs from the colour of the hair on his head. While eating, you have to make sure that the beard does not get into the plate with the beards. A joke, but quite appropriate. If the work involves any mechanisms, you have to make sure that the beard does not accidentally get under them. Otherwise, you know, it’ll come out in such a way that it won’t appear much. If you smoke, then forget about your habit. The thing is that burning ashes from a cigarette or cigarettes will make your beard fire dangerous. In addition, the smell of tobacco smoke “soaks” your beard to the point where you can forget about kissing with a beautiful floor.

Above mentioned phenomenon where the beard noticeably “ages” its owner. Especially if it is not properly cared for. If you don’t want to waste your time looking after your beard, it’s best to give it up in favor of a daily shave. That’s what most older men do. On the plus side, a man with a well shaved face is perceived to be visually younger than he actually is. This effect is achieved, again, only with a daily shave followed by a facial skin massage.

You can find the method of such massage on the Internet. It is very similar to the massage of the ladies. There’s nothing complicated about it. But remember that the effect remains only with a daily shave and facial massage followed by moisturizing with a soothing cream. It’s worth highlighting the important fact that for a good shave, you should choose the one that’s best suited to your skin type.

There are two different types of shaves

The first type is dry, using mechanical or electronic razors. They don’t shave, they cut the bristles. The only good thing about it is that the surgery takes a little time. At the same time as cutting, the skin massages a little. Minus a dry shave – quite a rough effect on the skin in places where it is difficult to cut clean hair. This usually results in itching, which can’t be eliminated with cologne (used by many men after shaving).

Razors with blades and foam on the skin provide a better shave. The advantage is that compared to mechanical razors, the blades are cleaner and there’s no need to shave daily. The downside is that the advertised blades are quickly stupid. Sometimes you have to use these blades if you don’t have any new ones in stock. As a result, there are micro-ranses on the skin, where germs penetrate and cause inflammation. Anyway, it’s up to you to decide whether or not to shave. The article only analyzes the positive and negative aspects that you will face.