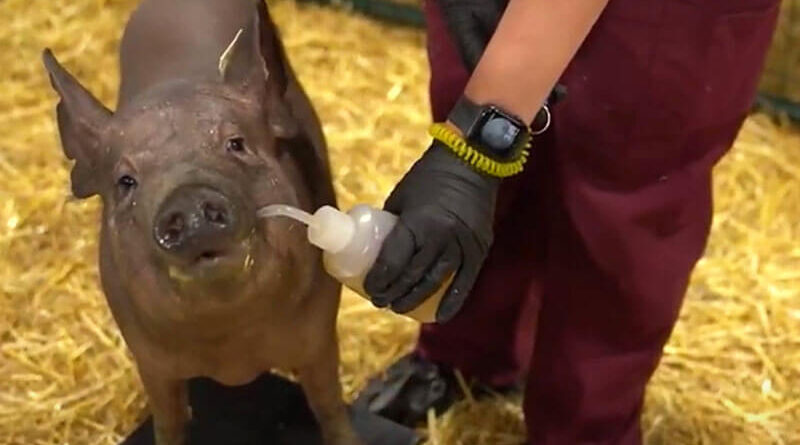 Ilona Mask’s Neuralink Neuralink startup showed the work of the neuro-interface on a pig.

In particular, with the help of an implanted implant it was possible to count the activity of neurons in the brain of this pet from all channels, reports The verge with reference to the presentation, which took place on YouTube channel of the company.

The publication notes that this is not the first such device of the company, the design has changed greatly since last year, so it is not visible on the animal.

It is known that the device itself has become much more compact, its size – 23×8 mm. Now it is made in the form of a coin and is designed to be placed on a level with the skull under the skin.

The developers have reduced the number of used electrodes by 3 times – from 3072 to 1024. The device is charged overnight by magnetic charging. For data exchange in a new generation already uses a wireless interface, rather than USB-C. The working radius is 5-10 meters.

As the edition reminds, Neuralink has not invented brain-computer interfaces – they exist and have been implanted to people since 2006. The company’s main contribution to the technology is thin flexible wires that are covered with electrodes to record brain activity.

It is noted that these threads have more electrodes than other systems. In other words, their bandwidth is much higher. In addition, they do not cause such serious damage as hard needles. However, foreign objects in the brain break down with time, and smaller ones break down faster.