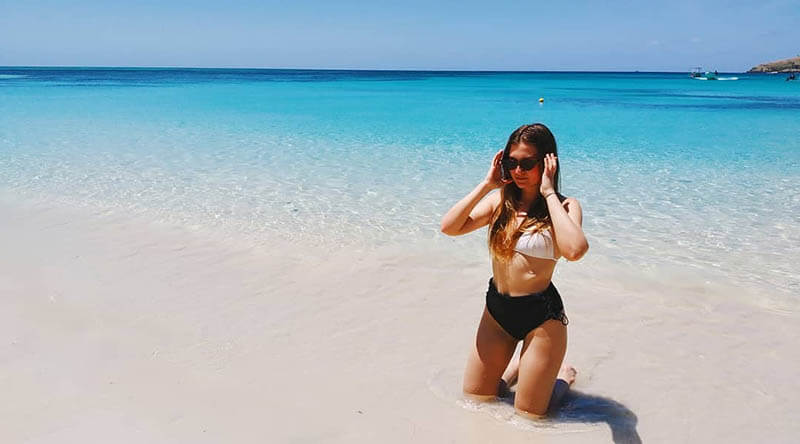 The first thing that comes to mind when a Russian mentions Sweden is “the Swedish family. And some will smile snidely and begin to snicker with pleasure. They say the Swedes are lucky, they live at least in threes, share one bed for all and are not embarrassed about it. But as soon as you get into this harsh Nordic country, all the stereotypes and misconceptions shatter into a thousand pieces, like Kai’s heart that flew out of the hands of the Snow Queen and fell on the tile floor with heating. I ran after the Swedes, asking them questions, and they looked at me like I was a fool. One even wanted to charge me between the teeth with a stick for such intimate questions and remove himself from the box for a few minutes.

So why did we decide that the love tee was specifically a Swedish craze? Did ABBA’s provocative poster of one album get so into the hearts of the Soviet citizens that they spread the rumor about the mayhem in the dressing room all over the Union? No! But the root of the whole problem is to be found not only in the country, which shut itself behind the Iron Curtain and spied on everybody else, opening the curtains, but also in the capitalistic transatlantic world, which gave the whole world another definition – “Swedish Sin”.

Surprisingly, many say that the origins of all this ugliness should be sought in the sexual revolution, which was unfolding on the territory of the USSR. It was during the Cold War that we tried to convince the whole world that “we do not have sex,” so Soviet children were found in a vegetable garden in cabbage, very close to nuclear missiles and with a vodka-flavored pacifier in their mouths.

But if to dig a century back in history, it appears that even before occurrence of society FEMEN in Moscow there was a pre-war radical nudist community with rather clear name “Down with shame” which in the beginning of 1920th strolled in the new-found capital naked, putting only a ribbon over a shoulder with that inscription “Down with shame”, logically. Well, their idea was that real equality could only be achieved by refusing to wear clothes, so there were special evenings of the naked body and festive pussy-jumping parades through the streets of Moscow and Kharkov. In 1925, the 14th Congress of the All-Russian Communist Party banned them, but the historical fact of emancipation remained, all the more so at that time, together with the new “code of marriage”, communes were spreading through the country.

Just imagine, men and women lived in large numbers in one area, which not only did not contradict Lenin’s ideas, but on the contrary, fully met them, because they contained the main idea of the fundamental impossibility and unnecessity of separate housing for each person, even in the form of a separate room. Thus, marriage became a relic of the past, and the Komsomol family with one room for everyone became the ideal future. Men and women lived in such a “Soviet Swedish family” of their own volition, sharing the household, eating, laundry, cooking, cleaning, and indulging in intimate pleasures. By the way, former commune houses can still be found in your city.

The situation changed when Stalin came to power. The country needed factories, the factories needed slaves who did not waste extra energy on love affairs. This is why “sensuality” began to be frowned upon by the authorities, and the family again became the basis of society. But the memory of the communes remained for a while…

In the 1970s, therefore, when the sexual revolution swept the rest of the world, the Soviet Union was informed about the communal system in Sweden, and one of the grandfathers recalled with a hint of nostalgia his adventures in the early 1920s, rejoicing at the Swedes at the same time. The Swedish magazines and movies with a rather racy content were put under the Iron Curtain, and the band AVBA, which was gaining popularity, reinforced this theory amongst Soviet citizens, who gave the whole affair its “Swedish family”.

It is said that the notion of the “Swedish family” came to the Soviet Union in a modified form through the sieve of the Iron Curtain, because a different statement about “Swedish sin” spread through America and Great Britain at the same time and formed the basis of the Scandinavian emancipation.

In fact in the late XIX century Sweden, like the rest of Europe experienced a particular era of interest in the naked human body. In Germany there was the Freikörperkultur – what later became known as naturism or nudism. In Sweden, on the other hand, there were their own analogues to this movement, clubs that promoted a healthy lifestyle and naked outdoor recreation, which included group bathing in the not too warm sea. The only innovation of the Swedes in this matter was that on public beaches, for the first time, men and women were allowed to swim together! It is true that this had little to do with “sin” itself, although it was this very moment that caught the attention of the overseas public.

It would seem that a very common hobby found its way into the arts, as in the Italian film “Svezia, inferno e paradiso” (Sweden: Hell and Paradise), a scene of bathing together after a sauna appeared. But unfortunately for the Swedes, the movie made it to the shelves of the American box office, where it gained a cult status. And for those who don’t know, the film was the climax of the “Swedish myth”, collecting all the clichés appropriate to the country. Platinum blondes bathe naked in the river, inject themselves with mysterious drugs in Stockholm brothels, and engage in chaotic sexual relations. The pseudo-documentary even features a garage girl band performing exclusively topless in public.

This is how the American producers got a stamp of libertinism among the Swedes, which they gladly reproduced in the next films, using the vulgar image directly and going deeper and deeper into sin. In addition, they found a suitable Scandinavian actress, Kristina Linberg, who, in exchange for dollars, starred in all this trash. In short, she herself helped replicate the infamous Made in Sweden, Diary of a Teenage Girl, Journey to Japan and the canonical Thriller, on the basis of which Tarantino created one of the lines in Kill Bill.

But even that was only a drop in the ocean, for the real description of the “Swedish sin” came from a different sphere, from politics. The occasion was Time magazine of April 25, 1955. There is a suitable article by Joe David Brown, a regular columnist and a popular novelist at the time, called “Sin and Sweden”.

The text begins by describing the woeful decline of the church in the country: the Lutheran hierarchs have no say when it comes to matters of public morality. Whenever they say something about, say, the inadmissibility of abortion, they are attacked by a horde of critics who are insane with permissiveness and are backed by the socialist government. Socialist – which means practically communist. Here are the poisonous fruits of this God-awful ideology: there are over 27,000 unmarried couples in the country! What’s more, these couples also dare to have children – about 10% of babies are born bastards in Sweden. And that’s with 5,000 abortions a year plus the basics of sex education in school – really, could there be a better illustration of the hell that a progressive income tax prepares for society? Yes, Sweden is one of the most prosperous countries in the world, and yes, it has a level of income unimaginable in America for ordinary people. Nor is there a NKVD or gulag like the Communists in Russia, but there is a spiritual gulag, and it applies to all of society.

The narrow circles involved say that the article was not written for nothing, but was a response to Sweden’s reluctance to join NATO. So the U.S. press began to look for some reason to put media pressure on the organs of the Swedish apparatus, and in the mid-1950s, the destruction of “spiritual bonds” was quite a weighty and influential argument for the American public. It was not the first or last article of its kind, for in 1951, Henry Grunwald, the editor in charge, wrote in the same Time about “growing unease in Stockholm” with “gangs of prostitutes, homosexuals and other rabble-rousers” infesting its streets. The final point was made by President Eisenhower’s publicly condemnatory speech in Chicago in 1960.

So if you think that the image of a waffler with a hat with earflaps, imposed on us by America, does not fit with current realities, then think about the Swedes, who for half a century have been trying to prove to the whole world that they do not let each other in circles.