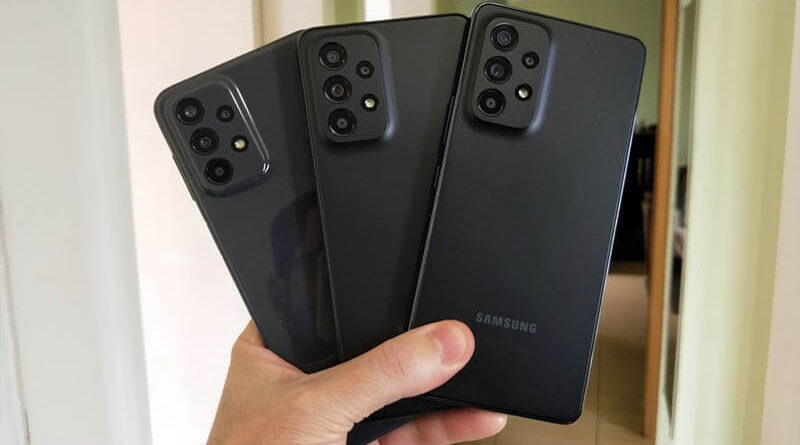 Throughout the year, we have been watching together with you how mobile technologies are developing and how cool modern smartphones have become. Unfortunately, this does not apply to every device on the market. Along with good phones, there are often disgusting models that you want to throw away immediately after purchase. Although such devices are completely uninteresting in terms of technology, you need to know them by sight so that in 2023 you do not make a mistake by buying a bad smartphone for yourself or someone close to you.

Redmi 10A – a phone that doesn’t work well

It is unreasonable to expect great achievements from a cheap smartphone that sells for less than 5,000 hryvnias in official retail, but the Redmi 10A is not just another Xiaomi bargain, but evidence of the company’s indifferent attitude to its fans. Now this is the phone with the lowest rating in the Yandex Market among the 2022 models, and the negative reviews it received are well deserved.

The device uses the Helio G25 processor, familiar from the 2020 Redmi 9A, and its storage is made according to the old eMMC 5.1 standard, introduced 7 years ago. This combo becomes the key to the slowness of the smartphone when solving basic tasks such as opening sites in a browser or viewing updates in a social network feed.

In addition, Xiaomi managed to leave a MicroUSB connector and a mediocre screen in the 2022 device, the peak brightness of which is not enough even in cloudy weather.

Samsung Galaxy A23 – the king of bad Samsungs

Samsung is one of those manufacturers that many buyers mistakenly consider reliable. In the segment of flagships, the Koreans can really offer something special, but the owners of inexpensive phones of the brand receive scraps from the gentleman’s table in the form of technologies of 7 years ago.

The official price of the Samsung Galaxy A23 smartphone in the basic version 4/64 GB is 10,000 UAH, which gives reason to expect at least tolerable characteristics. But in fact, the buyer receives a device with a cheap PLS-display, which is comparable in quality to the Redmi 10A screen, and the set of cameras for this money looks depressing: the base in the face of the infamous Samsung S5KJN1 sensor, a shameful 5 MP ultra-width and an 8-megapixel front camera.

And yet the main drawback of the device is the speed of work. The Snapdragon 680 processor is not the worst solution in its price range, but everything is spoiled by the internal memory of the eMMC 5.1 standard, through which applications are installed and run at the same speed as on the Redmi 10A.

If a cheap Xiaomi smartphone can be forgiven, given its cost, then seeing constant friezes and feeling the general slowness on a Samsung for 10,000 hryvnias is a real test that smells like mockery from the manufacturer. It is not surprising that retailers have reduced the cost of the device to an acceptable 8,000 UAH by the end of the year, but for this money you can find a more interesting smartphone.

Realme 9 Pro – a new phone that has become worse

When a manufacturer releases a new model, you unwittingly expect it to improve on its predecessor. However, the realme series does not follow this rule, which is confirmed by the realme 9 Pro smartphone, which has become the third successor to the realme 6 Pro. There are two years of difference between the presentations of the devices, but has much changed during this time?

Over the past two years, the smartphone has acquired only a higher refresh rate and a slightly smoother battery. At the same time, if we dig deeper, it turns out that the realme 9 Pro is worse than its predecessor in many ways:

the front camera of the old smartphone has an additional camera with a wider capture angle;

the realme 9 Pro processor does not allow recording video in 4K;

I think now you understand without further comment that realme 9 Pro is an extremely unsuccessful device that looks good only in isolation from its predecessors, which were released in previous years.

For a long time we have not heard anything about HTC, but in 2022 the Taiwanese decided to remind about themselves by releasing HTC Desire 22 Pro – a smartphone for the metaverse. Unfortunately, behind the bold positioning hides the most ordinary device, the only feature of which is the ability to interact with the virtual space Viverse, for which you still need to buy an HTC VR helmet.

The smartphone is made of plastic and looks cheap, which is emphasized by the wide bezels around the screen, and from a technical point of view, HTC Desire 22 Pro is a typical representative of the budget segment on the Snapdragon 695 processor, with a 64 MP camera and a 4520 mAh battery, supports . Everything would be fine, but the price of HTC Desire 22 Pro is not 10, not 15, but 20,000 hryvnias.

For this money you can buy Xiaomi 12T, and pay for the Internet for several months in advance and read on our website how to use VR on your phone. And you will not need any Viverse metaverse with its NFT tokens.

Sony smartphones are considered unusual due to their elongated body and notchless screen, but I would call them rather marginal. This year, the Japanese company released the flagship Sony Xperia 1 IV. In our retail it is sold for about 70 000 ₽, and its characteristics on paper look incomparable:

a screen with a resolution of 4K;

3 functional cameras at the back without marketing 48, 108 and 200 megapixels;

But as soon as you take this smartphone in your hands, it immediately becomes clear that you were deceived literally in everything. Despite the declared 4K resolution (3840×1644), it is available only when viewing photos and in the Camera application, and in all other scenarios the screen shows 2 times less pixels. The peak brightness of the OLED matrix does not exceed 650 nits, which corresponds to the performance of IPS panels, and the refresh rate of 120 Hz after a few minutes of active use is reset to the standard 60 Hz.

Poor implementation of the already not the most successful in terms of stability Snapdragon 8 Gen 1 processor due to overheating can stop video recording on a smartphone at any time, whose killer feature is the camera. And even in photo mode it is far from ideal. The camera system not only consists of old and small sensors, but also avoids using artificial intelligence for more contrasty shots. And why do you need such a camera phone when you can buy Samsung Galaxy S22 Ultra or Xiaomi 12S Ultra for the same money?