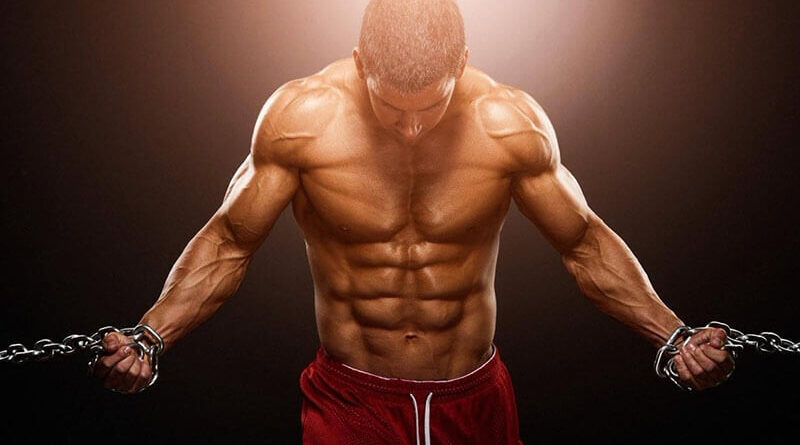 The name of the hormone is derived from the term “testicle” (testicles). It is in this sexual organ that the hormone is produced with the help of a special substrate – sterol.

In the normal functioning of the body, testosterone production is a well-established process. It controls the production of the hormone hypothalamus – part of the brain.

Every day the male body produces about 7 mg of the hormone. But it does not accumulate in the testicles, and enters the blood, and thus spreads throughout the body. Further testosterone is transformed into dihydrotestosterone, which is involved in the work of the genitals, muscles and skin. It also takes part in the functioning of the nervous and cardiovascular systems.

The hormone appears in the body of the male fetus at an early stage of pregnancy. At 7-11 weeks of pregnancy, the embryo already has a reproductive organ. If this hormone is not enough, the child may be born with a small penis.

During puberty, testosterone is used to ensure the growth of body hair, moustache and genitals. It also awakens sexual desire and triggers the production of sperm.

Myth #1 Testosterone is associated with masculinity and aggression…

Many people associate testosterone with a muscular and courageous man who regularly goes to the gym and does strength exercises. In fact, there may be plenty of testosterone in a nondesculist man who simply does not go to the gym.

Scientists have debunked the myth that the hormone is associated with aggression. No connection studies have found It’s all about stereotypes. Society believes that the male sex is inherently more prone to hooliganism and aggression than the female sex. Medics claim that there are many timid and neskulist men who have full order with testosterone, as well as many aggressive women with a normal working endocrine system.

In many people, testosterone is associated with persistence, perseverance and purposefulness. This opinion was also backed up by science. At the beginning of the century, scientists believed that due to the presence of the Y chromosome and the predominance of one brain hemisphere over the other, men more easily learn the exact sciences and have a better chance of success.

To date, this view has been refuted by a number of other more progressive studies. According to new experiments, women have almost no less chance of successfully mastering the exact sciences and climbing up the career ladder.

If there is a trend that men are more likely than women to be in leadership positions, it is because of gender stereotypes.

Myth No. 3 Testosterone and Sexual Attraction

Of course, the hormone is associated with libido, but its abundance, and in general, its presence does not mean that a man 24/7 ready to have sex.

The hormone is produced constantly, but its increased production occurs at night and in the morning, so often men have an erection in the morning. When the hormone level drops after night and morning, men concentrate their thoughts and actions on something else.

Stressful situations and depressive states can neutralize the effects of testosterone, resulting in men having problems with erection and sexual desire.

Myth #4 There isn’t much testosterone…

It’s been argued that the more testosterone, the better. However, an increased amount of testosterone can cause health problems. Excessive amounts of testosterone in the body can provoke sudden mood swings, bursts of aggression and sleep disorders. This condition in turn can lead to craving for cigarettes and alcohol.

In addition, increased testosterone may cause acne, hair loss and pressure build-up. There is also an increased risk of heart and vascular problems.

According to experts, it is extremely undesirable to disrupt the natural hormone production process (if it does not deviate from the norm). The harm to your health will be greater than the imaginary benefit and the opinion that testosterone will help you become successful and muscular.

If for any reason the hormone is too much or too little compared to the norm, you should see a doctor.

The body is prone to self-regulation, including the production of hormones. If there are no abnormalities or unpleasant symptoms, it is better not to interfere with the hormonal background to avoid unpleasant consequences.