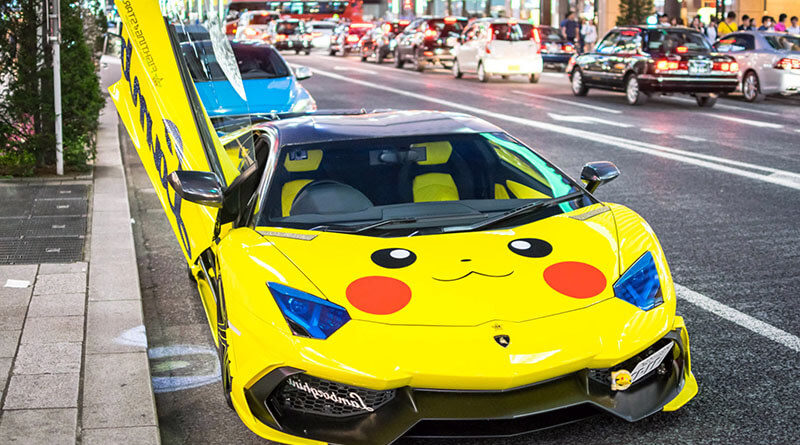 Traditionally, most tuning cars (especially factory cars) are either slightly more powerful than their analogues, or have slightly modified appearance. As a rule, car companies try not to change the appearance of basic models and not to make significant upgrades in car tuning. But in addition to lightweight tuning, there are a lot of models in the car world, which have undergone significant deep tuning. We offer you an overview of cars that have been significantly upgraded in the process of tuning, either externally or technically.

The basis of tuning: BMW M3

The G-Power company claims that their tuning model based on BMW M3 in the body of the E92 (produced from 2007 to 20013), is designed for both racing circuit and ordinary roads. In the process of deep tuning not only the appearance of the car has changed, but also was significantly upgraded power unit M3. Thus, the volume of the V8 engine has been increased to 4.5 liters, resulting in an increase in power to 720 hp. (maximum torque has been increased to 650 Nm).

At first glance, the Mercedes Vito 119 CDI Mixto minibus has little to inspire any tuning. But Hartmann has proven that there are no cars in the world that are not suitable for tuning upgrades.

As a result, a model Hartmann VP Spiri based on the Mercedes Vito 119 was born.

In addition to the significant modernization of the exterior and interior, the car received 19-inch wheels with 245 rubber and a sports body dodger. As a result, the vehicle has been changed beyond recognition compared to the factory version.

The basis of tuning: Maserati Levante

As a result of tuning, which was named “Esteso” crossover has received significant design changes, due to the expansion of wheel arches and volumetric body dodger. In addition, engineers of the tuning studio increased the capacity of the car to 494 hp.

Don’t you like the factory standard RAM 1500? For those who want an individual huge off-road vehicle that would scare everyone on the road, there is a tuning version of RAM 1500, which is called XXL SuperSize WideBody TTS.

In addition to the increased road clearance the car is 32 centimeters higher than the usual version, and 23 centimeters wider.

The basis of tuning: BMW M2

You need the perfect little sports car for your track. Then you need the tuning version of the Lightweight M2 CSR, which is 200 kg lighter than the original model, due to the use of carbon fiber instead of standard body components.

But the real highlight of the M2 CSR is technology.

First, the Lightweight M2 CSR has an engine block from the BMW M4 GTS model. Thus, the super lightweight M2 has an output of 598 hp with a maximum torque of 737 Nm. The rear-wheel drive M2 is also equipped with a differential with increased friction.

As a result, the machine has a maximum speed of 328 km/h.

This year the tuning studio Techart is celebrating its 30th anniversary. In honor of this event, the company’s designers developed a tuning version of Techart Magnum Sport Edition based on the Porsche Cayenne Turbo S.

The SUV has been substantially upgraded. Thus, the vehicle is equipped with new turbochargers, modified exhaust system, sports air filter, and an upgraded engine management program. As a result, the Cayenne Turbo S received an additional 150 hp and 120 Nm of torque.

As a result, the tuning model Techart Magnum Sport Edition now has an output of 720 hp. (920 Nm).

For those who, having bought the Tesla Model S P100D, consider the design of the car not interesting and reflect the character of a powerful electric car, the company Prior Design has developed an aerodynamic package of external tuning.

By the way, the outer dodger can be made of both plastic and carbon. However, you will have to pay a lot more for carbon fiber.

For those who own an expensive supercar Audi R8 V10 Spyder, but it lacks something, experts of Fostla company from Hannover have decided to create an interesting tuning, which essentially changes the exterior of the car due to special gold paint and shiny black inserts.

In addition to the exterior, the car also received a sports air filter and new software for the engine control unit. As a result, the V10 engine power was increased from 525 to 620 hp. However, all these technical improvements are carried out by Fostla partner PP-Performance.

When the Mercedes-AMG S 63 leaves the production hall, it is a model that combines luxury and sportiness in a very beautiful body. But for the most capricious wealthy customers, Fostla decided to upgrade the factory version of the Mercedes-AMG S 63 Coupe. The main highlight of the tuning version is an unusual matte orange metal body color, which is also equipped with a dodger from Prior Design, as well as huge 15 spokes wheels.

As the basis of the Hennessey “The Exorcist” (translated as “The Exorcist” means – “Exorcist of the Devil”) was used sports car Chevrolet Camaro ZL1 with 6.2 liter V8 engine rated at 659 hp and 881 Nm. By the way, the same engine is used in the Corvette Z06.

Hennessey decided to significantly upgrade the Devil by replacing the heat exchange system, installing a new cylinder head, using a new camshaft, and equipping with a new stainless steel exhaust system. Among other things, the Hennessey “The Exorcist” received a new engine management program. As a result, the tuning Chevrolet Camaro ZL1 got the power of 1014 hp. (maximum torque is 1310 Nm).

When we think about crazy cars, the first thing that comes to mind is a Mercedes G 500 4×4² SUV. It’s an off-road monster with increased ground clearance. The G 500 4×4² would seem to have no reason to tune-up. But that’s not what Brabus thinks.

They decided to make a Brabus 500 Adventure 4×4² based on the basic version of the car.

The first thing the Brabus engineers did was to increase the standard off-road power from 422 hp to 550 hp, as well as maximum torque from 610 Nm to 800 Nm. As a result, after the modernization the vehicle is able to accelerate from 0-100 km/h in just 6.7 seconds.

The basis of tuning: Audi R8

Many tuning studios love the Audi R8. As a result, you will find a lot of different versions on the world car market. For example, the company Abt offers an amazingly powerful and aggressive model based on the factory sports car.

As a result of various transformations and upgrades, the supercar received an additional 20 hp. As a result, the 10-cylinder Audi R8 now has a power of 630 hp.

The basis of tuning: Fiat 500 Abarth

For fans of powerful versions of Fiat cars the name “Abarth” is not an empty word, as under this brand are produced tuning versions of mini cars. But if someone wants more and he doesn’t have enough powerful cars “Abarth”, then there is another tuning studio that likes to carry out a deep upgrade of mini cars. We are talking about the company Pogea Racing.

For example, there is one interesting model in its lineup. Pogea Racing “Ares”. This car is based on the Fiat 500 Abarth.

This car has no equal. The most amazing thing hides under a hood.

I wonder what it feels like to drive a car the size of a box from a big plasma TV at such speed?

The basis of tuning: Smart Fortwo

Are you ready to give 53,000 Euros for a micro car? Probably not. But surprisingly, there are many people in the world who are ready to buy such mini cars. We are talking about a Smart Brabus Ultimate 125 with 125 hp and 18-inch wheels with a bright exclusive body color.

The basis of tuning: Porsche 911 Turbo

The basis of tuning: Bentley Bentayga

Surprisingly, there are a lot of people in the world who, having bought a Bentley Bentayga, consider it not glamorous.

Lumma Design has developed fantastic tuning for these people. We are talking about a model Lumma CLR B900, which is not much like the factory SUV.

Surprisingly, despite the more conservative fashion in the world of tuning, tuned cars with wide wheel arches are still in demand in many countries.

For example, the model Liberty Walk BMW M4 based on the Bavarian coupe of the same name received wheel arch extensions, which changed the exterior of the sports car beyond recognition.

In particular, the car received new bumpers and side aprons, which were different from the standard ones.

Basics of Tuning: Do you have a penchant for giant big convertibles with strange color combinations? Then you will like this S-class tuning. Especially in the color of “dollar bills.”

This tuning was developed by Carlsson. In addition to the appearance, the car has received an increase in power from 455 hp to 550 hp. The maximum torque has also increased from 700 Nm to 800 Nm.

The basis of tuning: Mercedes-AMG G 63

Take three ingredients: Mercedes, Tuning and Mansory and you’ll always get a monster in the car world that’s ready to overshadow any competitor on the road with its aggressiveness.

Something similar has happened to the Mercedes-AMG G 63 off-road vehicle, which the Mansory specialists have worked with.

In addition to the fact that the vehicle has become wider by as much as 4 cm, it also received a new exhaust system, as well as optimized engine management software. As a result, instead of the standard 544 hp the vehicle now produces 840 hp. Maximum torque after the tuning is now limited to 1150 Nm.

The basis of tuning: Ford Mustang

Today no one will be surprised by the police Audi R8, VW Scirocco, Porsche 911 or Chevrolet Corvette. And how do you like the police version of Ford Mustang?

The basis of tuning: Porsche 911 Turbo

The Porsche 911 Turbo in its current generation is already a strong sprinter on the road, thanks to its 580 hp power. As a result, the car from 0-100 km/h accelerates in just 2.9 seconds.

But the tuning company Techart decided that the factory 911 Turbo must be made more aggressive.

So, the model Techart GT street R was born.

As a result, in addition to increasing power from 580 to 640 hp and torque up to 880 Nm, the car received a deep external tuning. Thus, it got a new front bumper, active rear antifender, light hood, fenders with vents, a new rear bumper.

As a result of modernization, the sports car can now eject from 0-100 km/h in just 2.7 seconds.