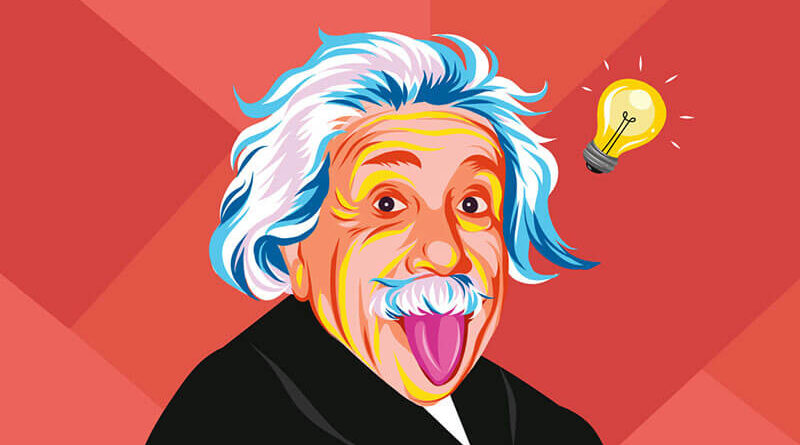 The faster a person really assesses his own abilities in different areas, the higher his chances of success in life. Congenital “Q-factor” – a combination of talent and skills – is the main indicator of possible efficiency. It is this combination that allows some people to outshine others, reaching the top.

“Success can be mystical and mysterious. But if you don’t know the fundamentals of the mechanics of the universe, you can think the same thing about gravity and the rotation of celestial bodies. But then physics identified and found out the forces that make apples fall. Magic has become a simple equation.”

Success can be mystical and mysterious. But if you don’t know the mechanics of the universe, you may think the same thing about gravity and the rotation of celestial bodies. But then physics identified and found out the forces that make apples fall. Magic became a simple equation.

“The same transformations are possible with the perception of success,” writes physicist Albert-Laszlo Barabasi in his blog on TED Ideas. The author and expert in network theory, a scientist at Northeastern University explains how his team developed the formula for success. And the equation looks really simple: S = Qr. S is a product, r is the potential value of an idea, Q is a person’s ability to realize that idea.

HOW DOES IT WORK?

According to researchers, each person has their own “Q-factor” – a combination of innate talent and skill that allows you to assess how effective it is in their field. “If a person who is not too talented in the chosen area faces a great idea (with a high r value), the final result will still be unimportant. It will be extremely simple: a fantastic idea is a mediocre performance. Remember the first Apple Newton handheld device with its incompetent handwriting recognition. The formula works in the opposite direction: even the most talented person will make a weak or mediocre product if they get a weak idea (r value),” explains Barabasi.

When a great idea and exceptional skill converge at one point, an incredible result is achieved.

DOES IT REALLY WORK?

It all seems logical, but is it really useful? How can this equation help those seeking to increase their chances of success? Barabasi says that in two ways.

First, mathematics proves that the more ideas you have – the more you include a certain value in the equation, the higher your chances of success. But you’ve probably heard it before. We all know that persistence is necessary for success, even if some of us are not aware of it. In other words, you can succeed at any age: all that matters is the ability to generate the same amount of ideas.

But this equation also reveals another, less known but perhaps more important truth about success. It is a moment of which we do not think much, because it is not so inspiring. Simply put: personal qualities matter, but, excuse me – even if you will work hard and hard to succeed in a given field, but you simply do not have the talent and ability in the chosen field, the desired result will not be.

You don’t believe it? Mathematics doesn’t lie. “Once my team and I figured out how to measure a scientist’s ‘goodness’, we found out that this value has remained the same throughout his career,” Barabasi said. – It’s very simple: we all start with a certain Q, – high or low, and this Q-factor remains with us until retirement. It was hard for me to believe I was an equally good scientist when I was writing my first research paper at 22. And you probably feel that you weren’t as comfortable in your field at 20 as you are now. However, we spent six months rechecking our findings and came to this result.

It sounds pretty depressing, and in a sense it is, but you’re not getting anything in life ignoring truths just because they’re difficult and not too pleasant to perceive and understand.

There is a positive thing about the fact that you naturally feel like a loser in some areas, where, no matter how hard you try, you will never be good enough to achieve a huge success. Accept this reality, and you will not lose your energy, pursuing unrealistic goals. Instead, you can use other opportunities.

And yes, it’s important to understand that this is not a consolation prize for the loser. Incredibly successful people in many areas have spoken publicly about how a clear understanding of their strengths and weaknesses has helped them succeed.

Jeff Bezos admitted that there were times when he wanted to be a physicist. “I thought I wanted to be a scientist when I went to Princeton,” he said. – But I quickly realized that I wasn’t smart enough to be a physicist. Instead, Jeff switched to business, founded Amazon, and became – and we all agree that this is not a consolation prize – the richest man in the world.

But it’s not just a rule that works for people in science or business. American actress and Oscar-winning producer Reese Witherspoon believes that the utmost honesty and honesty with children regarding their talents or lack thereof will help them. “I remember my daughter Ava crying in bed last night in third grade. She played basketball and was the only one on the team who couldn’t score at least one ball in the game. I said: “Ava, maybe you’re just not very good at basketball.” She thought it was mean. I asked her: “Is it mean or is it right? I mean, guess what? Your mom isn’t good at basketball either,” Reese said.

Witherspoon, like Bezos, undoubtedly understands how important innate talent is for success. You either have it or you don’t. This means that throwing energy into an activity in which your abilities are simply not high enough is the way to nowhere (just doing something for fun is a little bit wrong). It is better to follow the example of Bezos by switching to the areas of activity that suit you best, and you can save a lot of energy and years.

This is why super successful people like Bezos and Witherspoon are brutally cold-blooded in evaluating their abilities. Confidence and determination will play their part, but only after you have mastered real self-esteem.