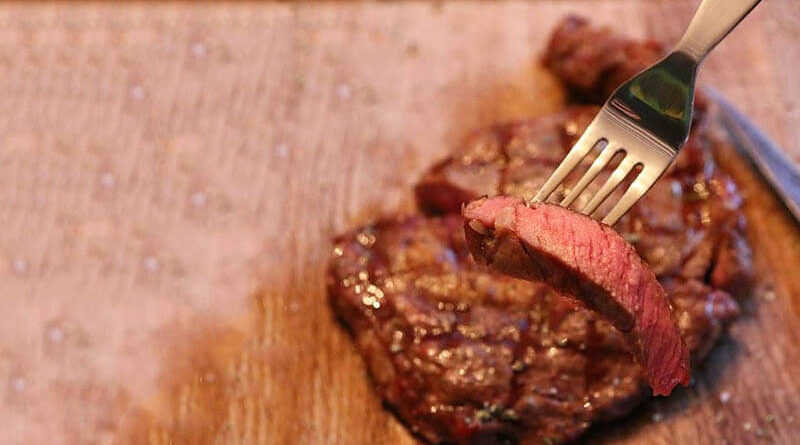 Using a specialized 3D printer, the scientists printed ribeye steak, one of the most expensive types of steak, for which the best beef is used. Israeli startup Aleph Farms, which grows meat in the laboratory to create material that could be used for 3D printing, has been able to reproduce the steak on a printer, according to The Washighton Post. The technology is still being refined, but Aleph Farms expects to obtain the necessary permits over the next few years, and such steaks will appear on supermarket shelves.

The technology developed by Aleph Farms involves the use of cells selected from animals, which were subsequently cultured and cloned in the laboratory. The four main types of cells that make up meat – muscle tissue, fat, blood and helper cells – have become the basis for “ink” in the process of “making” meat on a printer. That is, in the process of creating this steak on a 3D printer, no animal was injured.

The company emphasizes that the production and supply of such “printed” meat will be more transparent to consumers than ordinary livestock products. The fact is that the meat can be traced down to a certain cell. In addition, because such meat is grown under sterile conditions, it will not contain antibiotics and will probably be able to be stored for a long time due to the absence of pathogens. It will be recalled that an international group of scientists has created a gel-like ink that can be used to create food on a 3D printer.