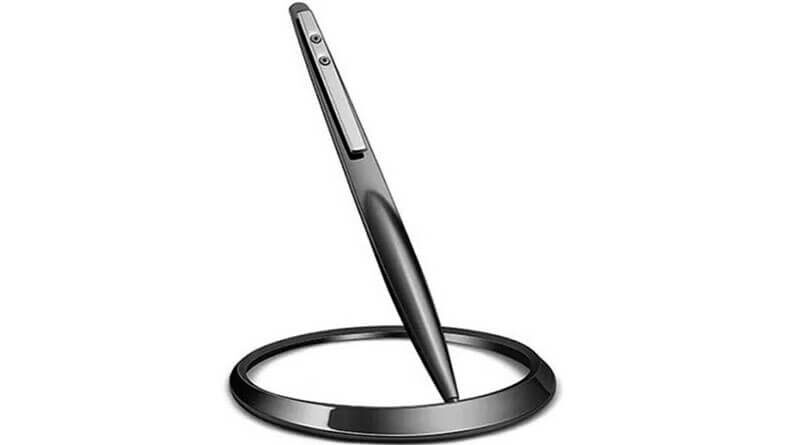 The Omega Series 5 pen is unique in that it requires no ink or rod replacement. That is, it really is an eternal pen that you can use for life!

The Omega Series 5 features a writing unit that consists of an AXL metal tip and an anodized aluminum housing. During the writing process, the tip of the pen “produces” a gray line that cannot be erased.

You can buy such a pen for only 75 dollars, which is quite inexpensive as for a thing “for life”.

The very concept of “pen” as a means of writing, in the era of digital technology is gradually gaining new content: just remember the electronic pen-style to manipulate the display of your tablet or smartphone. Fortunately, we do sometimes have to use ordinary pens – fountain pens, ball or gel pens.

The Omega Series 5 is not exactly a regular pen. It never runs out of ink, just because it’s gone. Their function is performed by a writing unit consisting of an AXL metal tip and an anodized aluminium housing.

There’s hardly any new technology to talk about as the creators of the Omega Series 5 have revived centuries of metal-based writing. As you write, the tip of a pen “gives out” a gray line that can neither be smeared nor erased. The tip itself does not require sharpening or any other manipulation.

Omega Series 5 is the last pen you will ever buy, according to the developers. But it will cost you a very impressive $75.