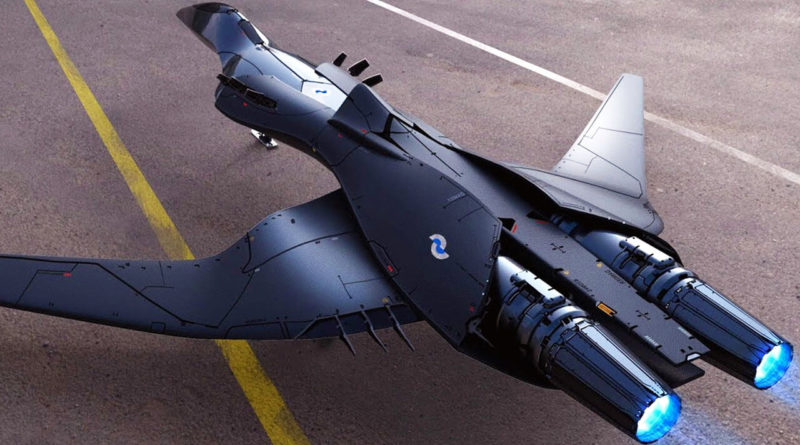 To fly the globe in 4-5 hours – is it possible? It’s possible, if it’s a supersonic pilot. Aviation engineering is developing rapidly, and machines capable of overcoming the speed of sound have long been built. Which of the engineers’ creations was named the fastest fighter?

The MiG-25, unofficially called the “bat”, holds the title of the fastest fighter jet for half a century. The war machine was designed in the USSR in 1964. In 1977, the bat set a world record for flying altitude, climbing 37,650 m. In total, the creation of Russian scientists owns 29 world records.

The speed with full rocket equipment is 3,000 km/h. The lack of missiles increases the capabilities of military equipment by 15%. U.S. observers have confirmed that the MiG-25 is capable of speeds up to 3,400 km / h. The bat is available in two modifications – a scout and an interceptor (scouts fly faster).

MiG-25 has been used in Syria, Iraq, has repeatedly participated in reconnaissance missions. Subsequent modifications and improvements have allowed it to “outperform” later aircraft structures. CIS countries were interested in the device, as of 2016 it is used by the air forces of Algeria and Syria.

Being the most famous two-seat fighter-interceptor, MiG-31 was the first 4th generation combat aircraft developed in the USSR. It is capable of flying at different altitudes, hitting targets at high and low altitudes.

This invincible fighting vehicle accelerates to 3,000 km/h. It has a flight time of 3,000 km with four missiles. The MiG-31 is inferior to the competition in speed, but impressive in combat power. It is not afraid of radar interference, poor visibility and extreme weather conditions. The equipment allows several weapons options, the combat load is 3,000 kg.

It was used during the Russian military operation in Syria. MiG-31 modifications are used by Russian and Kazakh militaries.

F-15, or McDonnell Douglas, was designed in 1972 by the developers of Air Force and NATO. Its main objective is to gain air superiority. The F-15 has a speed of 2,650 kilometres per hour. It’s armed with missiles, a 20mm cannon. The fighter is in service with Saudi Arabia and Japan as of 2016. It was used to bombard facilities in Iraq, Yugoslavia, participated in air battles in the Persian Gulf.

There are 22 bomber variations in the world. These include single and double aircraft. The US plans to use the F-15 by 2025.

The Su-27 is a Russian fighter that went into service in 1985. Today it is one of the main combat vehicles in the service of the Russian Air Forces. It is equipped with missiles, close combat weapons. It can be fitted with a 30mm automatic gun giving 1,500 shots per minute. The maximum speed of the fighter is 2,500 km/h.

The aircraft was repeatedly compared with the F-15, focusing on the maneuverability of the Russian car. Experts, comparing two opponents, often awarded the victory to the SU-27. The technique holds three world records.

The Su-27 is a war veteran in Abkhazia, South Ossetia (where Su-27 and MiG-29 jointly monitored the airspace). Modifications of the vehicle are on military bases in China, India and CIS countries.

The MiG-29 multirole fighter was created as an air rival to the F-15 Eagle. At the end of the 60s the American fighter was superior to the Soviet fighters, which were in service, and demanded a worthy competitor. The first combat prototype was created in 1977, but mass production started 5 years later.

Mig-29 has demonstrated its power in battles in the Middle East, Afghanistan and Yugoslavia. The device was in service in the Czech Republic and Czechoslovakia, Romania, Hungary and Yugoslavia. As of 2016, it is used by military aircraft of CIS countries, Iran, Cuba, Poland, Serbia and Syria.

The arsenal of F-22 20 mm cannon, 480 shells, rockets “air-air”. The main drawback of the fighter is critical fuel reserve (8.2 tons), which is a prerequisite for refueling in the air. This is the first time a combat vehicle has shown itself in Syria. The use of the fighter is limited due to frequent flight accidents and malfunctions in the oxygen supply system.

The F-4 Phantom II fighter was originally designed to replace outdated aircraft, but its agility and speed opened up new application prospects. The machine is capable of attacking a target at a speed of 2 370 km/h.

Operation of the F-4 began in 1961. The device has passed the test of strength in Vietnam. It was in service with the Air Forces of Israel, Iran and Lebanon. In 1970, the machine collided with a Soviet Tu-16 jet plane, which failed. Despite the physical wear and tear (production ceased in 1979), the combat vehicle as of 2016 is used by the Air Forces of Japan, Turkey and Egypt.

Ultrafast fighters are another achievement of the aviation industry. The article dealt with the fighters launched into serial production and participated in military operations.

The rapid development of scientific progress and the emergence of new fighters will soon correct the rating. A vivid example – the MiG-35, capable of speeding up to 2560 km / h. At the disposal of the Russian military aircraft will arrive in 2018. U.S. scientists, according to experts, have already started to develop 6 generation combat vehicles.