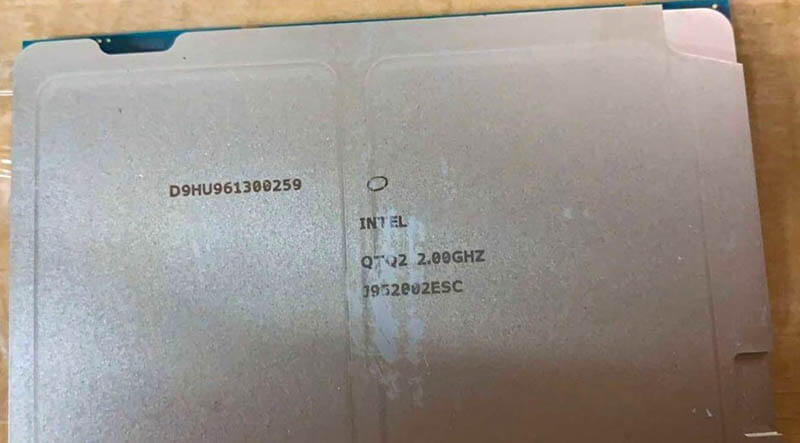 Early next year, Intel will launch Xeon sulfur processors of the Ice Lake-SP generation. They will be based, as you can easily guess, on the architecture of Solar Bay and will be carried out on a 10-nanometer process.

But the number of cores, based on available data, they will not please, being limited to either 32 or 36 cores. But in late 2021 or early 2022, the CPU Sapphire Rapids should be released.

They will retain the 10-nanometer process, but will move to the Willow Cove architecture that underpins the current Tiger Lake mobile. They will also switch to the new LGA 4677 socket. In addition, according to recent rumors, they will move to a chipboard configuration with four crystals, which will allow Intel to create 56-core CPUs, and later 60-core.

In addition, each of the four crystals is said to contain HBMe memory of up to 64 GB. And below you can see a photo, probably of such a processor. True, the photo hints at the presence of two crystals, not four, but still described above – it’s a rumor.