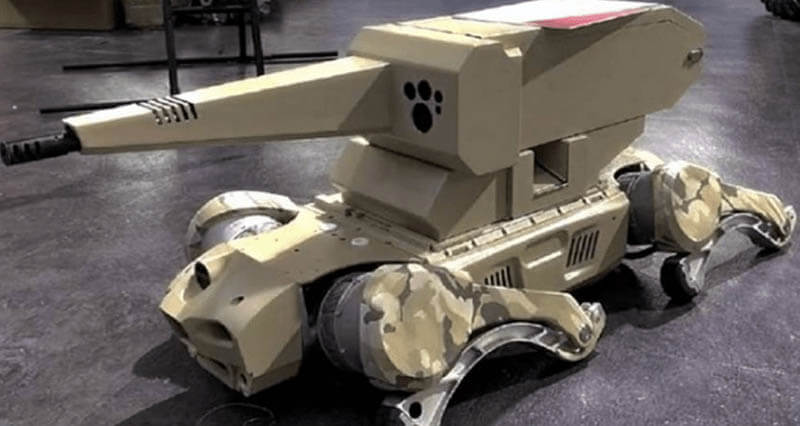 Thanks to the machine gun, the robot dog can fire at a speed of up to 650 shots per minute.

The first robot dog with an automatic rifle on board was presented at the AirShow China exhibition in Zhuhai. This is reported by Army Recognition.

Robot dog is not a new invention. The first mechanism was developed by Boston Dynamics back in 2016. The mobile robot was designed for many tasks, but the company has always refused to use the robot for military purposes. Other companies have developed such devices and now their version was shown in China.

The robot dog is armed with a QBB-97 machine gun, which can fire at a speed of up to 650 shots per minute at a distance of up to 400 meters. However, as the authors write, it has technical difficulties. In particular, the machine gun has a serious weight and recoil during firing. However, despite this, the Chinese army shows great interest in using this type of development. Such a robot is designed to perform tasks in autonomous mode or in remote control mode.

But the detailed technical characteristics of the development are not announced.