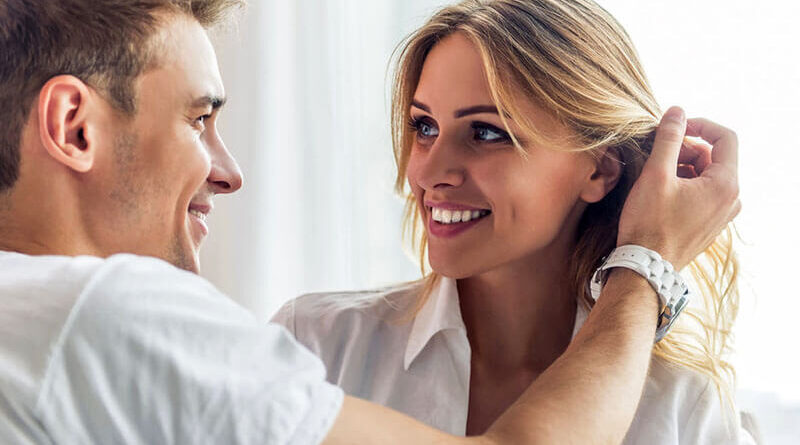 An ideal relationship between a man and a woman is a great work, accompanied by many mistakes and problems. And both partners must work to solve these problems. Only then can happiness and harmony be achieved as a couple. Sometimes it can be very difficult and you want to give up everything. The reason is that in childhood and then in youth, boys and girls are not taught how to build a relationship between the strong and weak half of humanity. On the contrary, they teach only to take, but not to give. Think only about themselves and their needs.

The psychology of an ideal relationship

There is a huge difference between a man and a woman. It’s like two different worlds. They have different worldviews, and they don’t understand each other’s feelings. He’s restrained and brutal, afraid of losing his freedom. She’s emotional and imposes her feelings on him. He tries to pull away, she wants to dissolve completely in her partner.

What’s the difference between male and female psychology? If a problem arises, the strong half actively seeks her solution. For women, the most important thing is to be listened to.

For a woman, the important thing is to be listened to

When difficulties arise, the man tries to solve them himself. Or asks for advice from a man he trusts. He shares the problem so he can hear his opinion from a different perspective. The woman talks about her failures just to talk, she does not need other people’s advice.

Another female trait that pisses off the opposite sex is when a girl says no, but means yes. Men are straightforward, say what they think. And women’s hinting games are not understood by nature. And the weaker sex wants the other half to guess what her lover wants and why she’s suddenly offended. And offended even more!

Excessive female emotionality is also unacceptable. Surrounded by lovely care, it leaves almost no space for a man. He, in turn, feeling that he is losing his precious freedom, tries to protest. The partner thinks she is not needed, she is not appreciated or loved. And the other half as a result begins to feel guilty, because the beloved one tries so hard to do something nice, and he, ungrateful, rejects it.

The ideal relationship between a man and a woman is built on the balance of her emotionality and his restraint.

The strong half ignores the feelings, living with the mind. The weaker one is emotionally oriented. Men are afraid to show their weaknesses, believing that this will make them more vulnerable.

Many couples break up because partners think it is abnormal to have problems that are inevitable in the development of a relationship. They perceive this as a loss of love and understanding.

In reality, the process of living together transforms the relationship. They “grow up”, losing their naivety and childhood, turning into true love.

How it all begins

This sudden feeling is the starting point of the relationship between the sexes. At first, being in euphoria, they think that this love will never pass. But as time goes by, they realize that things aren’t so smooth. And expectations don’t always match reality. A loved one begins to cause irritation, although only recently it seemed the embodiment of the ideal.

What’s going on? Why isn’t love everlasting? Is it possible to preserve feelings? And what can be done about it?

The stages of a relationship

A harmonious union between a man and a woman does not arise immediately. Only after passing certain stages of development, the first love turns into true love and mutual respect. Unfortunately, many couples do not stand the test and part.

The candy and bouquet period

Or falling in love. It can last from a few months to a year and is filled with romance and unbridled passion. Most highlight this stage of relationship development because of the abundance of raging feelings. But it’s not true love as it seems at first. It’s more of a pronounced obsession with each other. Breaking up, even for a short time, is perceived as a real torture. It’s due to the increased hormone synthesis in the body.

Love gradually fades, and it is replaced by a critical attitude. The partners begin to notice each other’s shortcomings. Passions for this time have subsided, and everyone begins to pay more attention to themselves and their needs. Fearing that love has passed and feelings are left, many are trying to ignite the former flame of passion. Sometimes it works out, but for a short time. This stage is important because after the raging passions the body needs rest.

Sync and corrections by

At this stage, the man and woman begin to analyze their partner. The problem for many people is that they often only see the negative sides of their chosen one. And then the question of ending the relationship becomes acute. Partners must show maximum wisdom and patience, not to destroy what has already been built.

A distinctive feature of this stage of building an ideal relationship between a man and a woman is to accept the shortcomings of partners. Comes the realization that all are different, with their cockroaches in the head and little can be changed. Lovers know each other’s inner world. And although the ideal image of his half is often mercilessly destroyed, people realize that next to him is a person with his inner world.

This stage is not expressed in serving the other half, as the name may seem. The partners have studied each other, understood and accepted. A man begins to give without demanding anything in return. He acts unselfishly, for the sake of love, not in order to get something for his efforts.

Having reached this stage of relationship development, the halves stop demanding. The very presence of a person around is valuable. The evaluation of the positive and negative features of the partner stops. There is mutual understanding and trust.

The psychology of cohabitation of the sexes is characterized by moderate penetration into each other. A loved one becomes a source of joy and happiness. Couples who were able to pass all stages and endure trials on the way, begin to appreciate the other half. Souls and hearts of lovers are united into one, and their hearts beat in unison. And then a perfect relationship is born between a man and a woman.

What is psychological comfort?

A man is essentially selfish and takes care of himself in the first place. Subconsciously everyone is afraid of being used, so he pulls the blanket on himself. And only after understanding and realizing that love is first of all a return, a person starts to feel comfort and satisfaction from communication with his or her other half.

All people are different. Everyone has their own character, temperament and individual characteristics. Therefore, it is impossible to create a single model of development of ideal relations between a man and a woman. What kind of relationship is there?

Partner relations. This option is the most common. Duties are distributed equally. And if a conflict situation arises, the participants will certainly discuss everything, weigh it and find a compromise solution. A man and woman in such an alliance are often already strong, realizing their personality. Despite all the advantages, there are many disadvantages. Partners rely on themselves in the first place and do not ask for help from their half. Such a strict separation of budget and responsibilities may one day play a bad role. And over time, the beautiful half of the union begins to experience a deficit of emotional outbursts. This version of the union is more masculine, and he will feel good in it. But the woman may start looking for a partner with whom she feels weak. It’s hard to fight against nature.

Homemade. All attention is given to romance and feelings. The troubles of everyday life are carefully ignored. Immersed in each other, the partners stop paying due attention to their internal development. They are both a source of inspiration and support. Only when they are together do they feel comfortable and supported. And get used to it so much that they begin to perceive the half as a household appliance, which is used only for its intended purpose. To diversify their lives, these couples should do things together and try to expand their circle of acquaintances.

Matriarchal. Not necessarily in this union ruled by a woman, but she is more active and often overshadowed by a man. If she does not berate her soul mate in sluggishness, weakness and softness, this kind of family bond will be strong enough.

Patriarchal. Classic and best relationship between a man and a woman, according to psychologists. Everything is in place: he’s a breadwinner, she’s the keeper of the hearth.

Inspirational. When a partner raises his lady to the rank of deity and she is a muse that inspires a man to feats. It’s not as important to him as her approval of his actions. But over time, a girl can become too capricious and demanding. And as a result, the marriage will fall apart. To avoid that, a lady should do her own self-development to achieve a perfect relationship between a man and a woman…