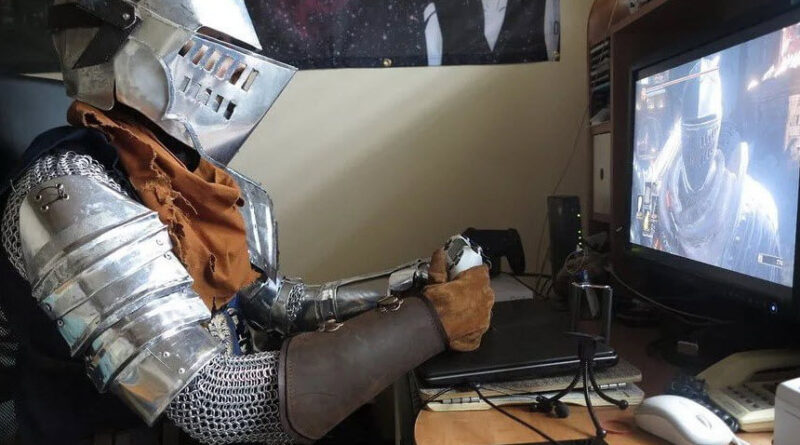 It is worth mentioning that it is impossible to determine unambiguously what kind of influence a person has on him. This is due to a variety of factors. For example, different characters and views on life. With the development of computer technology began to appear not only work programs, but also entertainment on the PC (PC), which were named computer games. Their history begins with 1940 – x to the present day. Now they are very popular.

Entire events, such as E3, are dedicated to them. Influence on humans from a medical point of view If we believe scientists, the games have an impact on the brain, increasing the activity of those areas responsible for emotional excitement, aggression and pleasure, but reducing concentration. Also, scientists say that playing people may perceive the world as more frightening and dangerous, which may provoke a high level of aggression. Also playing the game with elements of violence, there are certain short-term effects of the brain.

Some scientists believe that playing games with elements of aggression can liberate oneself from the negative and develop an aversion to violence. It has also been found that computer games only use a part of the child’s brain, so they need to read more books and do more self-development.

Electromagnetic vibration and ionizing radiation – a heavy load on vision and posture. Consequently, a growing body is advised to sit at the computer for no more than 30-40 minutes.

Our opinion on the impact on humans in our personal experience, we can not say that after playing first-person shooter will not focus. Although it all comes down to a person’s attitude to the game. For example, if a person does not like to lose, he will cling to the victory with all his might.

Therefore, there will be a lot of pressure on his nervous system. It also plays a role in a person’s preparedness for prolonged games. An unprepared person will not be able to play for a long time, and therefore he will start to be tired and aggressive to others. Therefore, it is necessary to start playing for a short time, and then increase the time, but have a reasonable limit.

Our body is not eternal. There is one more factor. In our time are becoming popular online – games that compete real people, not a person with a computer. There are different people, respectively, and attitudes to other people they have different, and thus the impact on the person will not be the same. There is also a perception that the game makes vision worse. We want to say that it also depends on the genre of games.

For example, dynamic shooters only improve it. One of these new shooters can be called Escape From Tarkov. In this shooter there are both large and narrow spaces. From personal experience, we can say that after a long game there is the ability to quickly and better distinguish the subtle shadows.

The pros of computer games: – The most important thing is that the games are distinguished by the genre, and therefore train different aspects: social skills, analytical skills, team play, reaction and spatial thinking – Learning foreign languages and their training.

This is done by including an appropriate voice-over in the game options – Learning scientific disciplines Minus computer games: – Due to the different nature of people, different negative effects can arise. – There will be propaganda of various kinds. – Formation of dependence on computer games – Overweight – Neurological problems (especially related to the hands) Influence on the amount of the substance hippocampus conducting the experiment, scientists found that some games have a negative impact and others – positive.

After playing shooters, there was a significant decrease in the amount of grey matter in the right hippocampus. But after the strategy game there was an increase in the amount of substance. The scientists also concluded that dynamic shooters have different effects on a person. It all depends on what type of navigation a person belongs to. If a person remembers the relationship between objects, then in the game he does the same thing, using hippocamples.

Therefore, he increases the amount of gray matter. And if he navigates by memorizing a series of actions, using the starting point, the game of this genre atrophies hippocam.