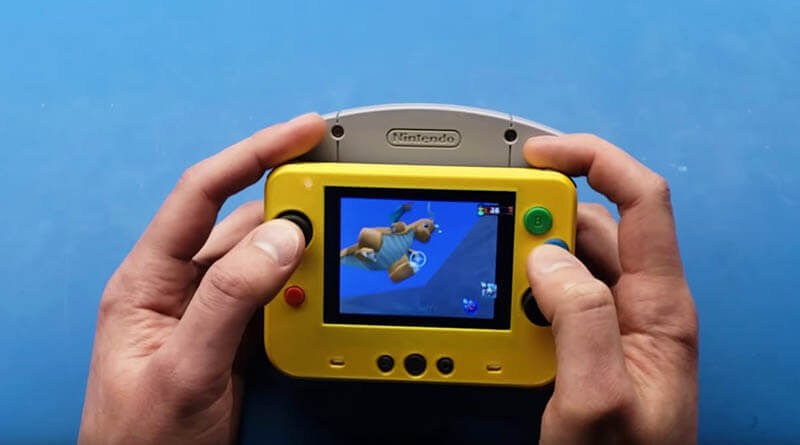 Old consoles not only evoke nostalgic feelings in gamers, but also inspire enthusiasts to accomplish things. Thus, the Nintendo 64 system became the object of a competition of inventors, who sought to make it as compact as possible in a portable format. A new record was set by the author of the GmanModz channel.

The inventor said that he used only original system components to create his own Nintendo 64 – it’s not just a miniature computer with an emulator on board. Of course, to achieve a record-breaking result, he had to print out the case on a 3D printer and replace a number of parts with more compact ones. Gman used the sticks from the Switch hybrid console, for example.

In the end, the portable Nintendo 64 is smaller than even the original console controller, despite the fact that the inventor didn’t use custom motherboards for the sake of a clean record. However, the power supply in the form of a single battery is designed for only 1.5 hours of play without recharging, and to hold such a device in your hands is not too convenient, so for long sessions it is still better to use the classic console.