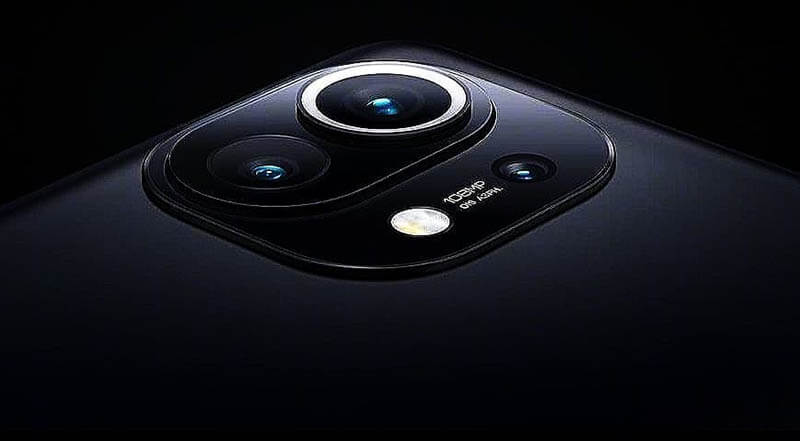 For those who want to upgrade their smartphone in 2021, it is definitely worth paying attention to the upcoming novelties and devices that came out a few days ago. They are able to impress not only with modern design, but also with advanced “under the hood” equipment. The most remarkable in all characteristics will of course be the flagship devices. Today we will tell you about three models of smartphones that promise to be the best at the beginning of the year.

We are the first to introduce the Xiaomi Mi 11. This smartphone has become the successor of the most popular flagship series “Mi”. At the moment it is already present on the market, but so far only in China. Regarding the supply of Mi 11 on the global market is not reported, but it will happen in any case.

Xiaomi Mi 11 has been lucky enough to be the first device with a new chipset from Qualcomm version Snapdragon 888. In stores in the Celestial Empire now presents three modifications, differing in the amount of RAM and total memory – 8/128, 8/256 and 12/256 GB. Boasting this unit can and OLED-screen. Its characteristics are as follows: 6.81 inches diagonally, 120 Hz flicker frequency, 2K resolution, HDR10, maximum brightness of 1550 nits.

There are three cameras in the main unit, with a 108-megapixel sensor at the head. The other sensors have a resolution of 13 and 5 megapixels. The front-facing camera is also impressive at 20 megapixels. Positioned selfies camera in a thin cutout of the screen at the top left. Autonomy is entrusted to a battery of 4,600 mAh, which has the option of fast charging unit for 50 watts. Buy Xiaomi Mi 11 in China today appears for a price of 620 euros.

The next smartphone of our top straight from South Korea is the Samsung Galaxy S21. This model is still being prepared for release, but a lot is already known about it. In total, three versions will appear on the market – Galaxy S21, “S21+” and “S21 Ultra”. The most screwed-up of them will be additionally equipped with the S Pen stylus, because the diagonal of its screen is quite considerable – 6.8 inches. In turn, “S21” will get a 6.2-inch panel, and “S 21+” at 6.7 inches.

By the way, the basis of system performance in the Galaxy S21 is based on the same processor as the first representative of our top – Snapdragon 888. For some regions, smartphones with Exynos 2100 chipset will be supplied. The older version of the Galaxy S21 will get a four-sensor camera unit, and the other two will have triple sensors. The main sensor of the “S21 Ultra” version will have 108 megapixels, while the “S21” and “S21+” will have 64 megapixels. The price for this model Samsung manufacturers will put up quite a lot – from 850 euros.

Our top 3 closes with another flagship smartphone made in China – Honor V40. This device is expected to be announced in the next few days. In addition to its impressive performance on almost all features, it has a clear advantage over its competitors – the responsiveness of the touch screen will be the best in the world. Unfortunately, the exact figure is not named, but the current leaders have a value of 270 Hz.

The front panel will be equipped with a waterfall screen with rounded edges on the sides. The display itself has the following parameters: Full HD + resolution, a diagonal of 6.72 inches, OLED matrix and at least 90 Hz frequency. According to some reports, Honor V40 Pro may get a screen with a frequency of 120 Hz. By the way versions will come out three – “V40”, “V40 Pro” and “V40 Pro+”. Chipsets will be embedded from different manufacturers, but with similar power. We are talking about Dimensity 100+ and Snapdragon 865.

As for the cameras, it seems that the best set of sensors will be inherent in the Honor V40 Pro+. This version of the smartphone is attributed sensors with a resolution of 50, 12 and 10 megapixels. By the way, the frontal for the entire line is dual. Variations with the size of RAM will be two – 8 and 12 GB. At the same time, for total memory there will be a choice of 128 or 256 gigabytes. Chinese sources call the initial price of Honor V40 in the range of 412 euros.