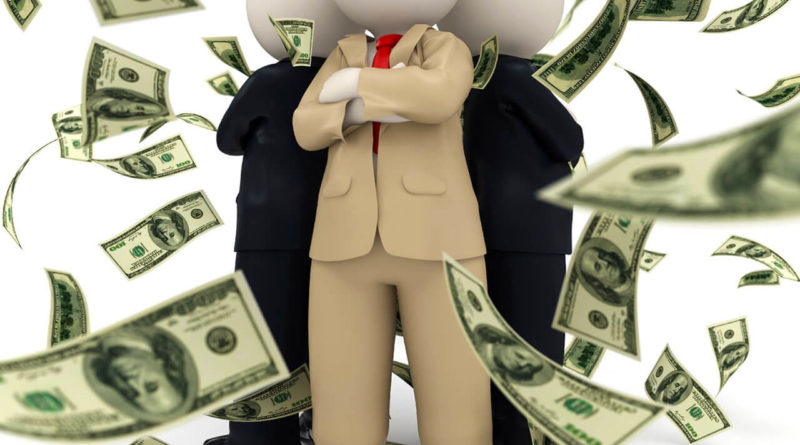 One of the frequent questions on Business Youth programs is “Why can’t I make more money?” Whatever you do, you can’t break the financial ceiling.

We understand. It’s frustrating and frustrating. But we also understand that it’s not about what you’re doing wrong. It’s about what you think is wrong. We’ve had over a hundred individual arguments. And the further into the forest, the more obvious the truth is the reason for thinking. The thinking of the poor man.

It’s both good and bad. It’s good because thinking can change. Bad – because the hardest thing to change is thinking. But we will try.

When we say “poverty” we don’t mean financial constraint, but certain attitudes and behavioral scenarios that prevent us from increasing our income.

After all, “poor” can be both a successful entrepreneur and a freelancer mom on maternity leave. And it’s bad when poverty becomes a life program.

In “The Way to Financial Independence”, Bodo Schaefer cites an illustrative episode.

A friend of his was about to give his daughter pocket money. He gave her 10 stamps, put her in a car and took her to the poorest neighbourhoods of the city, where there was devastation, shade and an oppressive atmosphere of disadvantage. The girl was unpleasant and sad to look at the slums. Then her father told her:

“This is where people live who have always spent all 10 marks.”

Psychologists investigated people who had suddenly won the lottery or received an unexpected inheritance. Most of them very soon returned to their old lives, dropping all millions to a penny. It’s not about the money or even the amount. It’s always about thinking.

Let’s find out what character traits and thinking habits affect a person’s wealth. Psychologists have identified several general psychological trends. They can be divided by criteria: attitude to money, time allocation, responsibility, goal.

The “poor” spend money impulsively, making reckless decisions based on momentary emotions. The popularity of microcredits is based on this very phenomenon. When you see a new phone model or a limited collection of sneakers, you should definitely get them.

If you are uncontrolled spending money on unnecessary things, think about what thoughts you are trying to avoid? Shopaholism often hides an alarm.

The “poor” don’t see money as a means to increase their income, but only as a means of subsistence. The whole focus is on survival. When there is no money, they save, but as soon as there is an unplanned income, it is immediately released.

Sounds like an oxymoron – a combination of the irreconcilable. However, the explanation is simple: the poor often buy a lot of cheap, low quality stuff that wears down and breaks down faster. The rich will buy one, but for centuries. Strange as it may seem, this is an economy and a reasonable attitude towards money (and things).

The “rich” are planning their purchases and can put them off. They spend less than they earn and are always looking for something to invest in. The “rich” live within their means and see no shame in it.

In social psychology, there is a concept of the “external locus of control” – a tendency to attribute one’s failures not to oneself personally, but to circumstances: a difficult childhood, a difficult economic situation, a despotic leader or a conspiracy of reptiles. It is a rather dangerous psychological defense. After all, as long as a person considers himself a desperate toy in the hands of fate, nothing will change.

Whoever’s successful has moved his locus of control inside.

We are afraid to grow up – a dubious prospect with endless responsibility and serious time management. What for? When you can watch a soap opera in crib or fall in Dota.

Meanwhile, psychological maturation is the very turning point in thinking when responsibility becomes the norm.

Have you noticed that big bosses always respond to messages and letters faster than regular employees? They do not put off and close all questions in time.

DON’T PULL THE CAT BY THE BALLS…

The “poor” people usually “don’t have time”, as they themselves say, to do the charging, to set up the mode, to learn English – substitutes your variant. They spend most of their time complaining that they don’t have time.

This is the victim’s already familiar position. That’s a convenient excuse, we understand.

“The poor” don’t see life in the long term. They just don’t have that kind of optics. They always act reactively – react to emerging situations and never create them themselves. They are busy solving current problems, and their goals are substituted by dreams.

The routine of endless tasks leads to an aversion of risk. “Poor” people are not inclined to change. It’s scary to change things and leave a violent place.

The “rich” man acts proactively – he does not think of the present, but looks as if from the future. The whole trick – in thinking from the opposite: from the result to the present. The “rich” proceeds from what has to be done, and finds the resources and tools for it.

How do you “re-tune” the brain?

Make the connection between the inner and outer. The inner is your beliefs, habits, behavioral scenarios. The external is the result.

The result is directly dependent on your beliefs

Try to trace a pattern of inner attitudes that prevent you from achieving results. Confessing your own inadequacy is unpleasant. Change often comes through pain. But if it’s hard for you, it’s a sign that the transition to the next level is coming.

Forget the first Russian question “Who’s to blame?” and go straight to the second “What to do?” Learn the mantra “three NOT”:

“Do not criticize, do not complain, do not judge.”

For each breakdown, put off 100 rubles. This ingenious way helps you learn to take responsibility for your actions, including unsuccessful ones.

Control your finances. Install an application to record expenses or create a table in excel. Split them into three columns – daily (food), mandatory (rent, travel, sports, training) and savings. Fill in the table every day.

If you have a fit of shopaholism, ask yourself questions:

– Is it a waste or an investment?

– Can this thing be replaced with something?

Set yourself a clear goal and sign what you need to do in order to go to a five-star hotel in Thailand in a year’s time, open a pizzeria or earn the first million by staying in your profession.

This reception is called decomposition. It was described in detail in the article “How to make money on a Mercedes?”

Pretend to be a millionaire

Find yourself an artifact that makes you feel like a different person.

For some it is Sunday breakfast in a cafe, a massage course, a taxi to work or a paid garden for a child. These small gifts will be considered a reward for your efforts and will work more efficiently. Just choose what’s really important to you.

And don’t save money!

Compare the sensations after a weekend at the TV and a weekend in the park. A change of scenery makes the brain act differently.

You’ll probably be lazy to turn on a documentary, listen to an online lecture, go to the park, play football. But you still try to do what you’re not supposed to do – go to the qigong, turn on the audiobook, just go outside. Right now.

These activities do not require any financial costs, but they expand your horizons, increase your faith in yourself and increase your ability to develop yourself.

Wake up – 7 hours for men, 9 hours for women – no installation and no soap opera “for 5 minutes” before going to bed. Sleep mode also helps to cope with anxious states.