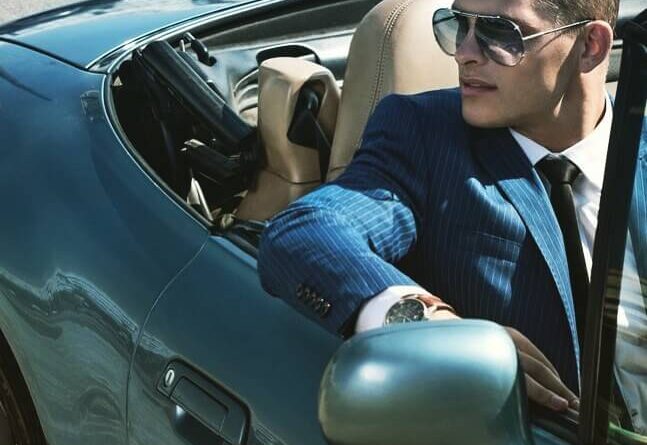 What’s the expression, “real man”? Do you want people to say that about you? What exactly does “real man” include?

In order to change yourself, you have to do a huge daily job on yourself. We like to set goals and objectives, achieve them and prove to ourselves, we can. It will be the same with your qualities as a real man.

16 qualities of a real man:

To go all the way.

The right to make a mistake.

The ability to laugh at yourself.

Having a goal in a real man’s life is the most important thing that should be. Because a man with goals is an ambitious man who knows what he wants. And how to get it. It’s a man who can answer the question, “Why did I wake up today?”

But only a real man can stand up and make himself work.

A real man treats women with respect. He will not be rude and rude, even if it is a simple cashier in a supermarket, not the girl of his dreams. He’ll have a good relationship with his mother. He won’t talk about the fact that he’s long grown up and has a free and independent life.

After all, your girlfriend will pay attention to the way you communicate with other women and draw conclusions. If you do not know how to control your emotions, it says a lot. If you have not learned to restrain yourself and cultivate respect for other people, then you are a penny as a man.

It’s a dubious pleasure to live solely for yourself. If you do not help anyone, then who will come to your aid in a difficult situation? That’s right, nobody.

Selfish people have been out of fashion for a while. What’s more, they’ve never really attracted girls. A girl wants to build a relationship with a man who will take care not only of herself but also of her. You know about the boomerang rule? She understands how he behaves with others, that’s how he’ll treat her.

Everything we do has to come back to us. So that’s not just about bad things, but good things as well. If you helped someone, then you’ll get help too. And it’s nice to do well not only for yourself, but for another person as well. At this moment you feel such a return that you can go and turn the mountains! So, it will be a good guy, but do not let yourself be used stupidly!

A real man will never sit still. He’ll always have a goal to develop and improve himself. If you realize you’re stuck in one condition, you need to get a grip on yourself and actively start doing something.

People who do not develop, do not work on themselves, do not learn new things, do not receive fresh information, few people are interested.

You must take leadership positions in at least one aspect of your life: at work, among friends, in your family. You have to be at least 100% in a place. And to feel like you’re in charge, that you’re the best.

Just don’t confuse that feeling with narcissism. You don’t just have to be the best. You have to prove what and why you’re the best. But at the same time, you have to accept and respect other leaders from different spheres.

Your loved ones know they can always rely on you. That you won’t walk away and fail at the most important moment. That you keep your word. That your word means something in principle.

Otherwise, everyone will be very quickly disappointed in you, including yourself.

A man who is not responsible for anything is not trusted by anyone. And often they try to avoid him. It’s hard to be friends with him, to build a relationship, especially.

Any girl wants to exhale and relax with her man. And how can she relax if you and reliability are not standing next to her?

You must not change your beliefs, have willpower. No, that doesn’t mean being a stubborn donkey who’s always sure he’s right. You just have to have a certain opinion on a number of issues that you’re sure of.

Living with someone who’s undergoing an eternal change of heart is another challenge. Try to have one viewpoint, not to change your views and decisions every second. It’s a very childhood thing.

Try to avoid that kind of behavior.

Get three video lessons from the closed course “How to turn a woman’s NO into a woman’s YES.”

– The reasons why you’re having trouble with a girl;

– The thinking of a successful man;

– the 7 critical mistakes you make in dealing with a girl.

from which you will learn:

A real man always pays due attention to his health. He does not bolt on himself and does not think that going to the doctor is a waste of time and money. Because an unattended and painful appearance can push anyone away.

When was the last time you went to the dentist? If it took you a while to answer, you can safely dial and make an appointment. No girl would want to kiss a man who has problems with her teeth, skin, hair and stuff.

For a girl, it would only mean that you’re not watching yourself at all. You don’t love yourself or your body, and you’re not working on yourself.

And that’s a very sad conclusion that should bypass you.

Yeah, you might not be able to do something the first time. Yeah, you can fail after failure. But tell you what makes a real man different from a boy?

It’s the urge to go all the way and never stop there.

Twenty-five times you can’t do it, twenty-six times you stand up and go. Don’t give up on everything by unleashing your nuisance. Of course, if you’re going to cherish such thoughts in yourself, don’t expect anything good. You’re really gonna end up a loser.

That’s why you need to cultivate willpower, the desire to achieve results, whatever it takes. That’s the only way you can be called a real man. Only in this case, the girl will be proud of you, and friends and colleagues – respect and set an example.

There are no people in the world who would never make a mistake in anything. What makes a real man different?

The ability to accept, admit his mistake and draw conclusions. If you quarrel with a girl because of your fault, you don’t have to take the position of a proud turkey and think that real men never ask for an apology. Because that’s bullshit. You should come up and apologize. Admit that you were wrong.

Mistakes make us stronger and give us a priceless experience that you can’t read in any book or watch in a movie. You have to go through it yourself to learn not to repeat such things again.

But here it is very important not to fold your hands and not to think that if you made a mistake, you have failed, then you are not going to correct your situation. It’s a very weak position.

You must have a good upbringing, because it concerns all areas of your life. You have to know the norms and rules of etiquette, be able to behave at the table. A man brought up has fewer problems in this life than a yard bull.

Moreover, your education is a measure of intelligence. That’s what makes you different from an animal. Your ability to hold on, to present yourself, not to say any nonsense, your education.

So, if you feel any gaps in the matter, you have to fill them. You don’t have to be shy about not knowing something. It’s much worse if you don’t even want to know it.

Your girlfriend and your family should feel safe with you. Because a man should be a protector.

Fortunately, there are no real and visible threats in the world right now. So it’ll be enough for your loved ones to know that if you do, everything will be fine.

That’s a very important quality in a man. That the girl next to him feels protected. You have to be strong and enduring. A worthy support for your family. You can be relied upon to help in a difficult situation.

Men like that don’t often leave, because it’s this feeling of safety that decides a lot.

The ability to really make fun of yourself and a sense of self-irony are very cool things. It means that you love yourself, accept yourself for who you are. And you have no complexes.

Nobody wants to deal with a touchy man because at least it’s funny. It’s a girl’s business to be bullied. It takes away your masculinity.

Try to practice irony on yourself instead of resentment. It’ll help you in many aspects of your life. You’ll be easier on everything, and life won’t seem so boring.

You should be proud of your life and yourself. Your looks, your professional skills and your hobbies. It’s how you’ll be treated in society that depends on it.

If you do not love yourself and be proud of yourself, no one will love you. Uncertainty counts in the first seconds of communication. And then it’s very difficult to fix that very moment. So it is in your own interest to put aside all fears and complexes and learn to love yourself.

You should be proud of yourself for some actions and achievements. If you lie on the sofa all day, drinking beer and watching football, this feeling is inappropriate.

Become the kind of person you’d love yourself to be.

If you’re afraid about anything, you can hardly be called a real man.

It’s okay to be afraid. But constantly being afraid of everything and being in the power of fear is an anomaly. You must clearly understand that there are things that happen one way or another. And there’s no point in being afraid of them. And there are things that you can change. You have to overcome yourself, to do these things, because otherwise you can not change anything. Men shouldn’t be exiled.

Fight yourself and every time. When you win this fight, you get better. And that would be the best reward for all the trials you’ve had.

You always have to do everything you can, no matter how hard it is for you. If you’re up to something, make a habit of always finishing what you started. And always get the most out of any situation. Even when you think there’s no strength left.

That’s when you have to work and do twice as much. Do not allow yourself to relax and do not allow negative thoughts, because this is a step back. And you need to become an improved version of yourself, to work at full strength, to try to do everything for it.