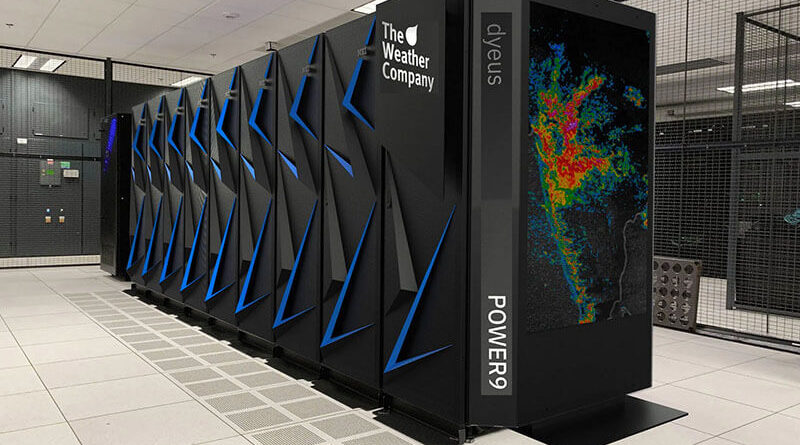 The UK will spend almost £1.2 billion, or almost $1.6 billion, on a supercomputer for the Met Office. This amount includes the cost of the machine itself and the cost of operating it over the next 10 years.

According to the BBC, the new supercomputer will be six times more productive than the current one. After the upgrade, five years after the start of operation, the capacity will be increased by another three times.

Its acquisition will be the largest investment in the British Meteorological Service for 170 years of its existence. The current operating computer cost £97 million at the time.

The current Met Office supercomputer, commissioned in December 2016, performs 14 trillion operations per second and has enough memory to save a movie that lasts more than 100 years.

The new supercomputer will control a detailed model of the Earth’s atmosphere with all parameters: winds, temperature, pressure drops.

The virtual globe is divided into squares. With the development of technology, these squares are made less and less. The smaller the better, as it increases the accuracy of predictions.

At present, the side of the conditional square is 10 km. In the UK, it’s 1.5 km. In London – 300 meters to better predict the state of air space above airports.

The supercomputer will increase the resolution to 100 meters.

The results of the tender should be summed up in autumn. It is expected that the supercomputer will start working in late 2022.