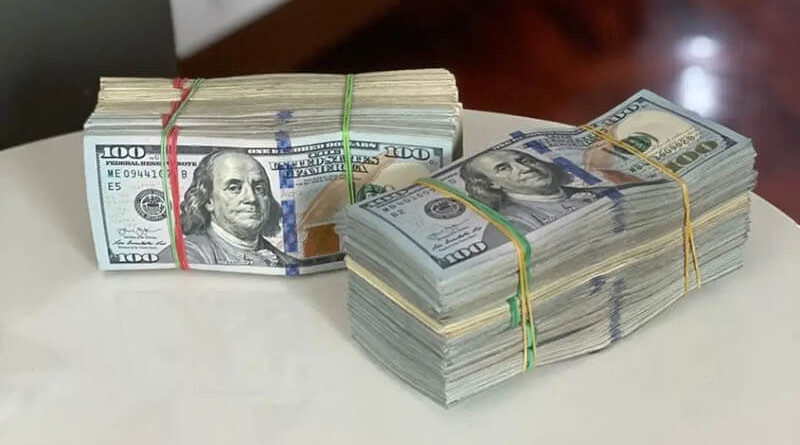 One of the reasons for super wealth is tax evasion

“If you saved $10,000 every day since the Egyptian pyramids were built, you would only accumulate 20% of the average fortune of the world’s five richest people,” the charity Oxfam wrote in its annual report on inequality, prepared for the World Economic Forum (WEF) in Davos. Inequality is out of control, the authors believe: The top 1 percent of the wealthiest people are richer than the other 6.9 billion people.

One of the reasons for this super-richness – lower tax rates for the rich and major corporations and their tax evasion, according to experts Oxfam. Since 1945, the maximum income tax rate in the U.S. has reached 90%, by 1980 it had fallen to 70%, and now does not exceed 40%. In developing countries the maximum tax rate on personal income is even lower – 28%, and on corporate income – 25%. In some countries, poor people pay even more taxes than rich people – in Brazil, for example, the effective rate for the poorest 10% exceeds 30% and the richest 10% pay 20%. “I seem to pay less in taxes than any of my employees,” billionaire Warren Buffett was quoted by Oxfam in a 2019 report.

The wealthy provide only 4 percent of the world’s tax revenue, dodging 30 percent of their tax obligations. According to a study by professors at Berkeley and the University of Copenhagen, every tax dollar a company pays in countries with low tax rates saves it $5 where it does business. Extremely soft corporate taxation helps shareholders increase dividends, but has no effect on the welfare of ordinary citizens, experts believe Oxfam: between 2011 and 2017, the average salary in the G7 countries increased by only 3%, and dividends – by 31%.

From 1980 to 2016. The richest 1% of the world’s population received 27 cents of every dollar that increased global income, while the poorest 50% received only 12 cents, calculates Professor Thomas Piketty of the Paris School of Economics: “If the economic system continues to work like this, we will never get rid of poverty.” According to him, global inequality is cyclical: while in 1950-1970 the richest 10% accounted for 50-60% of capital, already since the 1980s inequality has been rising again, and taxes have fallen. On average, a cycle of rising or falling income inequality lasts 40 years, and the current cycle may not end until 2050, predicted Charles Robertson, chief economist at Renaissance Capital.

The World Bank estimates that if countries reduced income inequality by 1% annually, they could lift 100 million people out of extreme poverty by 2030. For example, countries could raise tax rates: Collecting an extra 0.5% of taxes from the richest 1% over the next 10 years would create 117 million jobs in education, healthcare and helping the elderly, the authors calculated. For now, 46% of the world’s population lives on less than $5.5 a day (the poverty level for developed countries, $3.2 in developing countries), and poverty has begun to decline at half the rate it did in 2013. About 735 million people live in extreme poverty with incomes under $1.9 a day.

In Russia, the situation of the poor is also disappointing: the number of people with incomes below 10,000 rubles increased in 2019 – at the end of the three quarters of 2019, 13.1% of Russians had such income against 13% a year earlier (19.2 million and 19.1 million people respectively), indicates Rosstat. Subjective poverty has also increased – the share of people who assess their situation as “bad” and “very bad” increased from 23.3% to 26.5%, according to data from analysts at the Russian Academy of National Economy and Public Administration. According to Credit Suisse, the top 10% of wealthiest Russians own 83% of the total wealth of Russian households, in a year (from July 2018 to the end of June 2019) this share increased by 1 p. p. The number of billionaires in Russia has also increased – from 74 to 110 people, the Credit Suisse economists found out.

The exorbitant wealth also reflects the sexism that rules the world, Oxfam experts write: men are 50% richer than women. The 22 richest men own more wealth than all women in Africa. At the same time, women support the market economy with free labor, caring for children and the elderly, which should be provided by the public sector. If the unpaid work of all women over the age of 15 were measured in money, the amount would exceed $10.8 trillion a year, experts say.

The International Labor Organization estimates that an additional 100 million senior citizens and 100 million children aged 6 to 14 will need care by 2030. Instead of stepping up social programs and spending on investments in health care and fighting inequality, countries are increasing taxation of citizens, cutting government spending, and making education and health care private. States continue to raise VAT despite the fact that the tax hits the poor hardest, analysts wrote.

The growth of the economy may have a negative impact on income inequality, says Natalia Zubarevich, chief researcher at the Institute for Social Policy at the Higher School of Economics, because it is growing faster in the initially rich regions. In Russia, the oil rent works to mitigate inequality – “as long as there is a lot of it and we do not play geopolitics, this money is redistributed more actively in the less developed regions,” she says. Now the most competitive regions – Moscow and oil and gas regions – are coming out of the crisis, and the inequality began to grow, she says.

The growth of inequality hinders the growth of the economy itself, the WEF experts wrote earlier. According to the IMF calculations, with an increase of income of the richest strata of the population by 1%, the country’s GDP growth slows down by 0.08 p. p. over five years, and with a similar increase of income of the poorest strata – it accelerates by 0.38 p. p. According to the OECD estimates, a 3-point Gini coefficient increase (index of social stratification by income level) results in economic growth decrease by 0.35 p. p. In addition, the gap between rich and poor can lead to macroeconomic instability, the IMF experts warned.