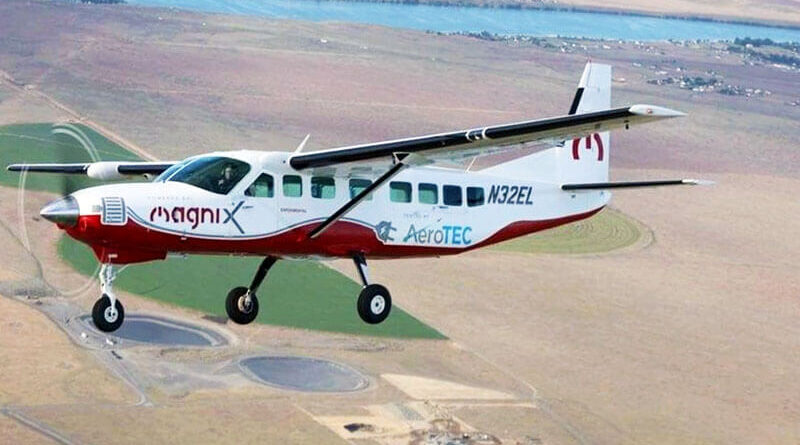 Today the world’s largest private electric aircraft Cessna 208B Grand Caravan performed its first 30-minute flight over Lake Moses in Washington. It was reported by NBCNews.

“The plane flew more than 100 miles per hour to an altitude of about 2,500 feet, made a few turns, and then landed after 28 minutes – otherwise nothing remarkable route for an ordinary aircraft,” it said in the message.

It is reported that the aircraft with an electric motor, rated at 750 horsepower, was made by MagniX.

Electric aircraft are planned to be used for fast passenger transportation in British Columbia in Canada and to the Pacific coast.

At one time the Grand Caravan can carry 9 passengers.

It can reach a maximum speed of 180km/h, and the electric battery has enough power to cover 160 km.