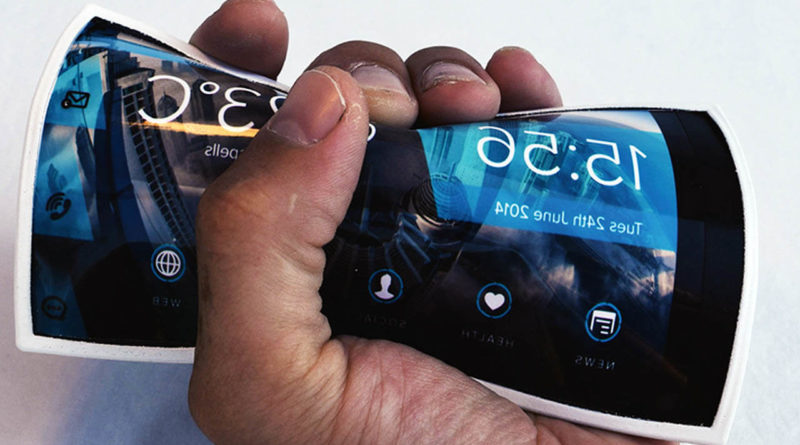 A couple more years and you can forget about SIM cards, you can charge your phone in less than a minute and you won’t break its screen even if you want to.

Sometimes there is a feeling that the manufacturing companies release another version of the smartphone almost every second Monday. But if you look at any of the new models picky and unbiased, you have to admit that, by and large, since January 2007 (yes, yes, that’s when the first iPhone came out) almost nothing so revolutionary in the field of mobile phones and did not appear.

Of course, some ordinary current smartphone can be much more than a skillfully flooded epple device. However, I would like something even more unusual. Rejoice! It’s not far off!

Really, why are we so caught up in these pieces of plastic? Mini-, micro- and nano-sim cards aren’t progress, they’re stomping in place. This is the next generation of even smaller simocards you can install in your smartphone only with tweezers and a huge magnifying glass.

Fortunately, both Apple and Samsung have joined forces and are currently working together on e-SIM, an electronic sim. Such a card will be built directly into the architecture of the mobile device.

WHEN IT’LL BE IN YOUR SMARTPHONE?

Back in 2015, The Financial Times boldly promised that e-SIM would be available by 2016. So what? Did you notice them? We haven’t. At the moment, negotiations with major operators are underway, but it seems that the widespread emergence of e-SIM should not wait until 2021.

Many top smartphone models already know how to charge in half an hour. But life is too short to wait that long. Back in 2014, a young Israeli company StoreDot announced the creation of technology that allows you to charge your phone in seconds (and the electric car – in minutes).

As is usually the case with important discoveries, this was done entirely by accident. Scientists came across the possibility of high-speed battery charging while studying Alzheimer’s disease. It turned out that the molecules of the peptide family, although guilty of the disease, but have an incredible ability to store energy. As a result, nanocrystals were obtained, on the basis of which the prototype of a superbattery was made.

WHEN WILL IT BE IN YOUR SMARTPHONE?

In 2014, StoreDot promised to mass-produce its batteries in 2016. You know what year it is. But the date keeps moving. Although the current version of the battery takes 30 seconds to charge, and it discharges 30% faster than a normal smartphone battery.

In 2010, Andrei Geim and Konstantin Novoselov of Russia received the Nobel Prize in physics for the discovery of graphene. This miracle material is a hundred times stronger than steel, it is flexible, transparent and impervious to most gases and liquids. Graphene was first obtained back in 2004. Since then, its production has become several times cheaper, and so the day is coming when you can finally put in your pocket a transparent, unusually thin, but incredibly strong graphene smartphone.

WHEN WILL IT BE IN YOUR SMARTPHONE?

“Samsung, Apple and Microsoft have already registered a lot of patents to use this material in gadgets. However, even the most optimistic predictions do not promise graphene-based electronics in a couple of years.