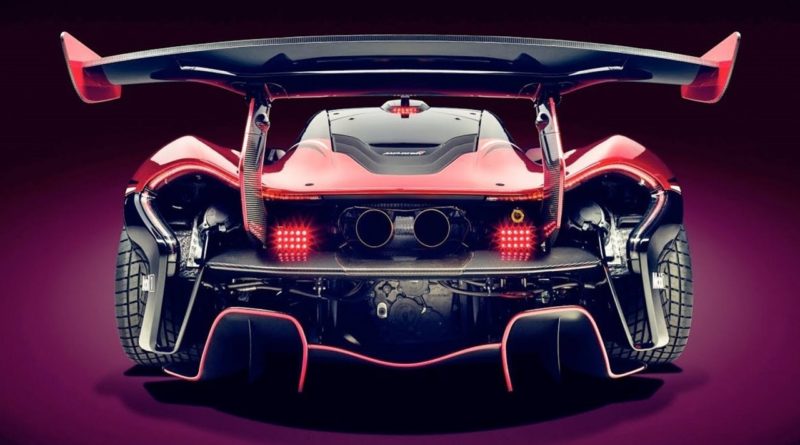 These five most expensive cars in the world are unlikely to be seen on our roads, as they are produced in extremely limited quantities. They are true works of art, with unrivalled performance, cutting-edge design and luxurious salons.

Sometimes they are not even exploited as cars, but kept in guarded garages like expensive venerable horses.

These are real superheroes of the automobile universe, flying faster than bullets and having more power than locomotives.

Prices for the top 5 most expensive cars are given either based on the manufacturer’s data (and they can change) or in a rounding of +/-$10000.

This supercar was created by a small Swedish manufacturer, Koenigsegg Automotive AB, which is not well known in our country and specializes in the production of exclusive sports cars.

Top 5 most expensive cars in the world – Koenigsegg Regera

The power hybrid unit is represented by a 5-liter V8 1100 hp engine with 1280 Nm of torque at 4100 rpm. And also three electric motors: one 217-horsepower engine on the shaft of internal combustion engine and two more are installed on the rear wheels, each with an output of 245 hp. They are powered by a set of lithium batteries with a capacity of 9.27 kWh, the volume of which is sufficient for about 50 km of driving on the electric traction.

Initially it was planned to produce no more than 80 units of Koenigsegg Regera, and all cars have already been sold, despite their price of $2.2 million.

Magnificent and amazing, brilliant and unrivaled – whatever euphemisms this Italian sports car with its unbridled temperament and $2.3 million price tag gives to it.

“Packed” in carbon-titanium monocoque, equipped with a 760-horsepower “Mercedes” engine connected with a 7-speed gearbox, this hypercar, similar to a deep-sea predatory fish, promises its owner an indescribable experience while driving.

What’s more, a top speed of 370 km/h, a 3-second sprint of up to 100 km/h, and the highest lateral acceleration (1.8 g) among vehicles intended for use on public roads!

Lightweight, also due to the use of modernized suspension made of the new HiForg aluminum alloy, it weighs only 1280 kg. It is equipped with ceramic brake discs Brembo, reinforced with carbon fiber, and specially designed for it lightweight, but chain tyres Pirelli.

It is planned to build no more than 100 copies of Huayra Roadster, and all the cars have already been purchased by wealthy collectors and fans of the brand.

Solid as a mature single malt whisky and muscular as a winged centaur, Bugatti Chiron is a real masterpiece of automotive art with a 1500 – strong 8-liter “heart”, 2.5-second jerk from a place up to 100 km/h and the ability to accelerate up to 460 km/h.

But, for such combination of force, functionality and refined comfort it is necessary to pay: in the city the car consumes 35,2 l/100 km, and only the complete set of tyres Michelin on it will manage in $42000.

It was first presented to the public in 2016. In 2017 TopGear magazine named the novelty “Hypercar of the Year”, and in 2018 it is planned to set a world speed record.

According to the manufacturer himself, since the beginning of the car’s creation, it has dispersed around the world “circulation” of 300 pieces, and in total it is planned to bring the number of “Shironov” to the level of 500 cars. Each of these masterpieces’ costs from $2.7 million to $3.5 million.

This special car, named after the Scandinavian warrior maiden Valkyrie, is said to have the power of the gods. It has absolutely unique appearance – aggressive, as if the body of a predatory cat has sprung up before a jump.

The creators have completely rid the car of steel details, having executed a body completely from carbon fiber and having made super-lightweight – weight of the car makes 1030 kg, and the parity of power to weight – 1:1.

The hypercar will be powered by a hybrid propulsion system. It consists of an atmospheric gasoline 6.5-liter V12 and an electric motor from Rimac. The total capacity will be about 1130 horsepower.

Serial production of this car is planned for 2018. It is now being developed by a team of manufacturers – Aston Martin, Red Bull Racing, Bosch, Rimac Automobili, Michelin, and many others.

So far it is planned that no more than 25 copies of the racing version of this car and 150 copies of the road version will be removed from the conveyor belt. The declared price is $3.5 million.

Recognized as the king of modern roads, the Lamborghini Veneno Roadster is still the most expensive racing car in the world today. According to experts, this car is the owner of the best aerodynamics, stability and controllability in the world.

With a body made entirely of carbon fiber, without a roof and with armchairs covered with a special material called CarbonSkin, it is as beautiful as a thoroughbred mustang and dynamic as a rocket.

His name Veno received in honor of one of the legendary bulls participating in the bullfight, and today the Earth travels on the roads of the planet only 9 such supercars. Its price now is $4.5 million.