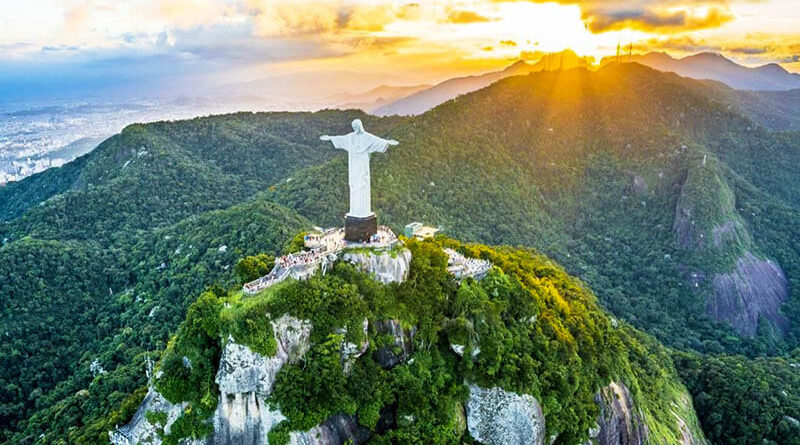 Because of the COVID-19 epidemic, travel has become more dangerous to health, but often and much cheaper. Are the Germans now going to give up their holidays abroad?

Going or not going? This is the question for everyone who is thinking about the upcoming summer vacation or a tour in the spring holidays. On the one hand, the coronavirus. On the other hand, the decline and even collapse in prices for many tourist destinations and services caused by it. What to do?

“Travel has already become a basic human need. People will not give up traveling,” says Professor Jürgen Schmude of Munich University. He is studying the economics of tourism and is convinced that in order for holidaymakers to give up travel completely due to the COVID-19 epidemic, “a lot more has to happen”.

What if they do? In any case, the number of tourists booking at the very last moment will again increase, predicts Professor Schmude in a conversation with Reuters published on March 3: “Many are waiting to see the virus spread and will decide much later”. When exactly?

The scientist believes that a certain test of mood can be Easter holidays – a very popular holiday period in Europe, especially in Germany. This year they will come in the first half of April. “If the situation calms down in the coming weeks, Easter tourist business may go almost normally”, – hopes Jurgen Schmude. He does, however, assume that many holidaymakers will prefer rural areas, as the large crowds of people in large cities increase the potential risk of infection.

Travel to Italy: which regions are not recommended to visit

However, he does not rule out that there will be demand even for Italy. This country is traditionally one of the top five or three most popular foreign tourist destinations in Germany, but its northern part has become the largest center of the COVID-19 epidemic in Europe. But this does not mean that “German tourists now cross out all of Italy,” says Professor Schmude and explains: “They are not going to Lombardy now, but for example, to Sicily, this no longer applies.

It is this selective approach that is recommended to German tourists and the German Foreign Office, which is responsible in Germany for warnings about travel to dangerous regions. The website of the German Foreign Ministry says that at the moment (data as of March 5) it advises not to travel to the province of Lodi in Lombardy and to the village of Wo Euganeo in the province of Padua in the Veneto region.

Thus, visits to other provinces and cities of Lombardy, including its capital Milan, and the Veneto region, including Venice, experts from the German Foreign Office do not consider dangerous. However, they do not recommend going to Iran. This somewhat contradicts the assessment of the Robert Koch Institute (RKI) in Berlin, the key government institution responsible for the study and control of infectious diseases in Germany. It reports to the Federal Ministry of Health.

The Institute considers not the entire Iran as a “risk zone”, as the Foreign Ministry, but only Qom Province and Tehran (data for March 5 have not changed since March 2). At the same time, in Italy, epidemic experts from RKI, in contrast to the Ministry of Foreign Affairs, not only the whole of Lombardy, but also the Emilia Romagna region with its capital Bologna is considered as a “risk zone”.

Rest in the south is always in demand

But on other continents, such as Asia, many people think that the whole of Italy, or even the whole of Europe, is dangerous now, says Jurgen Schmude. But this is a common phenomenon, familiar from previous crises, assures a specialist in the tourism industry. “After the accident at the nuclear power plant in Japanese Fukushima, many Europeans did not want to fly to (South Korea), although it is very far from the disaster site. And after the Ebola outbreak in Central Africa, many Germans did not want to fly to South Africa,” the professor lists.

However, in such cases, tourists did not refuse to travel at all, but simply changed direction flexibly. Jürgen Schmude is convinced that the same thing is about to happen. At the same time, he doubts that the spread of coronavirus around the world will lead to the fact that German tourists will begin to massively refuse to travel abroad and prefer to rest within Germany (especially since the coronavirus is rapidly spreading now and in Germany itself).

The experience of recent years shows that in summer many Germans want to have a rest in the south. So, after the attacks in Egypt and Turkey vacationers quickly reoriented to other countries with warm seas – Spain, Italy and Greece, the expert reminds. According to him, “tourists have a very short memory”: if the epidemic of coronavirus will decline and will appear less often in the headlines, traditionally popular destinations quickly again become in demand.

Big discounts on hotels and tours?

Especially since the tourism industry will surely offer significant discounts. “If we talk about the price, there is a certain red line, behind which many tourists are ready to neglect the assumed risk”, – said Professor Jurgen Schmude.

However, so far in Germany, no large-scale cheapening of tickets and tours for the summer months is not observed. But it’s just too early for that. Actually, tour operators felt a sharp decline in the number of bookings only in the week from 17 to 23 February, reported on March 4 Dörte Nordbeck. She heads the company Travel Data + Analytics, tracking trends in the German travel market. It was the week when reports on the distribution of COVID-19 in Italy were sent.

So the prices for the next few weeks are still declining except for some hotels, especially in those European cities where major events are canceled – fairs, congresses, sports competitions. Europe does not yet have such a collapse, as in Asia, where a significant number of tourists have so far been Chinese.

According to DW, in the hotels of the Indonesian island of Bali customers have canceled 40 thousand reservations. And a correspondent of Süddeutsche Zeitung in Hong Kong reports that rooms in four-star hotels in this city, one of the most expensive in the world, are now worth about 22 euros per night. By the way, the German Foreign Office does not dissuade from traveling to Bali or Hong Kong, in other words, considers these popular tourist destinations safe.

Questionnaire: to refuse a holiday abroad or not?

It is quite possible that such prices will force one or another tourist to overcome initial fears or doubts and go to distant exotic lands. To the question of the YouGov Institute for Public Opinion Research “Would you refuse a vacation abroad because of COVID-19?”, asked on March 2, 20% of German citizens over 18 years of age answered “no”, another 22% – “rather no”. At the same time, 18% said they would refuse, and another 21% said they would rather refuse.

As we can see, the respondents were almost equally divided, with 19% having difficulty answering and thus can swing either in one or the other direction. Dörte Nordbeck comes to similar conclusions when analysing booking dynamics. In the outbound tourism market of Germany (the largest in Europe) now, indeed, “some general restraint is observed”, however, the expert stresses, “holidays are valued (by Germans – Ed.) so highly that this restraint may turn out to be only temporary”.

However, in the near future German vacationers who have decided to leave Germany to take a vacation somewhere abroad from coronavirus, despite the global epidemic or even pandemic, may face a completely unusual problem. Israel has banned tourists from Germany as well as Austria, Spain, France and Switzerland from entering the country since March 6, and has already closed the border for Italians before that. And what if other countries resort to the same measure against travelers from countries with large numbers of infected people?