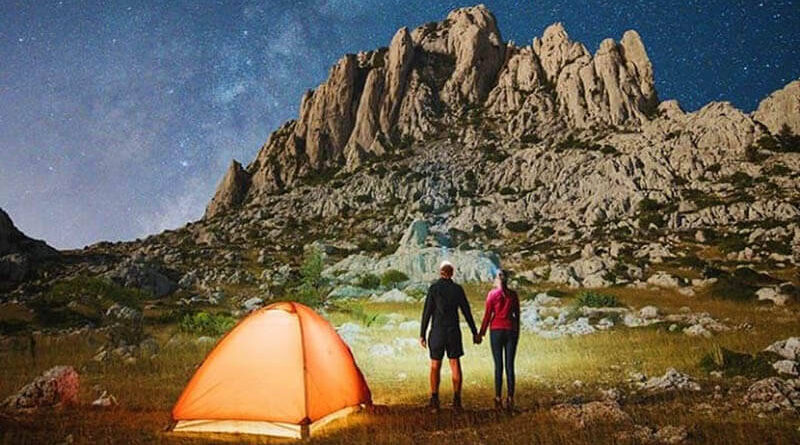 My message is for those who do not want to spoil their vacation. I will say upfront that compared to the general mass of hotels Golden Sands, perhaps, this option is one of the best. But the general mass is three socialist hotels and that all is relative.

Summary: my son, my friends and I were shocked. In shock from room service, from the organization of food and behavior of waiters (which in fact is not) and staff in general, from the reception, the uselessness of complaining about anything. By the way, the hotel descriptions on the pages of the Internet states that the hotel has its own beach, umbrellas and sun loungers are free. This is not quite true – read below.

– The hotel is located 10 lines from the coast, its beach was not until July 9. Then it was announced that they had organized a private beach hotel, to get to which you can, but first sign up for a transfer, which is carried out by some machine. And if you signed up, you are required to go to this beach, as your “all inclusive” automatically transferred there. To be transported back to the hotel, you have to make an appointment in advance with the beach manager. If you stay in the building 4 *, then with you still money for an umbrella and sun lounger 10 lev, and it is 5 euros (or 200rub). Walk 20 minutes.

– The hotel has free delivery on a nice train to the nearest beach hotel Riviera, but the entrance is paid.

– Insane room service. On the 3rd day, when they didn’t change the linens, I left a note at the front desk. After that, and ceased to change the towels on time. In general, they were changed after I called and complained. And it happened and dirty towels rolled up and hung back. No one designed any swans. As a result, cleaning staff sabotaged our room and the last 3 days did not even cleaned. Our neighbors put money on the bedside table and they had no problems. As soon as they didn’t put it in, cleaning was over. Heard a neighbor screaming at the front desk.

– The restaurant is for a 4* building. To call it that word is absolutely impossible. It is a McDonald’s with poorly trained staff. Because there are no free tables. Free tables are filled with food and the plates of the eaters who left. The waiters don’t rush to clean it up. If you think they are carrying drinks, you are a deeply spoiled tourist. In this hotel – this is not even provided for. There is no provision for more than 3 waiters in the room. These three walk past you with plates and pour the leftovers into the waste bins. The bins are on carts, there are exactly three carts, but they are located in the hall in such a way that you can’t not see or hear them. No matter where you sit, the waste is dumped right next to your ear. On our departure another hall was opened, it was clean, quiet, more waiters and waiters all young guys and even obliging, even there was a hope that they can work and everything will be fine. The 5* has its own restaurant and we were not there.

– Food. At first we were happy with the food, which is really different from the buffet of Egypt or Turkey. But then we realized that this is the same only from the side. Day 6-7 the menu shrank, there was literally nothing to eat. There was not much fruit, watermelon once a week. Bananas, apples, green or rotten peaches and nectarines are lying around. Salads are blatantly made of leftovers from uneaten lunch or dinner. The salt was wet, not shaken out of the salt shaker. In response to a request for dry salt, the manager of the restaurant said that there is no such salt, as the sea is nearby and everything is wet. The Bulgarian absurdity. After such statements you begin to understand that the general level of education in Bulgaria is 6 grades, no more.

Drinks: by the end of lunch or dinner time, they run out and are not refilled. Limit.

– Pool. There are 3 pools. One large with 2 slides, 2nd frog, 3rd children’s circle. Around the big pool fits 30 beds, no mattresses at the hotel. There is also animation.

– Animation. Mediocre attempt at Egyptian animation. Songs and fun are exactly the same, but the execution is amateur. As if you are about to have an operation, and you understand that it will not be done by doctors, but by trainees. What was visible all the time from the animation was the darts game. But we didn’t go to their events either, so we can’t say more.

There was another trick that we could not decipher. At dinner in the restaurant there was live music. A girl played popular songs on a synthesizer without vocal accompaniment. The dinner lasts from 6 pm to 9 pm. So, when we came to dinner at 7 pm – she was already eating with all the guests in the same restaurant. What she did afterwards, we didn’t see. Walked home? Weird hotel service contract.

– Reception. They work in shifts. One shift says one thing, the other says the exact opposite. And it is completely unclear what determines their unfriendliness. Probably illiteracy. It is better to pretend not to speak Russian than to think how to solve an issue.

For example, we paid for a private beach (we decided to have a last look), ordered transport. In the morning got up – the rain, the sky was covered. It is cold. We are at the reception – to report that we do not go and transport is not necessary and give the money. Russian-speaking girl said that the money is not refundable, but can move the beach day. I did not argue, and despite the fact that we were leaving tomorrow – postponed to tomorrow, leaving late. The day before tomorrow the rain didn’t stop and the bad weather played out. We went to the front desk. There is already another shift and we were given the money. By the way immediately solved the question of the room, which we did not have to release at 12.00, as we arrived in the morning paid for the day. And the day before the previous shift menacingly said that we should release and in the computer and they have all the payments are fixed. And we have no payment. And the fresh shift even showed the monitor, where it was recorded that the room is paid for up to 20.00.

– Laundry. One pair of socks – 2 leva (1 euro). I wanted to mock and give in the wash 1 pair of socks to run the machine for 1 pair. But then I realized that they will wash in a common pile. So how do they wash everything else? If it’s white, do they do it with someone else’s white? There’s no self-service. Or was I talking to the wrong shift at the front desk again?:)

– Immediately gave a room with a view of the sea, as prescribed in the contract.

– Spa center, which do massage of all kinds and good enough. But stock up on money for this purpose. Cheaper than in Moscow, but still money. By the way, I did some light marketing and called other hotels that advertised that they do hydromassage. But there they apologized and said that their equipment was broken.

– Free steam train to Riviera beach. The beach, although paid, but significantly different in a good way from all the other beaches. And the sea is clean, and crabs run and the view is gorgeous. There is also a romantic restaurant on the beach with classical music.

So, good people, think for yourself, decide for yourself. But everything I wrote is true.