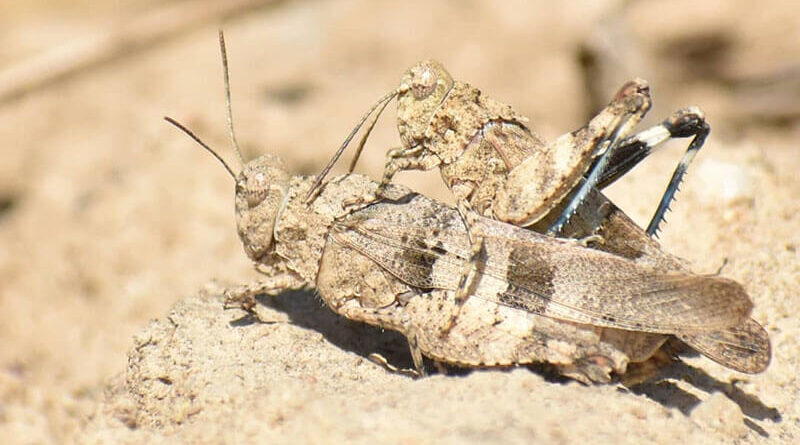 Step by step, scientists from the United States are learning how to make sure that locusts with implanted electrodes can detect explosives, find the source of odor and report it to humans. A new study shows that these insects can quickly and accurately distinguish TNT from dinitrotoluene.Researchers from the United States have been able to find out whether it is possible to control the movement of locusts, whether it is possible to learn to “read her thoughts”, and finally, whether she can even identify explosives by smell?Scientists have demonstrated the ability to control locusts and come up with a way to understand how it smells. And now, thanks to a study by experts from the University of Washington, and formed the last piece of the puzzle, writes Science Daily.

Details of the openingScientists have managed to “break” the olfactory system of locusts to understand how insects recognize various odors and, in particular, the smell of explosives. They also optimized a previously created system of perception for biorobots, which is able to transmit this information to humans.It turned out that neurons in the brain of locusts react differently to TNT and dinitrotoluene, as well as to other pairs of chemicals.Next, the scientists understood how the reaction of the locust brain differs to the smell in different concentrations. This allowed them to adjust the system to determine the exact position of the odor source.And in order to maintain a stable state of insects while studying their brain activity, they have developed a surgical procedure to attach electrodes that do not interfere with the movement of locusts. Now the developers are ready to implant electrodes and test cyborgs in the field.

Similar studiesLast year, Chinese researchers announced the creation of a neurointerface that allows you to control the movement of rats. The wireless system made it possible to control a rodent moving through a maze by the power of thought.