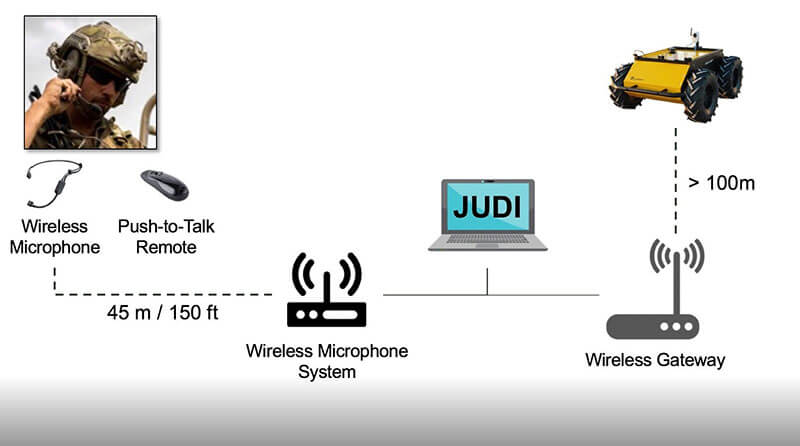 Today, the research fields of the U.S. Army have received quite interesting information about a very unusual robot-technical project called JUDI – or rather, the project has rather a focus on the development of the eponymous artificial intelligence, which then will find its introduction and design in one form or another of robots and applied robotics. This project is about the possibility of creating a system of interaction and communication between human soldiers and robots, through which they could perform various operations and actions extremely effectively, supporting each other and providing the necessary information.

It is worth noting the fact that this artificial intelligence has really impressive functionality right now, because a team of developers from the U.S. Army – with whom their colleagues from the Institute of Southern California also worked side by side – has already introduced a special device-switch of preliminary functionality that is used to translate human speech into binary code. Thus, this JUDI Artificial Intelligence, deciphered as Joint Understanding and Dialogue Interface, provides a fast and, most importantly, flexible way to interact with various army-type robots by giving them commands and requesting certain tactical information.

Moreover, robots, for their part, may also request information from military personnel and ask various questions regarding statuses and situations that may arise on the battlefield or in other conditions. This approach seems to be very versatile and multifunctional.

Given the fact that the U.S. Army has previously worked one way or another to develop such a practical interface, it becomes clear why its experts were able to so quickly build the first practical prototype of the interface – but ahead of a joint team of specialists in robotics and artificial intelligence is really difficult and lengthy work to improve the functionality and features of the system.