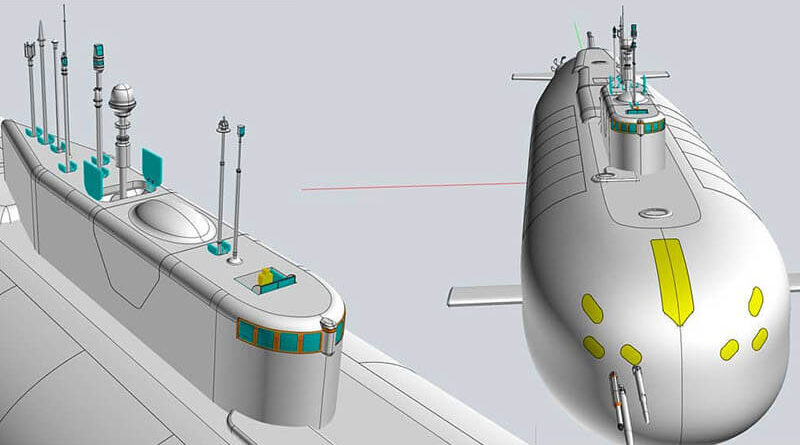 The United States wants to build a promising multipurpose submarine based on the “strategic” submarine Columbia to deter China. Thus, it will be much larger than a Virginia-type submarine. This is reported by the Eurasia Times.

In the future, the Pentagon plans to obtain a new multi-purpose submarine known as SSN(X). Until recently, there was almost no information about it, but now some details have become known.

According to USNI News, the promising nuclear submarine for the U.S. Navy should be noticeably larger than Virginia, which will bring it closer in size to Seawolf submarine. The multi-purpose boat may be based on technical solutions used on the Columbia submarine.

The latter is a promising strategic nuclear submarine, which should replace outdated Ohio type submarines.

It is assumed that a wider hull will allow the designers of the promising multi-purpose submarine to solve a number of key issues. This concerns, for example, noise level (due to application of new materials) and speed of the ship.

It is expected that they will appear in 2030s. According to the U.S. Navy armament designers, a lot of work is planned for the newest attack submarine, with an emphasis on improving its capabilities so that it can deliver long-range high-precision strikes, delivering special operations forces for covert attacks with a high degree of risk.

While the U.S. Navy already has many modern warships, fighter jets and submarines at its disposal, there is a need for constant upgrades to counter the undeniable Chinese mass espionage and the design of Western models of aircraft, tanks, ships and other military equipment, the publication notes.