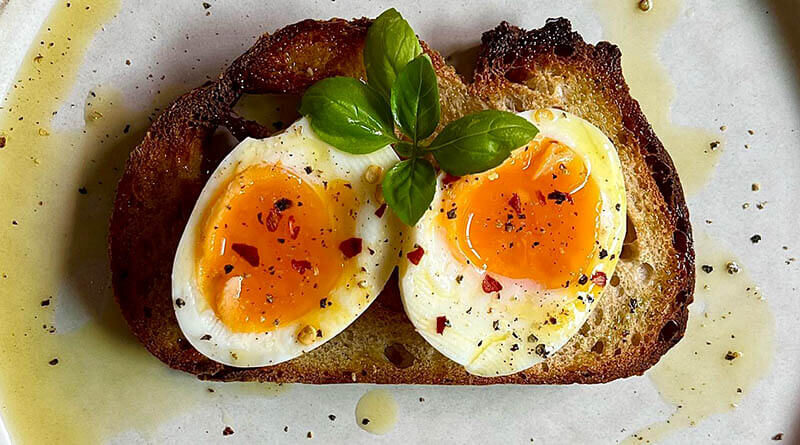 Giving up meat should be a conscious step, and the diet must be balanced so that the body receives the full amount of vitamins and minerals.

The main part of the diet in Kazakhstan has always been meat: so it was historically. But everything is changing, and every year vegetarianism is becoming more common. The attitude to this kind of food we have different: many are surprised, delighted, criticized and even tried to “talk sense” to vegetarians. Informburo.kz decided to guess what is vegetarianism in fact: a fashionable tendency, demonstration of consciousness to the nature, a way to lose weight or irreparable harm for health?

Evolution and nutrition: how did human ancestors started eating meat?
The basic principle of evolution is that those individuals who were most successful in adapting to their environment survive and leave their offspring. So gradually with the change of thousands of generations unnecessary features disappear, and the necessary – are preserved. The australopithecines, the ape-like apes that became upright, also faced such selection. The theory of evolution suggests that they are the most ancient ancestor of humans.

Two branches separated from Australopithecus evolutionarily. One of them is the paranthropes. Paranthropes were the most ancient vegetarians, and they even evolved adaptations for this: a massive skull with well-developed jaws, enormous back teeth and small front teeth, and also a crest on the apex. Powerful jaw muscles were attached to the ridge. And all this to eat tough plant foods. But the paranthropic branch was a dead end.

The second branch led to the emergence of humans. Its representatives began to eat animal food on a regular basis: first, carcasses and bone marrow, and then fresh meat.

Of course, modern man did not emerge only as a result of the fact that his ancestors began to eat meat. But animal food has played an important role. First, it is much more valuable energy than plant food. It helped ancient ancestors not only to survive, but also freed them from constant chewing and searching for food. Instead, they were able to spend their time on improving the efficiency of their activities: for example, creating elementary tools. Secondly, thanks to proteins and amino acids, animal food was needed when the brain structure became more complex.

We inherited our current “wisdom” teeth from ancestors who ate hard and tough foods. Now nutrition has changed so much that they have become unnecessary: now they may not set when the embryo is formed. And in adulthood, they will not grow at all, and their absence is considered a variant of the norm. This is how evolution gradually gets rid of an unnecessary trait.

To eat or not to eat: does man need meat?

The body does not “think” with foods and meals. Biological mechanisms do not dictate: to eat rice or buckwheat, pasta or cakes. We need basic nutrients: proteins, fats, carbohydrates, minerals, vitamins. And there are two problems:

Some nutrients are only found in animal foods;

Some nutrients have low bioavailability from plant foods – they are poorly absorbed.

But in the 21st century, these nutrients can be consumed externally in the form of supplements. Therefore, if we ask the question, “Does man need meat?”, the answer is no. No, we don’t have to eat meat. We do have to watch our diets and replenish the substances that are in short supply.

There is an opinion that giving up meat will improve health. Informburo.kz asked Anastasia Kolpakova, a nutritionist, dietitian and master of medical sciences, about it.

Anastasia said: “There are diseases in which it is necessary to reduce the amount of protein in the diet – it is gout, chronic renal failure, chronic glomerulonephritis, atherosclerosis. There is also an opinion that you should give up meat in case of cancer. I would like to warn the readers and say that there is no scientific evidence base under this statement at the present time. It is recommended that elderly people reduce the amount of meat, but in the diet every day should be present sources of animal protein: dairy products, eggs, you can include 2-3 times a week fish and seafood.

People become vegetarian for different reasons: in some countries meat is too expensive, someone does not eat meat because of environmental, ethical or religious beliefs. Depending on what foods are considered acceptable besides plant foods, there are several types of vegetarianism.

In addition, it is allowed to eat mushrooms. Opinions differ about honey and other bee products: some consider them acceptable and others do not.

The American Dietetic Association published its position on vegetarian diets in 2009, based on a review of research on the necessary nutrients in the diet of vegetarians. Nutritionists concluded that “well-planned vegetarian diets are appropriate for people at all stages of the life cycle, including pregnancy, lactation, infancy, childhood and adolescence, as well as for athletes.” Of course, as long as the diet is precisely planned to provide all the necessary substances: with fortified foods or supplements, for example. In the realities of our country, this is not always possible, especially for strict vegans.

Vegetarians need to make sure that their diet contains enough

It is also important to monitor the content of these substances in the diet, because their bioavailability from plant foods is lower: they are less absorbed by the body. This is especially true for vitamins and minerals. For example, the American Journal of Clinical Nutrition published a study on the absorption of iron, zinc and copper from vegetarian and non-vegetarian diets. While the amounts of these minerals were roughly comparable, they were less well absorbed from plant foods.

Anastasia Kolpakova explained the sources from which vegetarians can get the necessary nutrients:

Protein: dairy products or eggs if a person is lacto- or veggie-vegetarian. For vegans, include legumes, nuts, nut pastes, and soy products in the diet.

Vitamin B12: breakfast cereals enriched with vitamin B12, soy drinks and yeast.

Anastasia Kolpakova cautions that it is better to think about the diet at once: “First of all, I would like to give advice to those who are just planning to change their traditional diet to vegetarianism. The transition to a new type of diet should be gradual, it is important to think through your diet, include a variety of foods that will meet the needs of the body. Signs of nutrient deficiencies do not appear immediately, it will take at least three years before your health begins to fail. So don’t wait for signs of vitamin and mineral deficiencies, but make your new diet varied and balanced from day one.”

What vitamins and minerals vegetarians need to watch out for

Anastasia Kolpakova advises to pay attention to the general well-being, body weight and muscle mass condition in the first place.

It will also be useful to monitor blood indicators: hemoglobin, determining the total iron-binding capacity of blood serum, vitamins B12 and D in blood serum.

Now it is also possible to take a genetic test and determine whether a person can be a vegetarian at all, and whether a new type of diet will not harm health. There are already laboratories in Kazakhstan, which are engaged in such diagnostics.

Who is contraindicated to vegetarianism

Anastasiya Kolpakova believes that strict vegetarianism is contraindicated for pregnant and nursing mothers: “During this period it is important to prevent nutritional deficiencies, especially in the first trimester, when the laying of all organs and tissues. Protein, the building material of our body, is necessary for these processes. Protein, in its turn, consists of amino acids and in order to build healthy organs, we should get 20 essential amino acids from food. The most complete protein is animal protein, found in meat. It is quite difficult to collect a complete set of essential amino acids with plant foods.”

Anastasia also explained why giving up animal products is contraindicated for children of the first 5-10 years of life: active growth and development of the body which needs high-grade protein takes place.

Also contraindication to vegetarianism will be health problems:

The recovery period after injuries.

Strict vegetarianism is also contraindicated for athletes or people who have a lot of physical activity.

Will vegetarianism help to lose weight?

People like to look for a magic pill for any occasion: this may be how the opinion about the effect of weight loss due to vegetarianism. But to abruptly stop eating meat to lose weight is not a good idea. This is a stress to the body.

Anastasia Kolpakova draws attention to the fact that the transition to a new type of diet should be gradual. Vegetarianism is not suitable as a short-term and magic measure for weight loss. If you change your diet abruptly, you can add to your health problems.

She also emphasized that an individual approach to weight loss is important: “If a person is a vegetarian, only in this case I develop a diet on the principles of vegetarianism. But in general, to lose weight, you don’t have to give up meat. It’s all individual, there are no recommendations and diets that will suit everyone.

There are studies that show that giving up meat reduces the risk of coronary heart disease and the risk of other cardiovascular diseases, diabetes and obesity, and increases life expectancy.

It should be understood that in poor countries, where people are forced not to eat meat, this relationship is not observed. After all, the diet there is unbalanced, with a deficit of many vitamins and minerals. In addition, vegetarians in developed countries, in addition to a balanced diet, are usually physically active and receive quality medical care.

But there is nothing bad and unacceptable for health in vegetarianism. The main thing is to watch your diet and your well-being. But it can be difficult in northern regions with long and cold winters, when fruits and vegetables are expensive and their vitamin and mineral content is reduced.