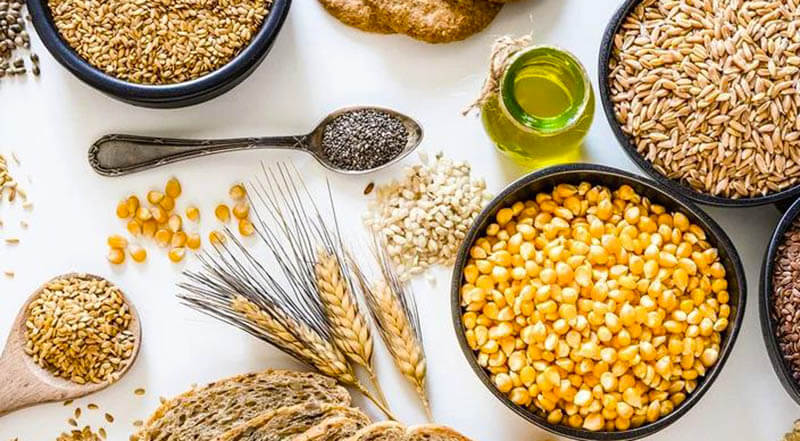 With the arrival of dark and dank autumn days we often fall, if not into depression, then into moping. There is apathy, homesickness, boredom, gloomy thoughts, and an obsessive sense of hopelessness. What used to bring pleasure ceases to bring joy, and the person begins to look for a way out of the situation. “A simple way to regain a good mood is to turn to what we eat. So-called neurotransmitters – serotonin, dopamine, endorphin and tryptophan – improve mood. Thanks to these substances we feel joy, vitality and positive emotions. Therefore our diet should include fatty fish, colorful vegetables and fruits”, – recommends Elena Shatkar, doctor of the highest category, endocrinologist of the Residence of Longevity and Beauty GLMED.

The condition, which is called the autumn melancholy, is often caused by vitamin deficiency. Of course, there are other causes as well, but before talking about seasonal depression or something serious, a doctor will try to rule out these factors. When the cold weather comes, to regulate heat exchange, the body begins to use all its resources, that is, the vitamins that have been accumulated during the summer. The most “winter” vitamins are considered to be A, C, D, E and group B.

“According to modern research, the substance that we know as vitamin D is more of a steroid hormone (in English it is called hormon), which plays a critical role in the body. It regulates the activity of over a thousand different genes, that is, it controls the work of about 3% of the entire human genome. It directly affects human health and quality of life – says Maria Merekina, dermatocosmetologist Yulia Shcherbatova Clinic of Modern Cosmetology. – Vitamin D is synthesized in the body under the influence of ultraviolet rays of the B range, and is also contained in certain foods: fish, butter, eggs and milk. According to various estimates, various forms of vitamin D deficiency affect up to 75% of the world’s population, mainly due to insufficient insolation and unbalanced diet.

In the case of a real shortage of vitamin D your doctor may prescribe cholecalciferol, it is absolutely safe, because the body itself produces from it the amount of vitamin D you need.

However, you should not pick up your own vitamins, especially without an obvious reason. “It is worth doing checksups (taking tests) and looking at the condition of the body. Instead of pharmacy vitamins it is better to use alternative products and superfoods. If you adhere to a vegan type of diet, you can use B-12 supplements based on the results of blood tests when iron levels are low,” recommends Alena Zlobina, founder and inspirer of the Taste&Color project, an adept of healthy eating and lifestyle.

It’s a good idea to include foods rich in all of the above vitamins, as well as calcium and omega-3 in your diet. “First and foremost, I would turn your attention to oily fish such as salmon, trout, and tuna. Fish is rich in omega-3 fatty acids, the amino acid tryptophan, and vitamin B6, which is good for both the nervous and immune systems. A piece of good fish for lunch should be eaten by all means. We choose bright vegetables with vitamins and antioxidants – yellow, red, green – to accompany the fish. This is at the same time a color therapy. Moreover, red hot pepper calms the nervous system, because in response to burning in the mouth, our brain releases endorphins, which relieve pain and improve mood, – advises Elena Shatkar. – If we talk about fruits, bananas are in the first place for their antidepressant properties. The high content of serotonin, vitamin B6, as well as the alkaloid harman is able not only to disperse melancholy, but even cause a feeling of euphoria and even give strength during fatigue. People of normal weight can eat bananas at any time of the day, the rest of us should eat them in the first half of the day. Very good is our anthonovka tree, which is rich in vitamin C. If you want a sweet tooth, it is better to give preference to dark chocolate, but not to milk chocolate, as it is less useful. Cocoa beans contain phenylethylamine, due to which the body produces the well-known hormone of happiness, endorphins. They are also rich in magnesium, which has the ability to relieve stress.

One of the most versatile fall and winter foods is pumpkin, which is rich in vitamins A, C, D, E, F, and PP at the same time. “I recommend eating it raw to preserve all these vitamins in their entirety, for example, you can slice pumpkin into a salad. Other options are pumpkin pie or cream soup. Lots of vitamin C in bell peppers, rose hips, kiwi, sauerkraut, lemons, onions, and broccoli. Vitamin E is found in vegetable oils and nuts, as well as dried fruits, dried berries, and cereals. It is especially abundant in wheat sprouts, as is vitamin D. The most convenient way to prepare it is in the form of a wheat sprout fresh from vitgrass, a drink called “liquid sunshine”,” says Alena Zlobina.

Elena Shatkar adds that nuts, oatmeal and buckwheat are also rich in tryptophan, which when processed in the body promotes the formation of one of the hormones of happiness – serotonin.

If you don’t have time for hot meals, you can recharge your vitamins from drinks or salads that don’t take more than ten minutes to prepare. “A hot drink with ginger root, cloves, lemon and honey warms and protects against colds. Decoction of red rowan berries, raspberries and honey increases the immune system, saturates with vitamins, helps with gastrointestinal disorders. Another option of a useful drink is Kalmykian tea. The basis of the drink is green tea, which should be boiled with spices (ayre, bay leaf, cloves, black pepper peas) for ten minutes. Then add butter or melted in a pan mutton fat and salt to taste,” recommends Alina Reiselman, blogger, lifestyle coach and author of the book “Aphrodite Diets”.

The expert adds that you can make fruit and berry flip pies: a mold is greased with butter, berries and fruit are laid on it, which should be covered with shortbread, biscuit or sour cream dough and sent to the oven.

“You can prepare sea buckthorn oil. To do this, you need to crush sea buckthorn in a blender, squeeze it and pour in vegetable oil. Then leave to infuse for three days in a warm place, not forgetting to stir. Then use a teaspoon once every three days. Another option is to pour boiling water over sea buckthorn, add pears, cinnamon, and a natural sweetener like grape syrup or Jerusalem artichoke syrup, – says Alyona Zlobina. – A variation on the vitamin salad is a mix of avocado, spinach leaves, pomegranate, and pecans dressed with lemon juice and olive oil.”