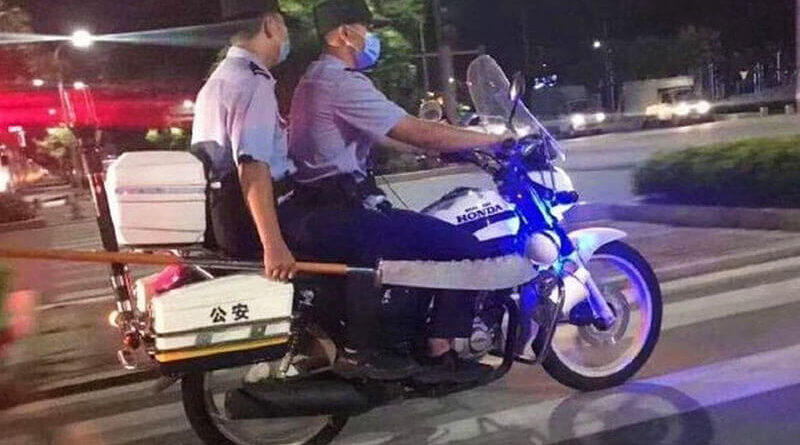 The fact is obvious: the Swedes are politically correct, avoid conflicts and closely watch in order not to offend anyone. At the same time, in Sweden they know how to joke both accurately and wittily, and viciously – so it is no coincidence that the most popular logger in the world – Swedish PewDiePie. Editor of “Medusa” Alexander Polivanov tells what the Swedes laugh at and how humor helps to understand the country and its residents.

The Swedes do not think about themselves as the world thinks about them. And this is what they care about.

Outside of Sweden, there is hardly a stable image of Swedish humor. Unlike the Scandinavian cinema noir, local comedies are rarely successful in exporting, but are in great demand at home. For foreigners, Swedish cinema is more the films of Ingmar Bergman and Roy Andersson or detective series. The Swedes themselves sit at the TV sets and watch the sitcom “Sulcidan: a place in the sun” (Solsidan) about a dentist who moved from Stockholm to a rich country village – or include “Charter” (Sällskapsresan), a 1980 comedy about Swedish tourists in the Canaries (in sequels, the list of charter destinations has expanded) – it still holds the Swedish record for the number of viewers who watched the film in the cinema. In terms of quotability and degree of penetration into the national humor “Charter” is comparable to the Soviet blockbusters Gaidai and Ryazanov. Even the fate of a person with Asperger’s syndrome may become a light humorous film – it is to this very fate that the popular 2010 film “There are no feelings in space” (I rymden finns inga känslor) is devoted.

This mismatch between local passions and Sweden’s popular “for export” image is of great interest to Swedes – and they are very concerned about how they are treated abroad. It is no coincidence that the characters of “Charter” get into one comic situation after another just somewhere in the Spanish islands or in the Alpine mountains. This becomes an occasion for inexhaustible self-irony. “A German, a Frenchman and a Swede in Africa see an elephant. I wonder how much you can earn on ivory,” counts the German. What an incredible beautiful creature,” admires the Frenchman. Well, well, what does an elephant think about Sweden? – the Swede is worried.”

Self-irony, please. All the way to self-irony

Swedes joke about their flaws so much that they seem to be proud of them. Is it snowing in April? Let’s make a memo “a month before the summer vacations in Sweden. Are the Swedes in the street shy about asking the way and are they actually protecting their personal space? It is also documented:

Swedish public transport is a separate cause for jokes and memories, especially since in major cities it is used by almost everyone, including ministers and top managers; if you drive your own car every day, it is very likely that you live somewhere in the outback. Did autumn foliage or the first snow fill the rails? The whole city jokes about the employees of the subway and railway, for whom the coming of winter year after year is a total surprise. Shortened trains run in the subway on weekends? Well, guess where on a long platform the driver decides to stop: who did not get there is late. Announcements of delays and breakdowns in the suburban transport system – a separate genre: explanation of the reasons vary from “system file” to “signal system failure. For Swedes accustomed to an orderly, well-planned way of life, any deviation becomes micro- (or not micro-) stress. And because indignation and protest are not accepted here, the Swede says: “Ojdå! (“Ojdå!”, “Ohoho!”) and releases steam as an unkind joke: both over a system failure and over a patient passenger – himself.

Another very “Swedish” place is the public laundries, which exist at every house. They say it is the only place where a Swede can be really pissed off – for example, if you use the laundry room out of turn or do not clean up after yourself.

A separate genre: humiliating notes that are written to neighbors who violate the ritual of using the laundry room – they are published books and sold in the department of humorous literature. The whole country is aware of the explosive nature of laundry meetings, so when a Swede accidentally meets his neighbor at the washing machine, he smiles from ear to ear and radiates benevolence with tripled force: just in case God forbid it to burst. Naturally, there is no Swedish comedian who makes no laundry jokes: a place of strength.

Politicians and those in power – created for jokes.

In Sweden, there is no censorship or any special piety to the authorities, so it is possible to joke about politicians – servants of the people in the literal sense of the word – in the kitchen, in youtube, and on television. Parliamentarians, government, leaders of the country are constant and almost the main “clients” of comedians: look, how the Swedish Prime Minister sings a duet with the German Chancellor about the refugee crisis – on the first channel of the Swedish TV.

Of course you can also laugh at religious figures, scientific luminaries, and any authority – Swedish society is permeated with a spirit of equality. The king is no exception in this sense – he is as public a figure and as public a person as any other authority. In the absence of his own monarchs, the king is willingly lent for jokes by his neighbors – for example, Charles XVI Gustaf and his family dance and sing in a series of rollers in Finnish supermarkets.

You can make jokes about your neighbors. Especially if they are Norwegians.

Probably in every country of the world there are neighbors, which is especially pleasant to joke about. The Americans find it a pleasure to jerk the Canadians, the French the Germans, and the New Zealanders the Australians. In Sweden, they can make jokes about the Danes (especially their “incomprehensible” language), but their favorite jokes are, of course, about the Norwegians, whom the Swedish general public has for some time perceived as younger brothers – until Norway suddenly got rich and surpassed Sweden in other economic indicators. “What is the name of a smart man in Norway? Tourist”. “How to sink a Norwegian submarine? Just knock, they will open it.

Neighbors, of course, reciprocate, and if you ask a Norwegian what is the difference between Swedes and Norwegians, you can get the answer: “Well, at least the Swedes have great neighbors. All these jokes may not be the funniest, but they are certainly not evil: they have a friendly curiosity and competitive spirit – but not aggression or offense in any way. And the relations between the Scandinavian neighbors are illustrated not so much by jokes, as by the Norwegians’ proposal to give Finland their own mountain for the 100th anniversary of independence.

The origin of a certain region is a reason for trolling. But for pride, too.

Residents of Stockholm (they are also called “zero-totta” – 08 – by phone code of Stockholm) are snobs. In Skåne, they speak a completely incomprehensible Swedish. In the north of Sweden, they think that the four cars in a row are a transport collapse. In Gotland they don’t like to work too much, and in the province of Smoland – everyone, on the contrary, is terribly enterprising and therefore stingy (an ideal example – the founder of IKEA Ingvar Kamprad already being a billionaire still drove an old Volvo). This list of stereotypes can be continued endlessly, and Swedes use it: jabbing a friend for an accent or some other local feature is not considered reprehensible.

On the other hand, neither accent nor origin from the backwoods is ever a reason for discrimination or an obstacle on the career ladder. For example, the host on central television can be Skåne and Swedish Finn, and for this purpose do not need to “retrain” and switch to the Stockholm dialect. Jokes are jokes, but no region, including the capital, has a monopoly on the only correct language in the country. Keeping identification with your small motherland is an advantage, not a disadvantage. And how many reasons to laugh at each other!

Poop jokes in many countries are considered a low genre or the fate of junior high school students, but in Sweden toilet humor is common. The topic itself is not taboo – and if someone went to the toilet for a long time, a colleague may ask loudly whether the scissors are needed. Poop can become the heroine of a children’s educational television program, and the popes can unite in an orchestra and perform a song. As a result, Swedish children have no hypertrophied interest in this topic (as there is no shame in the human body and natural needs), and adults do not hesitate at an important meeting to ask to the toilet (not to make a call, not on an important matter, namely, the toilet – what to complicate?).

Here is another typical example. In the comedy “The Cops” (Kopps, 2003) about how frightened by dismissals due to lack of crime, Swedish policemen begin to break the law themselves, but go too far, toilet humor appears at the climax. The policemen, handcuffed, run away from the special forces in the woods, and one of them is unbearably eager to go to the toilet. He sits down – and at that moment they are surrounded, and the policeman, who is frozen in a ridiculous position, is lit by lanterns. Everybody is laughing.

Puns? Very good, and the worse, the funnier.

“What is your last name? – Goridze. “What’s your name?” – Avas. “I am Nikolai Stepanovich, and you?” – Avas. – This simple and famous Soviet pun illustrates well what the Swedes call “Gothenburg humor”. The residents of Gothenburg are generally famous for their ability to joke, and the puns in speech can almost certainly determine the origin of the Swede.

How will a Gothenburg resident answer the question “In what country is the cheapest meat? – “Of course, in Korea” (because ko is a cow in Swedish, and rea is a sale). “How are vegans comforted?” – “Soya, soya” (Så ja, så ja – “there you go, everything is good”).

In the age of the Internet, of course, these puns have turned into memes. Here, for example, the answer to the question why perch (aborre) and roach (mört) cannot have children in common. Even if you do not know Swedish, the word abört will lead you to the right answer – from the point of view of the Gothenburger:

In general, political correctness and respect for others do not take away from Swedes the ability to joke and laugh – but these jokes almost never turn into a lightning rod for evil, do not turn into xenophobia or a desire to show their own superiority. Do you want to find a common language with the Swedes? Pironize the weather, tell us how you found yourself in a ridiculous situation because of public transport – and about the poop, too, if you really want. The main thing to remember is that poop is just poop.