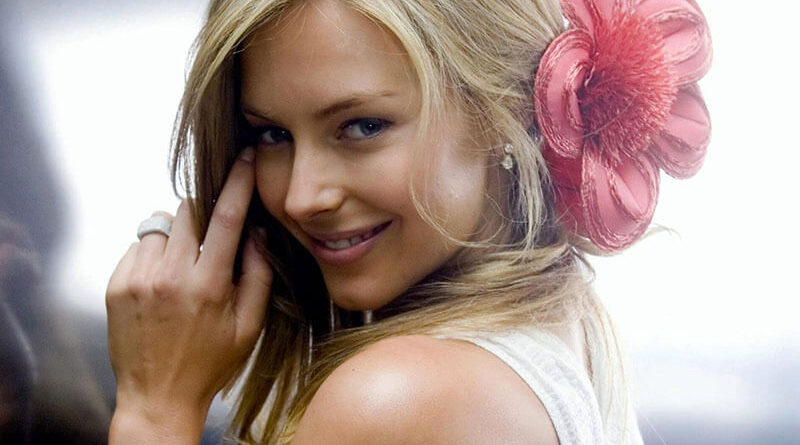 I decided to do the approach, I went outside, into the field, and then you had the idea, “What will she think?”, “Won’t she think something bad about me if I meet her?”, “Won’t she say no to me?” – is a very common glitch among those who just started doing pickups.

And the girls you’re approaching can support that glitch in you – with their cold eyes – like she really doesn’t like getting to know her or pretending not to know what you want her to do.

Girls are good actresses! Remember this – they can well, naturally play that she did not really understand that you want to meet her, believe the girl on the street perfectly understands why men approach her or she can build a muzzle – like you’re a maniac and that she was very scared, it may be for example, when, your opera, too crazy or you’re insecure or you don’t suit her appearance, and she’s doing it to get you off quickly, but thank God girls don’t really look at the appearance of guys and she can be squeezed, seduced by others with her qualities – to do this you have to communicate with her further, not run away from her immediately.

Or she can play that she does not like that you meet her – because they like these games – show perseverance – this is a female test.

In general, from the first seconds of communication it is desirable to show the girl that psychologically you are stronger than her – so she could not escape.

Remember your pickup truck roots – you were the most breakthrough sperm. You have to be persistent.

Well, if she really thinks you’re some kind of maniac, you’d better go from a girl who’s so slow, to another girl who’s not slow, there’s enough of both.

If you act congruently, she knows that this test won’t work on you.

Anyway, don’t give up right away, be persistent, keep in touch with her, though not right away, but she can be opened.

Understand you’re a man – you’re the Director of the Theater – when she looks at you so cold, and says NO, say to yourself “I do not believe” – as they say shitty actresses.

One of the reasons that girls don’t open up like that at first is that she’s not interested in you at first, the appearance, etc. – and the more confident you are, the less such checks.

But there are other reasons – the complex of girls, bad education of girls – like getting to know each other on the streets is bad.

Another reason – Bitches – who like to play with men on the hard, put “insurmountable” obstacles and see how good, strong, persistent, confident – the man to overcome them.

So, fucking them – these bitches – is a great pleasure – and the motivation to overcome these “insurmountable” obstacles.

This exercise promotes understanding of women.

You’ll never believe a girl when she tells you she’s not like that.

Many times I had situations where I met girls on the streets and they were not open at first.

But, I kept talking to her, in some cases, even like with a wall and she opened up.

For example, a long time ago, in the subway, I saw a very beautiful blonde girl, we were walking to the exit of the subway, on the stairs, I walked up to her, I don’t remember what I said, but she kept quiet – like not knowing me, I said something else, the same reaction, I went on and told her – “you have such beautiful hair than you wash it? It’s just that my hair isn’t growing (it’s not as long as yours)” and she opened up ! smiling, we started talking, I walked her out, we exchanged numbers.

Another example, spinning the girl on the street to go to my house, her answer – hard, unambiguous “NO” – I’m not like that, I do not go so quickly.

Very well played, I even felt cold when she said NO – there was a feeling that she did not go to my house. Waited for a pause for a few seconds (did not argue with her) continued to communicate on neutral topics, a little chatted to her, and also offered to go to my place – (all our communication took a couple of minutes) – I get up, I tell her, “let’s go”, and go to the road to catch the car, she followed me, we came to my house, where we had sex – but it would not have happened if I had not continued to insist on mine and would have given up after her word NO.

And there are many examples of that…

I was particularly enlightened in that regard after one story that happened to me a long time ago when I was a budding pickup truck.

I met a girl on the street, she was married, first date, sitting in the park, I start touching her, she’s closed, like no we’re not gonna talk like that and then this girl said rudely – “We’re not gonna have anything with you, you’re not a man, If that were what it would be” – I wouldn’t be a pickup truck then, but a nerd – spoiled for a long time, after her words it would be safe for me, but I was a pickup truck and we slept together the same day and continued to have sex more than once. Anyway, she lied to me (about friendship) and I fucked her for it.

If I had stopped my attacks on her body after these words “rakis”, then I wouldn’t have achieved sex.

Remember, we’re not crystal boys, and when a girl says no, it can mean anything.

Just because a girl says “no” doesn’t necessarily mean “no.”

I remember this case for life.

No matter what the reason is, girls can say “no”, break down when you spin them for sex, etc., and I noticed this thing after a certain period of time when she says “no”, after that period of time – she says “yes” – i.e. agrees.

I mean, the decision to do yes is just to wait for that period of her rejection.

For example, you meet a girl on the street, she says “no” you keep in touch with her (don’t leave her right away), she says “no” again, you make her play and she opens up to you, maybe she thinks you’re different from all the other guys who approached her because you were more persistent than them all. I mean, the other guys immediately walked away from her or walked away after, like, 15 seconds, and you lasted 45 seconds and you’re not gonna walk away/

Or this period may not be about time, but about the number of times she says “no” – maybe they just get tired of saying “no” – but rather they love when they get there, love men who stand on their own and achieve their goals.

It’s the same with the promotion of girls for sex.

Believe in yourself, don’t believe in girls!

Believe in yourself, a girl really needs men, they like it very much when you stare at them, men look at them, get to know him beautifully, seduce them.

And on the other hand – for the girl CATASTROFA – if nobody comes to get acquainted with her.

Who cares what she thinks?

In any case, by making an approach, you will gain experience and become a step above your fears, a step closer to seducing girls.

Actually, forget what she thinks, she wants to be fucked, but she’s afraid that other people will find out about her thoughts – so she has to play the role of a badass.

Girls get high when they have sex with them.

Don’t believe your eyes/ears, check the girls to the touch.

Like in the Bible, you’ll be rewarded by your faith.

They dream of adventure, they read women’s novels with adventure, where the main character acts in such a way that she loses her head, so give them an adventure – seduce them with fast, tear down their tower – no matter what she thinks – remember – you are the director of the theater.

You want to have sex with her, you don’t care what she thinks, but if you do, you know she wants to have sex too.