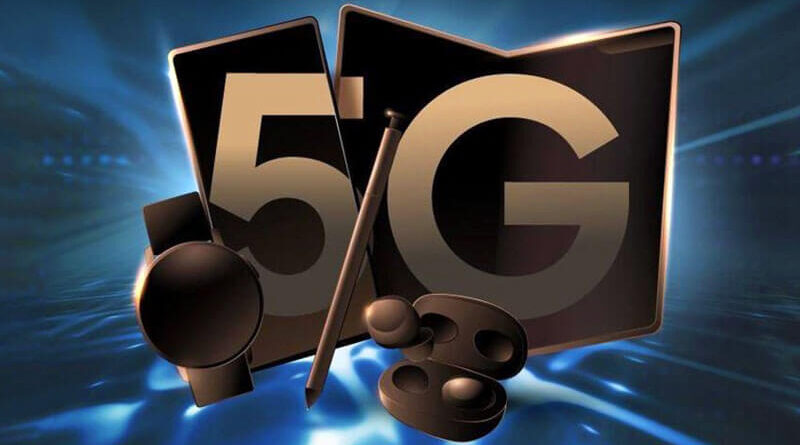 Until recently, there were four generations of mobile communications. Currently, operators are actively using the capabilities of fifth generation networks. There are currently 12,722 5G networks in the world in 34 countries, but Ukraine is still a long way from actively deploying fifth-generation networks. We talk about what the advent of 5G means for ordinary users and what are the smartphones that support this technology.The fifth generation mobile communication standard (5G) is a new stage in the development of technology, which is designed to expand the possibilities of Internet access through radio access networks.For new smartphones, 5G support is called an important advantage, and all operators report on the timing of the introduction and expansion of coverage of 5G networks. But what does all this mean for the average user? In short, now this issue is relevant only for those who live in not so large areas covered by these networks. These lucky people get faster and more stable access to the network, provided they have the appropriate equipment.

In Ukraine, so far there are only the initial stages of implementation, related to the need to allocate speech frequencies to operators and obtain the appropriate permits from the authorities. But the situation is changing quite rapidly, so you can look at the picture of the introduction of 5G in other countries to understand what may await us in the near future.What does a 5G network consist of?Although the spread of 5G remains high, the technology itself is not exactly what users expect. 5G NR means not just fifth-generation communication, but also the transition to new data rates from communication antennas to the subscriber’s phone. The 5G support claimed by the operator can mean quite different things to the end user. General – only the promise of greater speed and capacity of the network.However, perhaps the best difference between the different communication technologies is shown by the following image.

From a technical point of view, 5G is the next generation of mobile communications. So far, it is basically nothing more than a supplement to the existing 4G LTE network, giving the opportunity to increase network capacity where needed. As with 4G, there are three 5G categories that are driven by the frequencies used. These are the low-frequency and medium-frequency ranges, as well as the millimeter range (mmWave).

The main features of 5G technologyMassive MIMOThis technology involves the use of multiple antennas on the receiver. As a result, the data rate and signal quality should increase in proportion to the number of antennas due to spaced reception.

New rangesToday, LTE networks occupy frequencies below 3.5 GHz. 5G standards aim to use higher frequency bands. This will get rid of interference, but will increase the power of transmitters and more densely located base stations.

Network slicingThis technology will allow mobile operators to deploy logically isolated networks, each of which will be allocated to specific needs, such as the Internet of Things, broadband, video streaming and so on. In this way, the new generation mobile network will be able to adapt more flexibly to different applications.

D2D (Device-to-device)Devices that are close to each other will be able to exchange data directly.What regular 5G users will getThe most important and most noticeable consequence of the introduction of 5G is a significant increase in data rates. The results of preliminary testing showed the achievement of peak values ​​at the level of 25.3 Gbps. If we talk about the real speeds that await ordinary users, then in 5G they will reach 10 Gbps.

In practice, this will allow users to download bulk files and even Full HD movies in seconds. However, such speeds will radically change the interaction of application developers with end users, because updates to individual programs and entire systems will be carried out in seconds. High network bandwidth will also be needed for live broadcasts of high-definition video, virtual reality applications, and remote learning systems.The global proliferation of fifth-generation networks is likely to displace Wi-Fi from widespread use by the mass user. Because your smartphone, tablet or laptop will always and everywhere have access to the Internet, regardless of whether there is a router nearby or not.

Smartphones with 5G supportBuying a device that already supports 5G is not a problem now, but even here everything is not so simple. The first gadgets on the market that support 5G cannot work with low-frequency 5G networks. Newer models, such as the Samsung Galaxy S20 5G or OnePlus 7T Pro 5G, have already received support for all possible 5G ranges.However, when buying a phone, it is better to check in advance what frequencies the operator operates and which are really supported by the selected device, otherwise all the benefits of the fifth generation of communication for you will be reduced to the presence of the 5G icon on the box.This situation is true for the American market, and there is no reason to assume that Ukraine will be any different. Therefore, just buying the latest device to use 5G may not be enough – you need to know about the development plans of the operator.

Protected smartphones also do not graze the rear. At the end of 2019, MediaTek announced the flagship single-chip system MediaTek Dimensity 1000. After its announcement, several companies specializing in the manufacture of secure smartphones have announced that they will launch “armored” 5G smartphones in 2020. The first protected 5G smartphone will work on the basis of MediaTek Dimensity 1000.It is worth noting that the Ukrainian company Sigma mobile, which is known for its secure phones and smartphones of the X-TREME series, is constantly testing and updating its line of smartphones and is actively developing new models of secure smartphones for 5G. So soon we can get the first 5G smartphones of the Ukrainian brand.The growth of information requires an increase in connection speed, which means that only 5G has the potential to meet the future demands of smartphone owners. In addition to legislative problems in the implementation of 5G, operators also face technical difficulties. Therefore, operators in the US choose a simpler option from low-frequency 5G, which is considered a more reliable option for LTE connection. The full 5G network will work after the introduction of all possible frequency bands.