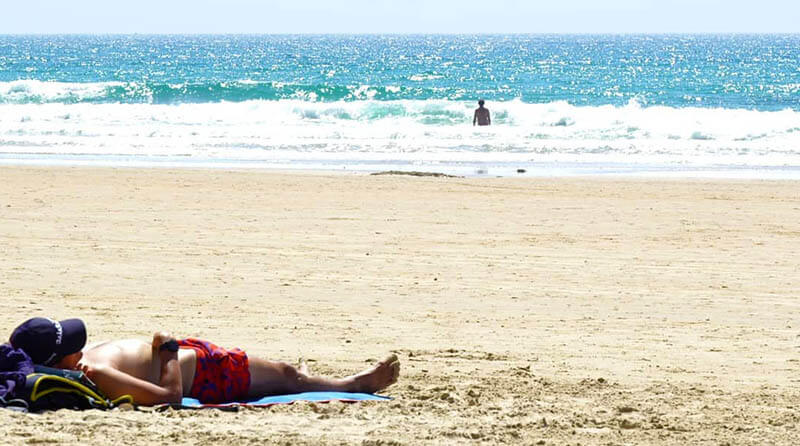 We wanted to write material, but we were so lazy… Wait. What is laziness? And how do you overcome it? Maybe we don’t need to? Since this text is out, and you read it, then, we still defeated laziness. And we’re ready to tell you how.

The fact is that laziness is everything. From simple idleness to actual fatigue. Any time you are not busy working hard, you may hear that you are “lazy. But real laziness should not be confused with an unwillingness in principle to perform a particular task, nor with fatigue and inability to find strength for an important matter. Moreover, a person who is lazy, internally feels a kind of reproach and shame for his idle pastime. Apparently, he subconsciously understands that this is not a well-deserved rest.

Doctor of Biology, senior researcher of the Laboratory of Comparative Genetics of Behavior of the Institute of Physiology named after I.P. Pavlov RAS, D.A. Zhukov explains the following. Laziness is a form of adaptation of the body, in which the need to save energy is excessively manifested. That is, of course, it is an extreme, but quite scientifically justified.

In order to concentrate on something, we, in fact, spend a lot of energy. In science this process is called inhibition. Here’s the paradox: it’s energy-consuming to stay still, both physically and mentally. The central nervous system strains at moments of focus on a particular task. The body’s unwillingness to expend energy to focus is one manifestation of laziness.

Another possibility is that you are not motivated enough to expend energy. In the journal Chemistry and Life, Dr. D. A. Zhukov cites a study as an example. In it, scientists first discovered that teenagers have a higher IQ than adults. In fact, this is not the case. If you tell an adult before testing that it will affect, for example, employment, the result will be much higher. Another option is to promise a monetary reward for correct answers. That is, you need enough motivation for a person to decide to expend their energy on the same IQ test. Teenagers immediately have an incentive – to boost their self-esteem with a high score.

Psychologist and Gestalt therapist Olga Eliseeva reminds us that behind a mask of laziness lies fear and anxiety. New tasks cause anxiety and fear of failure – unlike familiar tasks. This explains why sometimes we are ready to redo all our homework, just not to get to work. Then what we call “I’m lazy” actually sounds like “I’m afraid to take on so much unknown information.

After all, the roots of laziness lie in evolution. In primitive society, making extra effort over nothing was even fraught with death – you might not have the strength to fight the beast, for example.

Besides, laziness is indeed an engine for progress. It is not just a beautiful phrase that lazy people use as an excuse. Man strives to satisfy a need with as little energy as possible. Then he invents easier and more efficient ways of solving the problem.

As for the question “Do I need to fight laziness?”, the answer is yes. If you feel that laziness (rather than fatigue) prevents you from working, you need to do something about it. The main thing is to understand what causes laziness – then it will be easier to defeat it.

How do you fight laziness?

Would you agree to do it now? Then the task is definitely within your power. Not a bad indicator to know that it’s really just laziness, and not something else.

This way you will get rid of the fear and anxiety of a new and unknown voluminous task. In addition, you’ll be able to explore your task more deeply and visualize the steps to complete it.

Even if you remember everything. Even if you are not a fan of planning. The fact is that any structuring helps to make it psychologically easier. In addition, it is pleasant to cross out every time, even a small accomplished thing. And self-esteem will only benefit.

Usually you spend 25 minutes on each cycle of work. During this time, you are not distracted by anything and are busy doing nothing. Then rest for five minutes. And during this time it is better not to leaf through your social networks, but, for example, to do exercises or just lie down. After four cycles of work and a short rest comes a long break – usually lasting 30 minutes. You can set the timer yourself or find appropriate online resources and mobile apps.

Or create one. Motivation in the form of a reward that you get if you complete a task will be effective. When I was in elementary school, my teacher gave a candy bar every day to those kids who ate a bowl of cereal at breakfast (can you imagine cereal from the school cafeteria). And it worked like a charm.

Important stipulation: you must not have anything in your hands. And nothing should entertain you from the outside. At some point, you’ll get tired of standing, and you’ll start to act. Ideally, you’ll get down to business.

Of course, this is not a panacea, but physical activity really can help you cope with many problems. One of the ways it improves your performance. You don’t have to do a whole lot of strength training. A light exercise is enough – for example, 20 minutes. It’s not without reason that they say that a proper rest is a change of activity. After sitting at your desk for a long time, strenuously focusing on something and remaining motionless, the best thing you can do for your body is to finally let it move.

This sounds like a joke. But strangely enough, it’s really effective – this way you’re unlikely to forget the tasks you’ve started working on. They won’t let you rest until you complete them. It is the so-called Zeigarnik effect: a person remembers interrupted actions better than completed ones. Psychologist and founder of the Soviet school of pathopsychology Bluma Zeigarnik conducted an experiment together with German and American psychologist Kurt Lewin. During it, participants solved several tasks. At one point, they were interrupted without having finished some of the tasks. As a result, the subjects remembered better exactly those items that they did not manage to complete.

For example, to deal with the stress of being around certain people. Maybe that’s why a pleasant work team means so much to a person.