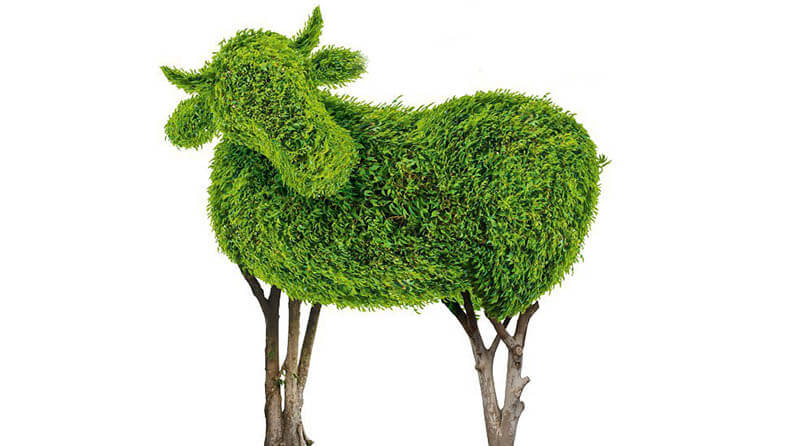 This year, burgers with plant-based cutlets from Beyond Meat appeared in Russian restaurants. These cutlets were recently invented in California, and they are the result of many years of work by fifty scientists, chefs, biologists, and physiologists.

The cutlets are made from pea protein, water, coconut and rapeseed oils, vinegar, starch, yeast extract, salt, and beet juice, which is responsible for the color here. Outwardly (and in the composition of the burger and the taste) to distinguish such a cutlet from the real thing is very difficult. Following the restaurants, plant-based meat has gradually started to appear in retail chains, but you still have to look for it there.

And since this product is increasingly becoming a part of our lives, we decided to find out whether it’s good or bad, and how to cook it better. Nutritionist and chef answer.

“Vegetable meat, which we cook in our burger corners, can now also be found in some Moscow supermarkets. So I will not only tell you about my experiences, but also teach you how to cook it and eat it.

I am a seasoned butcher. And the idea that meat can be imitated seemed blasphemous to me, and at first I was skeptical of this product. Until I realized that this meat was not invented for vegetarians, who sometimes want illusory meat, but for people who like and eat meat. The number of people and cattle on the planet is increasing disproportionately, and someday these plant-based cutlets will be cheaper than natural ones. So look at this product, for example, as a hydrogen engine – something useful from the future.

Now about the feeling. When I take in my hands a raw frozen cutlet of vegetable meat or just minced meat, I do not feel any difference. After defrosting, the difference becomes noticeable – the color and texture of the cutlet is very close to minced meat, but to minced chicken, it is more tender. This minced meat holds its shape very well: you want it to be a cutlet, you want it to be a meatball. There is no smell of minced meat. There is a mild neutral flavor of vegetable oils, but I can’t distinguish anything in particular.

It should be fried like regular meat, there are no fundamental differences in the preparation of such a cutlet from beef. It should be understood that this is a ready-made product that just needs to be well heated and lightly fried to get an interesting crust. For a frozen cutlet, a minute per side on the grill or on a griddle is enough. I recommend leaving the frying medium, otherwise the cutlet can be dry, although, unlike live meat, it almost does not lose moisture during frying.

Ready cutlet is great with ketchup, barbecue sauce and any hot and sour sauce. Tkemali of some kind would be very good. If you want to believe it’s meat, then eat it as a burger when it’s served with sauce, onions, herbs and buns. You won’t feel any difference. But if you want to feel the pure taste of the product, then put the cutlet on a plate – next to the mashed potatoes.

“You can’t call this product meat. Its basis is pea isolate. It has a lot of protein, but it is vegetable, and therefore incomplete in amino acid composition compared to meat, poultry and fish. What is pea isolate and how is it made? First the pea meal is dissolved in water, the antinutrients – complex starches and fiber – are separated in a centrifuge, and then the protein is precipitated in an acidic environment and put through the centrifuge again. This produces a product that has about 90-95 percent protein. Because the isolate is free of extra coarse fiber and carbohydrates, it is much better digested than peas and does not lead to bloating, flatulence, indigestion or other gastrointestinal symptoms (which are a major problem with legumes).

The amino acid profile of peas, although incomplete compared to animal proteins, is more balanced than, for example, soy protein, which was also once used to make meat. But it is still not recommended that people completely replace animal protein with vegetable protein and eat pea isolate every day precisely because of its incomplete amino acid composition. There is no harm in eating them regularly, but in order to feel well it is important to supplement the diet so as to get all the essential amino acids. However, if a person is a vegetarian or vegan, it is better to eat such a cutlet than to eat none at all.

Also, I do not advise giving it to children every day – you should not try to replace the usual meat with vegetable meat. Children do not yet have a formed enzyme system, and such heavy proteins like pea, they have a hard time digesting. After all, the same meat for baby food, we first process not only thermally, but mechanically: doing meatballs or soufflés. And also a child’s body is growing, and it is important for him to get essential amino acids – and vegetable meat, as I said, does not have them.

Everything that the producers of this meat write about their product is true. This product is gluten-free, very low in phytoestrogens, cholesterol, antibiotics and parasites. But this does not mean that the product is completely capable of replacing meat.