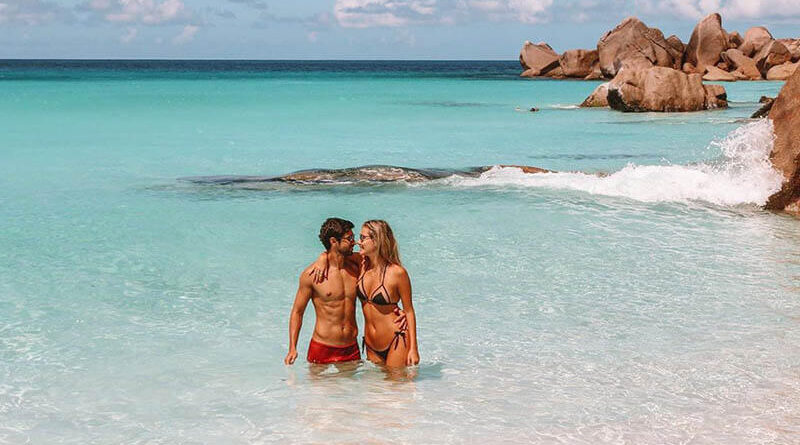 Your lips touch, your heart starts beating faster, all thoughts in your head disappear, you sink into the sweet aura of love and joy without noticing what is happening around you. Does it look familiar?

Yes, kisses can cause feelings that are, in fact, difficult to compare with something; of course, we are talking about real kisses, filled with sincere feelings and emotions. And, most interestingly, such feelings can be experienced by every person, they don’t need any special preparation to get them, if you find “your” half, then everything will go on by itself.

And if you think about where this tradition comes from – kissing, what is understood by the word “kiss”, as well as what kisses can be? And the most interesting thing is that most of us, even the most sophisticated readers in this intimate business, will not be able to give half the answers to the questions asked.

It became interesting for us to learn more about this question, because kisses are an important and integral part of human life. And it will be very interesting to shine with erudition in front of your partner, touching such an interesting case. Well, let’s try to figure it out.

No matter how much people try to understand who invented the kiss, they will most likely not find a reliable answer. A kiss was not invented like a phone or any other device, documents and ancient writings do not capture a moment that could be characterized as the first kiss in human history.

And it is not surprising, and it does not matter why the kiss was called a kiss, and who did it first. It was interesting to know what triggered this action, because there must have been some kind of push that would have prompted a man to touch a woman’s lips with his lips.

And, strange as it may seem, there are many hypotheses, and among them there are far from being the most aesthetic, for example, one of the assumptions is that once upon a time, in prehistoric times, human skin was a source of salt, which was produced together with sweat. Isn’t it too romantic?

But there are versions and much more romantic, for example, on one of them, people believed that together with the breath, which is transmitted during the contact of the lips, the partner was transmitted a piece of human soul and strength. Therefore, it was believed that the exchange of kisses is a kind of wedding of soul mates. It is already more pleasant, isn’t it?

During a kiss, through the skin and lip surface of a person, pheromones begin to stand out, which subconsciously convey to the partner information that helps bring bodies and souls closer.

Yes, there are many theories, we probably will never know which one is true, so it is better to leave the most romantic and attractive.

What is a kiss?

A kiss is a body contact, a kind of communication without the words of two halves, which can express in sign language their feelings of love, tenderness and trust in each other.

It is through a kiss you can understand whether this person is suitable for you at all, it is quite possible that after the first attempt, you will immediately understand the fact that this kiss will be the last for you.

There can be many reasons for this, because a real kiss can say a lot, even about how a person watches over themselves and follows the rules of hygiene, and this is important, especially for the initial relationship!

Many people believe that there are some criteria and standards by which to evaluate the quality and professionalism of a kiss, but this is all nonsense.

Every person is individual, he has his own norms, which for one is immoral and unacceptable, then for another is normal and even necessary. For some, the first kiss must be meek and minimal, while others begin with passionate embrace and deep French kisses.

So in this case, do not be shy, look for norms and criteria, act and practice, moreover, as scientists have already found out, kissing is also useful.

How useful is a kiss?

Yes, you have not misheard or mixed up the lines, kisses can really be useful. For example, kissing is a great helper in the fight against wasps stress, during the whole process stress hormones are killed, and they are replaced by endorphins – hormones of joy and happiness.

That is why those who like to kiss, often positive and cheerful people. And, for example, you knew that a French kiss burns about 26 calories! And this is not strange at all, because in the process, from 28 to 35 facial muscles are activated, which is also a kind of gymnastics, which is a good prevention against wrinkles. Don’t you believe it? Try it.

Long and passionate kisses are an excellent prevention against colds and viral diseases, in addition, a kiss can be an effective painkiller.

So if you have a headache or stomachache, kiss, if the pain does not go away, then, anyway, you will forget about it for a while, distracted by a more exciting process.

In addition, a kiss, as you probably have already noticed, increases the heart rate, which promotes the active movement of blood on the vessels, and this, in turn, contributes to the intake of more oxygen even in the most remote cells of our body.

The longest kiss has long been listed in the Guinness Book of Records, it was just over 30 hours. This fact was carried out by one passionate couple from Italy, they apparently tried to show that it is possible to live by eating only kisses. Who knows, maybe everything lasted much longer if the guy hadn’t gotten sick.

If you put all the kisses together, then a person spends about two weeks on kissing for life. The data, of course, are average, but somehow not enough, don’t you think? You need to break stereotypes!

According to statistics, it is believed that about 65% of people close their eyes when kissing, and the rest have a habit of seeing the face of their partner at such an important moment.

As strange as it sounds, but kissing can fight caries, because the kissing process normalizes the level of acidity in the mouth.

Of course, such an important and, we can say, vital process has not been left without an official day in the year, which falls on July 6. This day is the “World Kiss Day”. It is believed that the birthplace of such a holiday was Great Britain, where the idea that a kiss is worthy of its own holiday first appeared.