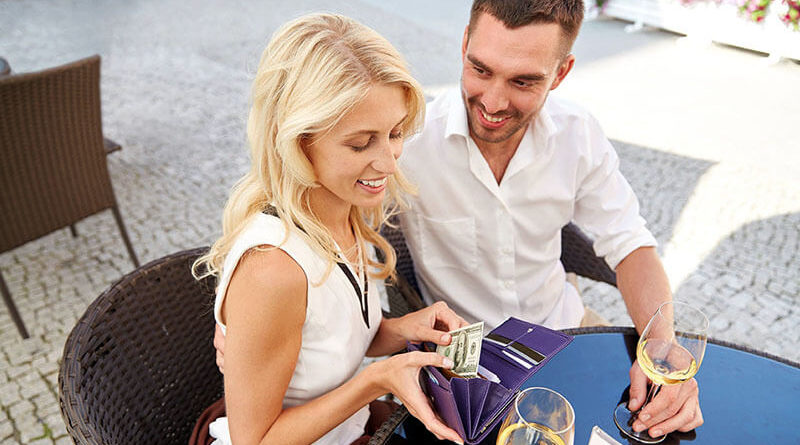 The author of the article spent a lot of time on dating sites trying to find his other half, which I would like to spend not one night, but all my life with. This may be a utopia and a complete mysticism, but the topic is different at the moment. Over the years, spent at the monitor screen, the author managed to clearly divide most girls in the category “up to 30” in separate subtypes. Since all the questionnaires on dating sites are clearly typified, the content of the standard paragraphs of women’s questionnaires can be understood: what class belongs to a particular girl, and what kind of joint future you can count on with her. Classification of girls on Runet dating sites (as the number of girls decreases)

1. Princesses. Some are looking for men “so as not to drink, not to smoke and always give flowers”, some simple Russian oligarchs, but they have one thing in common – the dream of a prince. Only they for some reason do not think about what can attract the above-mentioned princes their more than modest nature, which merge into a flat row of soldiers in the army of princesses – all in the same form and on the same face. Hold still! The prince on the white horse is about to choose! Recommendation: If you are not a prince, this category is not for you. A close look at you will be looking for flaws, and now, oh, you’re thrown from the tower princess to the dump, and she again dark eyes looking beyond the horizon.

2. Prostitutes (Prostitution – women selling their bodies for the purpose of livelihood, as well as for personal enrichment – explanatory dictionary of the Russian language)

2.1. Girls who know what they are doing and what it is called. A job is a job. For such girls it is written at once in the questionnaire: “intimate for money”, or “looking for a sponsor”. Everything is simple and clear with such people, that’s why men use their services – they are paid not only for the body, but also for honesty, although primitive, but a relationship.

2.2. A more numerous sub-item than the previous one, which competes with princesses, but it was derived by the second one, so that it could be assessed his belonging to the notion of prostitutes. Such girls shamefully hide their true identity in the questionnaire, convincing not so many of them who read the questionnaire, but themselves that they are not. But in the process of communication it turns out that a young man should have a car (a foreign car – God save us from Zhiguli!) Separate apartment and dust-free (so that he could devote time to his beloved, because the money they find as a result of a little – an echo of p.1) work, which could allow her to work one month a year, and the rest of the time to play in a man on the nerves. From princesses differ in that they are aware of their “princessessness”, so their demands are simply more practical.

2.1: There are few tricks – the price is negotiated in advance, but be careful and study just in case such a useful word as “clofelin”, and with what it eats, and even more often drink … – on paragraph

2.2: If you do not want to be a raw appendage, then beware if a girl for the purpose of acquaintance writes: “Man with a capital M” – you will be a capital M, if you agree, “established man” – girls 2.1 they write “wealthy”, and this is just a variation on the topic, also an alarming bell should sound in your head, if a girl is looking for a “guy” 10-20 years older than her – this is not Lolita, here you will not turn away with ice cream.

3.1. Fall in love with the first counterpart and the second transverse, each time sincerely believe in the purity of their own feelings. The dragonfly fable and the ant is about them, in the sense of the dragonfly. You can reach the winter with them, but in the new spring they will flutter in a new way, and no longer with you. How do you know that? Usually they are frank right in the questionnaire in their sexual predilections, have tattoos and piercing. Tattoos are a symbol of frivolity, because today you have one life, tomorrow you have another, you do tattoos today without thinking about what will happen tomorrow.

3.2. The sad outcome of the first subparagraph: girls under 30 years of age with a child in their arms – I have nothing against it, but if they gave birth to a child, and then parted with his father, ie, in fact, made a mistake in the choice, this action doubles the likelihood that they will also make a mistake with you. That’s why girls – that thinking is still childish, there is no responsibility for their actions. If you are young and looking for a long relationship, then you are not here.

4. The unlucky ones. Let’s call them that. As Zhenya Lukashin thoughtfully said in a famous movie: “And there is no family… no luck… it happens…”. It’s hard to say about this class, what caused the bad luck: the very process of failure or still hidden flaws of the girl. Either way, it takes a long, real relationship to see if she’s right for you or not. In real life, people find themselves in the institute or in the company of school friends, ie, up to about 25 years.

Then, when the character is already formed, it may turn out that the person with whom you have been with all this time, does not match your resulting character, and people start looking for their really second half. In most cases, they find new friends or at work. Those who haven’t – come to the Internet, because in Russia nowhere in fact intelligent people can meet: cafes, clubs, discos occupied by drug addicts, idlers and just petty criminals.

And if you do not want to be a pea, a raw appendage or run after a dragonfly with a net, then stock up on patience: to make luck smile not only to you, but also your other half – you need not just luck, but luck in the square. P. S. Little extras Pure Virtuals. The absence of romance in their personal lives pushes them on the trails of virtual relationships, love, sex. They never meet men in real life, rarely speak on the phone.

Often, they do not post their photos and boldly / boldly fantasize, filling out their virtual profile, distorting or exaggerating their data. Of course, they are good for this type of men. Which, oddly enough, also exist. Self-sufficient, mature women. They’re not looking for anything. It’s just that somewhere deep down they believe that He’s the only one…