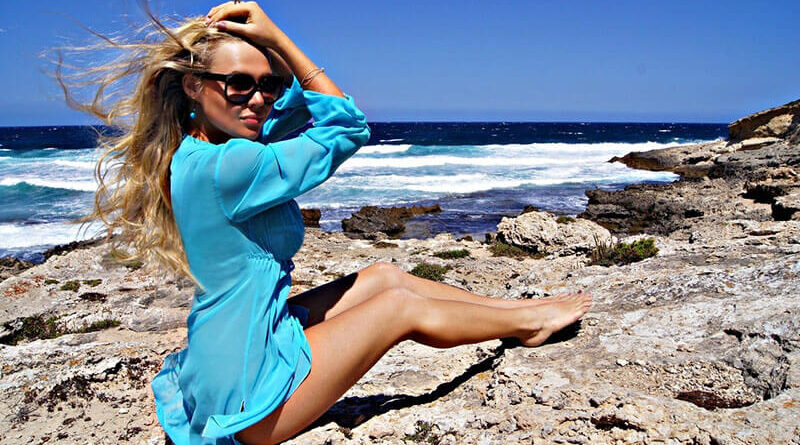 A sense of humor is one of the main features of a man’s character, which every woman dreams of. Psychologists argue that this is not only liked by the fair sex, but also makes men more attractive and sexier. It is always preferable to spend time in a relaxed atmosphere for a pleasant conversation with a note of humor, then to listen to hours of intelligent conversation. But it is worth remembering that women and men’s vision of the same situation can be very different, so joking should always follow the rules of decency and know the measure.

Due to the fact that the system of thinking of girls is based on many shades of the same emotion, you need to think carefully before joking on some topics. And here are some:

Appearances. Leaving a joke about makeup, hair, body or appearance features (long nose, ears stomping), you risk being sent home (or even far away) from the first minutes of a date. Appearance jokes are too much of a blow to your ego. By the way, if you are married or live together, it does not mean that you can allow yourself extra. Having at least once worn about the arsenal of products designed for care and carefully displayed on your shelf in the bathroom, you risk long begging forgiveness. It’s better to pretend that you don’t notice them. It’s for your own good.

It’s for your own good. Many women of the fair sex do not like to talk about age alone or in company, but even if you do not pass this conversation and you have a joke about it, think carefully before you say it in front of a woman. You can sell it as lowering the age (she may think you think she’s too young and stupid), or exaggerating it (because all girls spend a lot of time to look younger).

Problems. You can humor your own as much as you like, but her problems are better off. When a girl with tears in her eyes tells you about some, in your opinion, little things, the best way to calm her down – hug, pat on the head and whisper pleasant words in the ear. Option, common in the men’s group – to give a stupid joke and laugh at her together loudly, can create an even bigger problem.

Exes. In books on etiquette is unlikely to write about it, but in fact it is better to bypass such topics. And men themselves do not always like when they start talking about the former, why stir up the past? Logic is not always clear, but the fact remains that as soon as you start “hitting” on the ex-boyfriend, she will immediately begin to protect him, even if before half a year said that he was not far away and boring. By the way, guys, the ex-boyfriend jokes with your current girlfriend are worth giving up, too.

Cooking skills. Even if she’s been feeding you burned and unsalted eggs for a day, you can’t make jokes about it. This will definitely be stuck in the head of your lover and is fraught with either a complete rejection of cooking any food, or a constant fear of doing the “wrong” again. If there is something that she has cooked and really can not, take her patronage and try to cook together.

Relationship with technique. Many girls do have problems with technique. And if she chose the easiest way – pretended to be stupid and dumped on you all the duties of repair, and she quietly laughs behind his back, it’s a sin not to joke. But there are also those who study instructions, look through dozens of forums, trying to understand why it does not work. And if you have an unreasonable idea to show sexism at such a moment, be prepared that you may not say hello. In any, even the calmest girl, after jokes about an animal with a grenade at the wheel will wake up so evil feminist that your ego can not withstand such a bulk.

Pregnancy. If the mother of your future child during pregnancy has “grown” strange things to laugh at, it means that you must forget about this idea forever. In such a situation, it is important to know how to behave in general, so as not to hurt her most delicate feelings, and jokes are all the more inappropriate. Do not think to exercise wit about her sometimes-disproportionate figure, even if your loved one and himself often calls “elephant” or “hippopotamus”. From your lips, it will sound like the worst hurt in the world.

Sex. Last on the list, but one of the most important ones is actually. Don’t make fun of how funny she grunted during coitus or behaved in role-playing games. Just think about what else a lover might just fake. Would you like to make a joke then?

If you’ve decided that after all the taboos aren’t left to make jokes, you’re wrong. You’ll find them, and most importantly, always think before you say it.