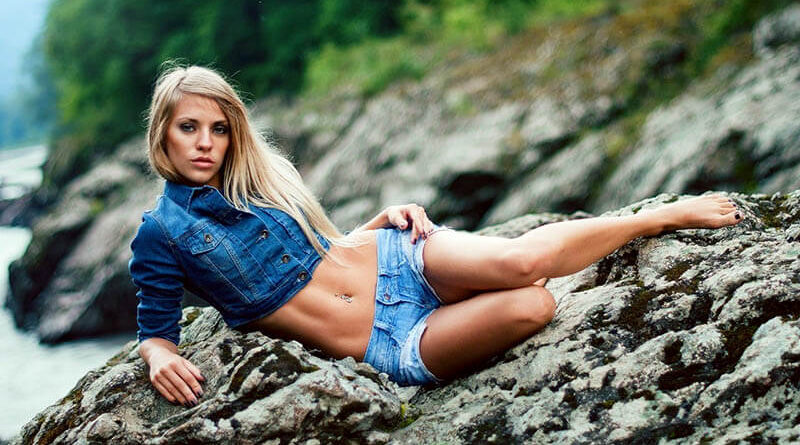 This question may seem strange to some, because, in fact, both men and women have enough of their own advantages, which may not be available in the opposite sex. However, if you look closely, you can draw some conclusions that are really indisputable. They will definitely please the beautiful half of our society, will be able to raise self-esteem, as well as increase self-confidence.

Is a beautiful sex a weak sex? What a foolishness! If you think about it, a woman is a special creature that can do a lot, especially if she sets a certain goal.

And we are incredibly lucky to live in the modern world, when a woman is kind of like a man – gets an education, can build a career or, if she wants to, can devote herself strictly to family and home, hanging all the financial difficulties on his man. And no one would dare to say that she is a failure, a woman is allowed to show weakness, while a man is not.

What can I say, a man has only one option for a successful life – to succeed in his career, only then is it considered that the man has self-realized, while a woman can realize herself both in the family and in her career. The same is true for weaknesses.

If a woman is profitable, she can, without hesitation, show her vulnerability and the need for protection. Well, for example, a woman should give way in the bus, she should not pay for herself in a restaurant, dinner with a man, a woman does not have to carry heavy loads or “climb with fists” to the offender, it is enough to complain about it to her man.

Men were brought up differently – they must be strong and brave, protect the weak, and do not express their not the strongest sides. At the same time, if a woman is comfortable, she can become strong and confident and overcome many difficulties.

By the way, it is a well-known fact that women are less prone to deep depression with fatal outcomes in such positions. And it’s because a woman, when she has a hard and bad time talking, can cry “in the vest” to a friend or friend, which is not given to a man, because he must be strong.

Men do not cry. By the way, women’s stress is often easy to treat – it is enough to buy a new sweater or lipstick, and the vital tonus immediately increases.

But this does not mean that women are not distant and superficial creatures, it is rather that they are able to switch from negative moments and enjoy even the smallest things that men are most often unable to do.

In addition, everyone knows about women’s ability to do many things simultaneously. For example, a young lady easily copes with cooking soup, simultaneously checking the lessons from the child, and communicating with her mother on the phone. Men have single-threaded thinking, but if he does something, he can’t even think about other things.

By the way, this amazing ability concerns the female vision, a woman is able to see the world at 180 °, that is, when she looks, she notices everything, easily navigating and determining where her child or friend is.

But a man’s gaze is directed directly in front of them, they look like a tunnel, often without seeing what is happening in front of their nose. This can also be called inattention or distraction, but the fact remains.

But the man is stronger!

Yes, the physical advantage is undeniably present, but it has long been known that women are often more enduring and, by the way, women’s pain threshold is much higher, they can easily bear the pain and less tired.

To take such a primitive example, a man, going out 3 hours on the market with his wife, comes home and falls on the sofa from fatigue, the girl finds the strength to also make dinner, feed the family and clean up the apartment.

The advantage of women over men is also expressed in physical health, a woman, though sicker, but easier than a man, in addition, she often endures the disease “on her feet”, without changing her usual lifestyle – goes to work, engaged in children and family affairs.

If a man gets sick, even insignificantly, most of them go to bed and consider themselves almost at death.

By the way, from a medical point of view, a woman is less susceptible to liver, kidney and intestinal diseases, as well as heart disease.

Because of their constant restraint, men are more susceptible to heart attacks and strokes. And, by the way, women are not threatened with impotence and prostatitis, but, of course, there are many purely female diseases.

Beauty is a strong and powerful weapon

There are no ugly women, there are only those who are lazy or unable to take care of themselves. It is for women who invented all sorts of tricks and auxiliary attributes that help a woman look attractive and seductive.

A beautiful and self-confident woman’s chances to arrange her personal life, as well as to succeed in a career significantly exceed the chances of even the most beautiful and seductive man. Only, of course, if the boss is not gay.

By the way, even full ladies live easier than full men, because significant volumes in the chest and hips area cause a lot of interest from the opposite sex, which is not true for men.

And in general, a woman with the help of one of her looks can become successful and happy, even defeating such trifles as fixing a computer and moving a closet. All you have to do is ask and smile correctly.

This is not the end of a woman’s dignity, but on the contrary, it only increases. What to hide here, women are more beautiful than men, and the naked female body has become the object of many works of art.

And also, women are much later bald than men, in addition, they can safely use the services of hair dyeing to hide the unwanted gray or simply, deciding to change their appearance to something new and unexpected.

And, finally, the most important thing. A woman is able to give birth to a child, and she will be sure that it is her child, which is not always given to men.

We hope that if you had a bad mood, this article could cheer up and cheer up even the saddest beautiful half of our society. Love yourself and remember that being born a woman is wonderful, but do not forget that without men we would be bored and uninterested, because a woman has another, constant weakness, to love a man, closing your eyes to all their shortcomings and mistakes.