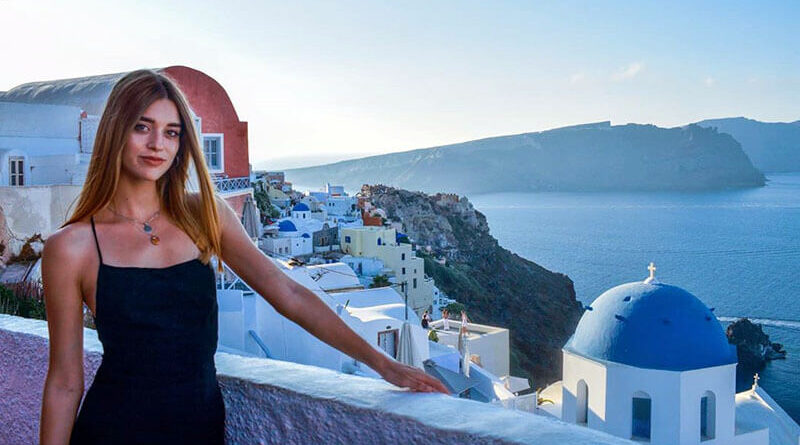 The situation in which a good and decent girl chooses a rabid scoundrel, scoundrel and scoundrel is not so rare, on this topic many films have been made, hundreds of books have been written and there are many reflections of ordinary people. Why is that?

And if women do not care much about this question, men marked “good” periodically baffled by this thought, especially after another failure with a lady who made her choice in favor of such a scoundrel.

But you gave her flowers, brought her candy, gifts and gave her restaurants, the golden mountains and promised a bright future. And he only occasionally appears, periodically eats strong alcoholic drinks and his attitude to this lady can hardly be called a good word …

Despite the sincere desire of a girl to find a loving, kind, understanding and caring guy, as a result, for some reason, often everything happens exactly the opposite, and that’s where the legs of all these endless female dramas, broken hearts and heavy partings grow.

No matter what your friends and girlfriends say, no matter how persuaded your parents, she still continues to wait for his call and assure everyone around in the stormy fateful love.

What is behind such strange behavior, where do such strong feelings arise, and where does the sense of self-esteem disappear when he once again cheats or just does not appear for a long time? Let’s try to figure out why girls love bad guys so much.

Psychological side of the question

Many psychologists agree in a single opinion: women love the “bad guys” because it is in them you can find the maximum collection of frankly “masculine” qualities: fearless, self-confident, with the obvious characteristics of the leader, unpredictable and independent, and sometimes even aggressive and reckless, in short, a real male.

He arouses strong feelings from both sexes: men respect him and listen to him, while women admire and try to get the attention of “real man”, because he is a real hero of a love story.

If we go as deep as we can in our reflections, we will find that the roots of the issue go far beyond the present, into primitive society.

Female behavior is largely based on instincts, so it is not always predictable and understandable from the outside: during the primitive tribe, the priority task of women was to bear and raise offspring, and for this it was important to find a real male who is able to feed the family and protect against wild animals.

In fact, nothing has changed today, and in these “bad” men, often there is something that acts on women, so to speak, exciting.

Despite the fact that today we intelligently understand that a modern alpha male is not exactly what is needed for a long and strong relationship, which is so valued in our society, instincts in this matter play a treacherous role.

Well, how can one look next to such a charismatic “macho” a quiet and modest “good guy” who does not break into a fight for you, does not have a huge self-confidence, and prefers quiet and predictable home evenings with a cup of your favorite tea?

What can I say, this prospect does not look romantic at all, whether the case “bad boy” – passion, intrigue, unpredictable pastime, life with such a man is not boring.

Every lady wants, at least once in her life, to feel like a real beast, a fatal beauty who can conquer men’s hearts at one glance and bring them to a semi-faint state of love.

In the representation of most beautiful ladies laid the following stereotype: anyone can win the “good”, for this does not have to be any special.

But to charm and seduce a bad guy is the fate of real goddesses, with professional inclinations seductress, women, like men, real hunters! The sad thing is that even having conquered such a “dangerous tiger”, it is extremely difficult to turn him into a “tender kitten”, because people, in most cases, do not change.

The sadness is green

Another reason why women often go to the abyss of passion with a bad man is elementary boredom. The boring greyness of days – work-home work – is what has long surrounded her and does not plan to change under any circumstances.

And here appears on the horizon a brutal and unpredictable macho, capable of making a real fireworks, a storm of emotions and a sea of unusual moments, which with an ordinary and simple-minded guy, used to live by the rules, you certainly do not get.

With such a lover-hero, a woman feels a real beauty of some American love movie, where the “bad boy” falls in love with a good, but, at first glance, inconspicuous and very diligent girl. Except life isn’t a movie.

“Girls choose the ones they think they deserve.”

The phrase, which fully reflects the essence of another common reason, is the basis of such unequal relations. Girls who have low self-esteem as regards their appearance, work or education often choose a man who, in her opinion, will be able to accept her shortcomings because she herself is far from ideal.

They believe that they are not worthy of good guys, consciously making a choice in the direction of the bad guys who, in the opinion of the girl herself, can love someone like her. It’s a pity this opinion is often wrong.

Most women, despite their age and status, remain romantic and gentle nature, who believe in the miraculous properties of love. Women such as the magnet, attract all kinds of alcoholics, scoundrels and philanderers, because they truly believe that the power of their feelings can change them.

Like in a beautiful melodrama: the bad guy becomes a good and kind guy, he admits all his mistakes and goes on the right path of love and family happiness.

Such ladies consciously make sacrifices for good, hoping that one day their efforts will bear fruit, and they will become “owners” of a tasty bite, but most often, they for many years only tolerate humiliation and bullying, which is unlikely to grow into something good.

What to say, build a relationship with a partner who does not respect you and constantly fluttering nerves – a bad idea, because it is almost impossible to rehabilitate such a person.

Most often, with bad boys meet romantic and young girls who do not yet understand what the future may be behind it. But, after the first burn they become wiser and, in most cases, begin to appreciate the kindness and modesty of the usual “quiet”.