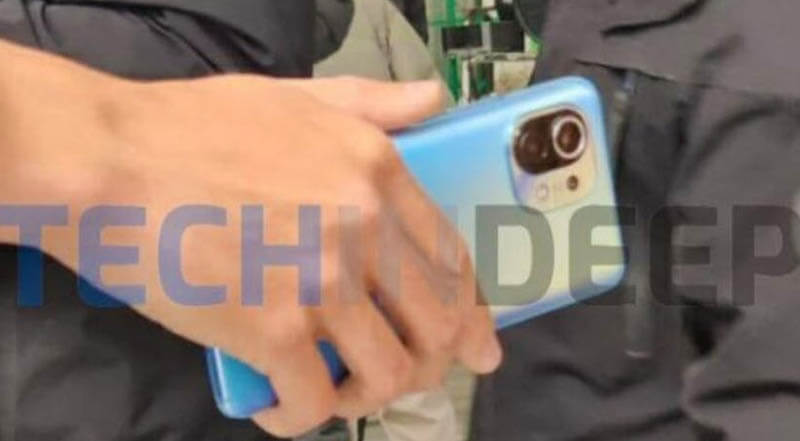 Photos of Xiaomi Mi 11, the announcement of which may take place at the end of 2020, appeared in the network.

This is reported by the analytical portal “Khvilya” with reference to Techindeep.

The new flagship will be an updated version of the beloved by users Xiaomi Mi 10. Insiders first of all pay attention to the original design Xiaomi Mi 11.

Based on the freshly obtained footage, the novelty will get an unusual design of the main camera. So the rear camera unit may become the main “feature” of the flagship’s appearance. The resolution of the front camera may be 32 megapixels and the main sensor on the back may be a 108 megapixel module.

Two sensors are outlined with a black pad and one of them has a silver trim. On the left is the third sensor and LED flash. And all this was combined in a square block with smoothed corners.

Also according to insider information, which the company has not yet confirmed, the new Xiaomi Mi 11 will be equipped with a dual battery capacity of 4780 mAh, QuadHD+ OLED display with 120 Hz refresh rate, Snapdragon 888 processor and fast 55-watt charging.

Recall that a new Nokia smartphone model has been declassified. The new smartphone model will be quite tiny – the length of the body is 149 millimeters. The device is equipped with a five-megapixel camera, and will run on Android. The smartphone runs on an 8-core processor with a clock frequency of 1400 megahertz, has 2 gigabytes of RAM and 64 gigabytes of internal memory.