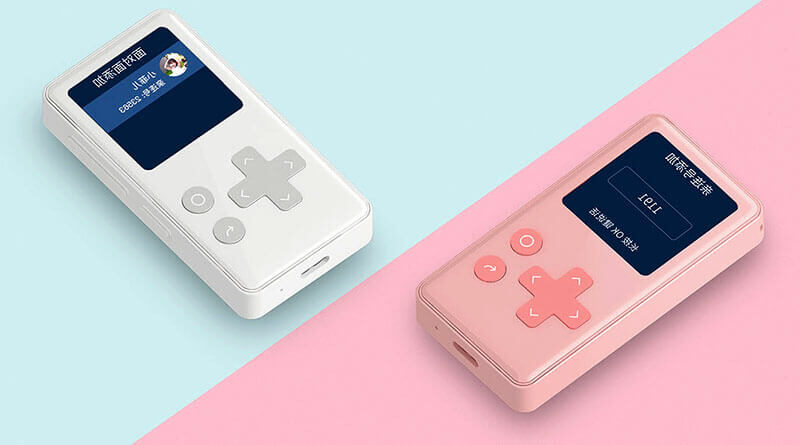 Xiaomi subbrand – Qin AI company – specializes in the production of button smartphones, which in terms of functionality and technical characteristics are little inferior to the best budget mobile devices Xiaomi. One of the most successful button phones from Qin AI is the model Xiaomi Qin AI 1S.

Introduced in early July 2020, it’s more like a Game Boy, but far superior in features. Named Qin AI Life, it’s designed for a children’s audience that no longer sees the phone as a means of communication, but as an entertainment device.The phone weighs 74 x 38.6 x 12.1mm and weighs 48g, so it’s easy to hold even a small child. On the front side of the body is a screen with a diagonal of 1.54 inches and a resolution of 240×240 pixels. To control the buttons are made in the form of a cross, ie, as on the classic game joysticks. To the right of it is placed two large hardware keys.

Thanks to this solution Qin AI Life phone is perfect for gaming, as it is much more convenient to control the game character.

At the same time, the manufacturer has taken care of the hardware stuffing. Thus, the phone has Wi-Fi, GPS, Bluetooth, as well as an eSIM chip that replaces the plastic SIM card. The installed firmware has several training applications, educational and fiction literature, built-in encyclopedia with the ability to read articles aloud by an electronic speaker.XiaoAI voice assistant support is also implemented.

One of the gadget’s useful features is the presence of remote parental control, including parents can see on their smartphone the location of their child.

The built-in battery capacity is 1150 mAh, which can be charged in standby mode for 2-3 days.In China, the Xiaomi Qin AI Life phone is offered at about $60, and when it enters the Russian market, the price may increase by another $15.